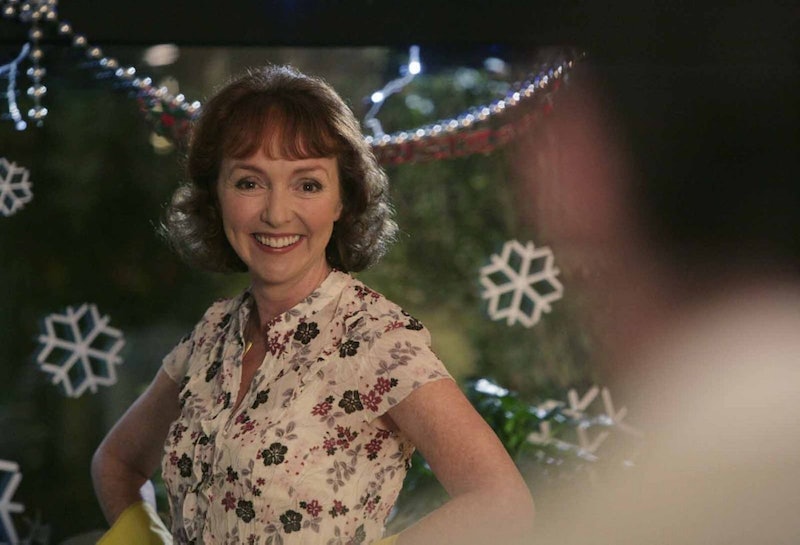 Actor Melanie Walters has shared an update on the future of Gavin & Stacey and hinted at the possibility of another series.

Walters, otherwise known as Gwen from the hit series, made the comments during an interview with Radio Times, during which she was quizzed on the BBC’s sitcom’s potential return. “There are no plans that I know of at all,” she said. “All I can say is that I’d love to play Gwen again. I think we’d all do it if there was one – I’m sure.”

Corden, who played Smithy, was also quizzed about the show’s return earlier this year during an appearance on BBC Radio 2’s The Zoe Ball Breakfast Show. “I know that whenever your Gavin & Stacey co-stars are interviewed everybody always asks, ‘Will there be more?’ And occasionally you feel like there’s a little carrot, a little possibility. What would you say to that today?,” asked host Zoe Ball.

As the Radio Times reports, The Late Late Show star confirmed that there are currently no plans regarding the future of Gavin & Stacey, adding, “But that’s not to say there isn’t the want, or the inclination to do one, you know?”

Walters also spoke of the cast’s mixed feelings of returning to the series for the Christmas 2019 special. While the cast were “quite apprehensive” about returning after not seeing each other for such a long time, when they met each other for their first table reading “it was like we had only seen each other the other day,” she explained.

“It was like a long lost family. We all got back together,” Walters continued. “It was one of the best filming sequences of Gavin & Stacey. It really was, it was the best one. We got on so so well, it was delightful. It was just unbelievably brilliant.”

Referring to the Gavin & Stacey 2019 Christmas special — which became the most-watched Christmas Day show that year with a massive 11.6 million viewers — Corden added, “It’s funny, when we wrote that last special, when we went in to write it, we never really thought whether we’d make another one after it. But then that special ends on such a [cliffhanger], it’s so open.” The actor continued, “I think it would be a shame to leave it there. That’s certainly my feeling, and I think Ruth [Jones] feels the same.”

Per Sky News, Corden isn’t the only Gavin & Stacey star to have commented on the sitcom’s potential return as of late, and Rob Brydon (who portrays Bryn West in the BBC sitcom) also shared his thoughts on a finale special.

Speaking on the Brydon & podcast, the actor said show writers had left viewers “hanging” at the end of the 2019 festive special, during which Nessa (Ruth Jones) proposed to Smithy (Corden). "Well, I think they might do one more special. Because they left it hanging, didn't they, with the proposal?” Brydon continued, "So it would seem strange if they didn't. But they should crack on if they are going to do it.”

During an interview with Metro in early 2020, Corden and Ruth Jones, who co-wrote the hugely successful 2019 Christmas special, also revealed that they “hope one day we can let them know what Smithy said next,” implying a follow-up could indeed be on the cards. But, for now, at least, we’ll just have to wait and see.

This article was originally published on Dec. 27, 2019