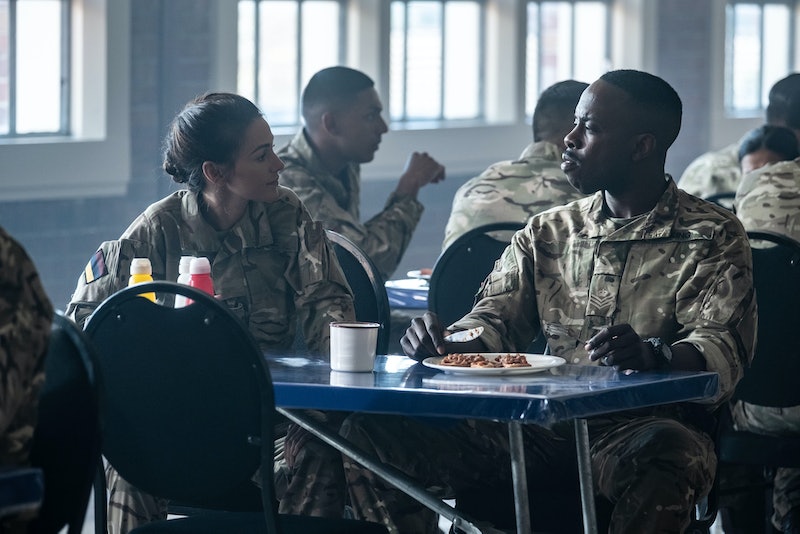 With BBC’s Our Girl, if it isn’t the story that grabs you, it’s the location. Georgie Lane and 2 Section often find themselves very far from home, and so do the cast. Camp Bastion in Afghanistan features heavily in both the first and fourth series of the hit shit, but is Our Girl filmed on a real army base?

It turns out Our Girl is actually filmed their Camp Bastion scenes around Cape Town in South Africa rather than Afghanistan. Once there, the production team had to build a number of sets including one of a Forward Operating Base, as producer Ken Horn explained in a blog post for the BBC back in 2014.

For the third series, which saw 2 Section in Nepal and Nigeria, the cast and crew again used South Africa as a main filming base. Although some of Nepal's exterior shots were filmed actually in the country, the interiors were all in South Africa, the Radio Times notes.

For the fourth series, along with South Africa, some filming took place in the Malaysian Taman Negara jungle, per The Sun, where temperatures can reach 35 degrees celsius during the day. "[Malaysia] was a really humid heat so you were just sweating the whole time and it's weird because you just adapt," Keegan told Radio Times. "I look back now and think I can't believe I did that."

Surprisingly enough, the setting that caused producers the biggest headache was actually good ol' Blighty. "“Moving a film crew around the world is very expensive and we were committed to filming in Nepal and South Africa and the cost of coming back to England and filming the few scenes was prohibitive because you have to fly your actors back as well as the whole crew or pick up a new crew. So in fact Manchester gave us more trouble than anywhere else," producer Tim Whitby told the Radio Times, adding: "We filmed the British air base in South Africa and we filmed a Manchester cafe in Kuala Lumpar with a very vigorous rain machine."

Despite not actually using real army bases, that's not to say that the cast haven't had experience on a real army barracks. Back in the first series, Lacey Turney (who played Molly Dawes) trained at base in Pirbright, Surrey, where she joined "real recruits" and completed "ten weeks of the 14-week induction course". When Michelle Keegan joined the cast in the second series, she trained under Tercel Medical Group in Aldershot to "really get a feel" of being an army medic. "This was no picnic!" she exclaimed in a blog post for Hello magazine (via the Mirror). "Even though it was hard and pushed me physically and mentally," the actor continued, "I feel a sense of achievement and a lot of respect for anyone who has gone through this kind of training."

Watch Our Girl on Tuesday nights on BBC One. Catch up on iPlayer here.