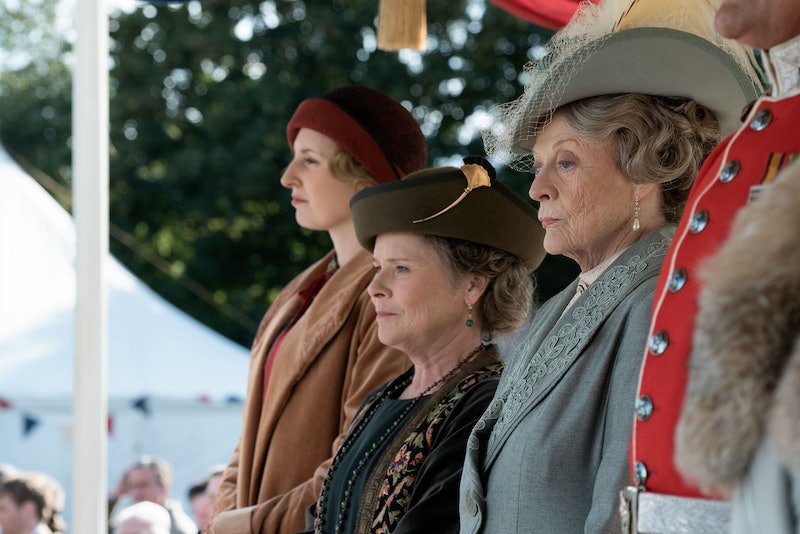 With grand dresses, great estates, and the monumental sass of Lady Mary, it’s little surprise as to why the first Downton Abbey movie was such a massive success. It had all the magic, humour, and class of the series but in feature-length form. Since it was released in Sept. 2019, fans have been asking if there will be a sequel to Downton Abbey, with so many questions left unanswered. Will Lady Violet Crawley (played by Maggie Smith) return? And with a budding romance finally on the cards for Tom Branson (played by Allen Leech), I have to know more.

Well, fear not, if you’ve been waiting for more antics at Downton Abbey, it looks like another film is definitely on the cards, according to actor Jim Carter. However, fans may be waiting for a fair while to see it.

The actor, who plays the dutiful butler Carson in the series and the 2019 film, has revealed that a second Downton Abbey film is in development. Appearing on This Morning on Thursday (Sept. 24) Carter let slip that a script for the long-awaited sequel has already been written.

“If you promise not to tell anyone,” he told host Holly Willoughby. “I’ll let you know that we’ve seen a script”

Appearing on the popular chat show to discuss Downton Abbey’s 10th anniversary (the show was first broadcast on 26th September 2010), Carter added that the script for the second iteration of the film was “very funny”. “It’s got all the same characters in, all the regular characters, and I think the will is – COVID willing – we’ll film it next year,” he added.

Given that Dame Maggie Smith’s character Violet revealed she was ill at the end of the last film, hosts Holly Willoughby and Phillip Schofield pointed out how much fans have been anticipating a second film, hoping for some insight on her fate. However, Carter was quick to keep a tight lip on any would-be outcomes for any of the characters, replying: “I’m not going to give anything away about plot lines!”.

Joanne Froggatt, who plays Anna in the popular period drama, also appeared on This Morning in March 2020 and said, “I’ve heard whisperings, there’s nothing concrete, no script yet but there is talk of it.” While she couldn’t give anything away when asked about a second film she said, “I think I could be persuaded. I’d love to do it again. It’s just so lovely to go back and work with a group of friends.”

Downton Abbey, the series may have ended in 2015 but the success of the first film and buzz around the sequel highlights people really aren’t ready to let go of the Crawleys. Speaking to Town & Country in September 2019, writer Julian Fellowes said, “It was as if people hadn’t quite been ready to say goodbye to the whole thing. There is something rather extraordinary about the whole adventure.”

Fans were left a little heartbroken as at the end of the first film it was hinted that Violet Crawley, Dowager Countess of Grantham, played by Dame Maggie Smith might die soon and she asked her granddaughter Lady Mary (played by Michelle Dockery) to take over affairs should that be the case. While you’d assume that the second film would pick up after her death. Hello reported that in a recent interview, Fellowes said, “We should remember that at the end of the film, Maggie was by no means dead. You imagine Violet is on her way out, but that decision hasn't been reached.” So, there may be a twist to come in film two.

More like this
The Office Lego Set Includes All Your Favourite Dunder Mifflin Characters
By Sam Ramsden
‘The Simpsons’ Will *Finally* Address How They “Predict The Future”
By Sam Ramsden
The First Trailer For Zac Efron’s 'The Greatest Beer Run Ever' Is Action-Packed
By Charlotte Moore and Sam Ramsden
The Sean Bean Intimacy Coordinator Controversy, Explained
By Sam Ramsden
Get The Very Best Of Bustle/UK

This article was originally published on Jan. 20, 2020