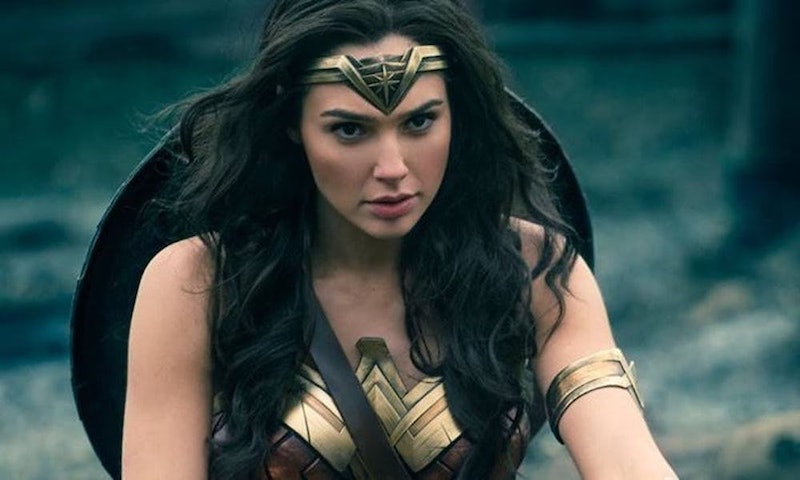 Patty Jenkins' highly anticipated (and much delayed) Wonder Woman 1984 will finally arrive in select theatres and on HBO Max come Christmas Day. Diana Prince (Gal Gadot) and Steve Trevor (Chris Pine) are back to square off against new foes Cheetah (Kristen Wiig) and Maxwell Lord (Pedro Pascal) — this time against the backdrop of shopping malls and other retro 1980s settings. The release has sparked renewed interest in Wonder Woman 3 and whether a third film will even happen. The answer? It's complicated.

Jenkins, for her part, has revealed that she and Wonder Woman 1984 screenwriter Geoff Johns already have a story for a third film locked and loaded — one set in a more contemporary backdrop. The director first teased a potential third film in an interview with The Hollywood Reporter last year, revealing that she had no interest in setting it in the past again. "I'm not planning to put it in the past again because where are you going to go? You have to go forward," she said. "It's definitely a contemporary story. That's all I can say. Where we put it and how that gets figured out, I haven't totally nailed down."

While this is good news, Jenkins told CinemaBlend earlier this month that despite the existence of a story, a third film might not happen anytime soon due to the upheaval caused by the pandemic. "I don't think I'm doing it next, and so I sort of have to wait and see where we are in the world," she said. "It's interesting. What I wanted to talk about in this film was very prescient to what I was feeling, and what you were feeling, was coming. So now? I'm not sure. So much has changed in the world."

What's more, the director suggested to the New York Times that she wouldn't be interested in a third film without the potential of it being released in theaters. "I know that I'd love to do the third one if the circumstances were right and there was still a theatrical model possible," Jenkins said in an interview on Monday, Dec. 21. I don't know that I would if there wasn't."

Jenkins isn't the only person who remains hopeful. Gadot has been vocal about her desire to reprise her role as Wonder Woman in a third film, explaining that it would be "nice closure." Gadot told Variety on Wednesday, Dec. 23, "You never know. I would love to do another one if the story is great and with Patty of course. But I don't know. We'll have to wait and see."

More like this
Alan Rickman's Diary Reveals Why He Considered Leaving 'Harry Potter'
By Darshita Goyal
Lin-Manuel Miranda & Tituss Burgess React To 'Little Mermaid' Casting Backlash
By Radhika Menon
Margot Robbie Breaks Her Silence On *That* Viral 'Barbie' Moment
By Maxine Harrison
Everything You Need To Know About ‘Black Panther: Wakanda Forever’
By Bustle Editors
Get Even More From Bustle — Sign Up For The Newsletter