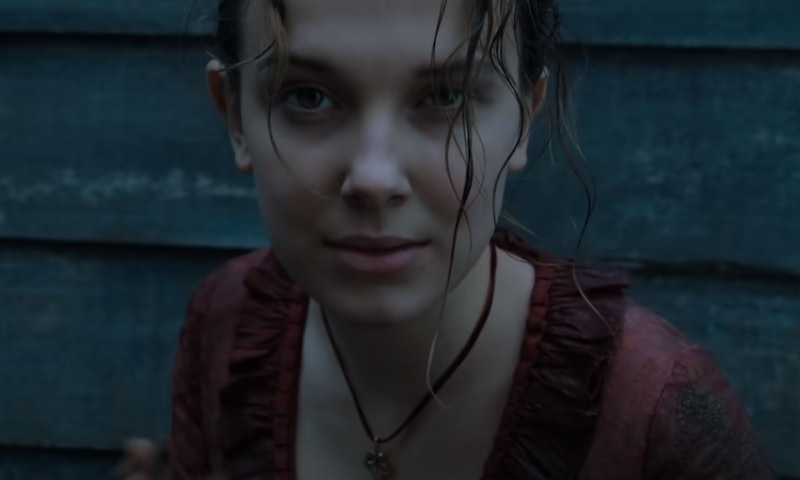 Netflix just dropped its latest original film Enola Holmes and given that it's already received a 90% aggregate critic rating on Rotten Tomatoes, the Millie Bobby Brown and Henry Cavill-led film could very well be the start of a new series for the streaming platform. Enola Holmes is an adaptation of a young adult book series written by Nancy Springer — and with six books in the collection, not only is there enough material for an Enola Holmes sequel, there could be enough for an entire franchise.

Enola Holmes is a fairly loyal adaptation of the first installment of Springer's series, The Case of the Missing Marquess. Enola (Brown) lives with her mother, Eudoria Holmes (Helena Bonham Carter), and rather than learning "traditional" female skills like embroidery or cooking, she's taught martial arts, deductive reasoning, and other intellectual pursuits. But after her mother mysteriously vanishes one day, Enola has to put those skills to the test. She sets off on a quest to find her mother, without any help from her older brothers Sherlock and Mycroft.

While there hasn't been any announcement on whether or not a sequel is in the works, it's clear that the film's star is eager to see the Enola Holmes story continue. "There’s more of the story to be told. The story isn’t over yet," Brown told Deadline. "She isn’t grown up, there’s no conclusion. I think she’ll forever be someone who is always evolving, but there’s definitely more to be shown on screen. Harry and I loved working together, so this has to happen." You hear that, Netflix?

More like this
How To Stream 'White Noise' On Netflix
By Grace Wehniainen
You Can Finally Stream 'Ticket To Paradise' At Home
By Chloe Foussianes
The 'Love, Lizzo' Harry Styles Scene Is Just 1 Moment That Made Fans Feel Seen
By Brad Witter
Yes, That's Lindsay Lohan's Sister Singing In The 'Falling For Christmas' Movie
By Radhika Menon
Get Even More From Bustle — Sign Up For The Newsletter