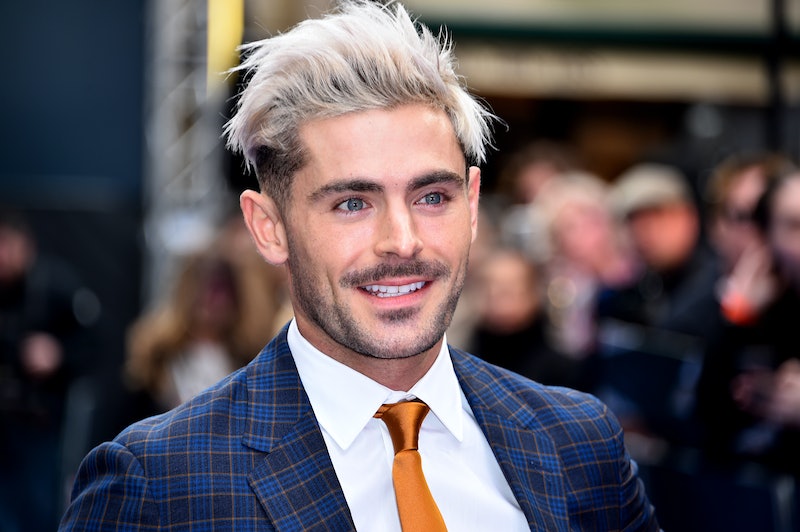 High School Musical: The Musical: The Series is moving even further away from the original movies in Season 2. Instead of staging a rendition of High School Musical 2, the characters are doing Beauty and the Beast. This is because showrunner Tim Federle wants the spinoff to have an identity of its own. In fact, he initially didn’t want any of the original HSM stars involved.

“When we came up with the concept of the show, and I was like, ‘Look, it's a group of new theatre students at this school.’ I didn't want us to have to get any of the original cast members,” Federle told Digital Spy in 2020. “I wanted the show to kind of stand on its own two feet.”

However, when the series eventually went into production, he changed his mind. Last season featured cameos from Lucas Grabeel (Ryan Evans) and KayCee Stroh (Martha Cox). “It just felt like such a wink to the past, and it felt important to me that at some point this season, we got some version of a seal of approval from the originals,” Federle explained of his change of heart.

As for Season 2 (or beyond), Federle has one wish: for Zac Efron, aka Troy Bolton, to make an appearance. “I think that I’m always looking to expand the kind of guest star cast, just because I think it’s so fun to see people pop up on the show,” Federle told Digital Spy. He then jokingly added, “If you happen to be out and see Zac Efron, please mention it to him. I’d love for him to give me a call.”

Though Efron didn’t find out that there even was a High School Musical show until Extra’s Terri Seymour asked him about it in 2019, he said at the time that he’d be down to make a cameo. “Absolutely… I don’t see why not,” he said. “I’m not, like, committing to it — I didn’t know there was [a series].”

He’s also remained a proud part of the original franchise since the third HSM movie aired in 2008 — even as he’s moved on to bigger acting projects. Last year, Efron joined cast members from the original series as well as the TV show for a virtual Disney singalong performance. He didn’t sing, but he did remotely introduce the cast, so he’s obviously happy to continue being associated with the HSM brand as well as the new series.

That being said, most of the second season of High School Musical: The Musical: The Series was filmed amid the coronavirus pandemic, and the extra safety precautions in place may have made it tricky for a guest star spot. There also hasn’t been any indication from the trailer or promo materials that Efron is in the show, though it’s possible they’d want to make it a surprise.

If Efron isn’t in this next batch of episodes, at the very least it sounds like he’d be open to appearing in a future season.

More like this
Louisa Harland’s New Show Is A Far Cry From Derry Girls
By Frances Stewart
The 'Andor' Timeline, Explained
By Gretchen Smail
Spencer Matthews Will Search For His Brother In A New Disney+ Doc
By Darshita Goyal
Watch The Thrilling Teaser Trailer Of 'Shadow And Bone' Season 2
By Gretchen Smail, Jack Irvin and Sophie McEvoy
Get Even More From Bustle — Sign Up For The Newsletter