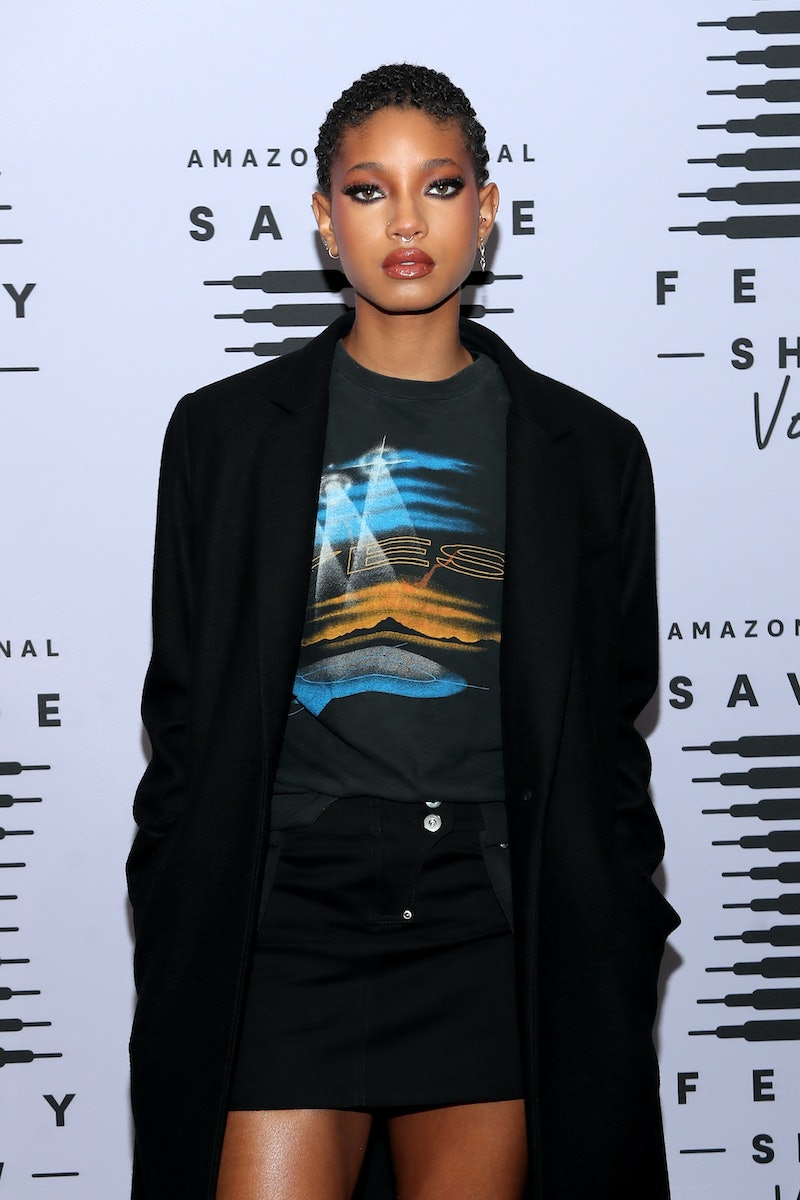 Willow Smith just released her album Lately I Feel Everything on Friday, July 16, and she’s clearly leaning into her recent pivot to punk. In celebration of the record’s drop, she produced a live concert with Facebook Watch, called Willow in Concert, which she shared with fans on her big day. During the nearly hour-long set, she performed a reimagined rock version of her 2010 pop hit “Whip My Hair” and made it all the more exciting by getting her head buzzed on stage — while somehow managing to simultaneously play electric guitar.

In an interview during the stream, the 20-year-old musician shared that this is the third time she’s shaved her hair and that it’s a meaningful ritual for her. “I’m always shaving my head at monumental times in my life when things are really changing,” she explained, “and this is one of those moments.”

Another one of those monumental moments took place during her 2012 Whip My Hair tour. Speaking to InStyle in 2018, she explained the reason behind her decisions, sharing, “It was a rebellion to people who thought it meant something different. I was just over it; I was literally so done and said, ‘I’m going to show people that I’m not attached to this.’”

Willow has admitted in the past to having a rocky relationship with the infectious debut hit song she released at just 9 years old. In June, she told the magazine L'Officiel that there was a period when she wanted to distance herself from the track. “For so long, I wanted to condemn that time of my life and forget it, just kind of push it under the rug,” she said. “I really regretted it.” However, since then, she’s grown to love the message behind the song, adding, “I realized that the content in my songs has always been centered around self-love and the universe and our humanity’s divine path, about expressing oneself and being unapologetic.”

That newfound love for the track may have been why she decided to give it a rock-and-roll makeover, while also giving herself one. She also told the magazine, “I listened to ‘Whip My Hair’ not too long ago, after many years, and realized that it’s the same message. I’m not saying anything that’s against my values, and on top of that, I’m saying things that are in harmony with my values. I kind of just had a huge aha and was like, ‘Yo, don’t condemn this side of your life because it gave you a foundation and a platform and a fan base of so many loving individuals who have been by my side through this whole crazy, topsy-turvy journey that I’ve had. Now, I would never take it back.’”

The “Transparent Soul” singer has often been candid about her experience in the music industry. She also recently spoke to Zane Lowe of Apple Music 1 about what it’s like to be the daughter of Jada Pinkett and Will Smith and how having superstar parents to look up to affects her purpose.

“I always just wanted to do right by my parents, and do right by the beauty that they have put in the world, and continue to uplift that beauty and to uphold that beauty,” she said, per People, before explaining that she’s finally finding her own way. “I’m finding the freedom to, I can put that beauty in the world. I can uphold that energy. And so I’m just figuring that out in all of these different ways, and it’s going to be a journey and there’s more to come.”