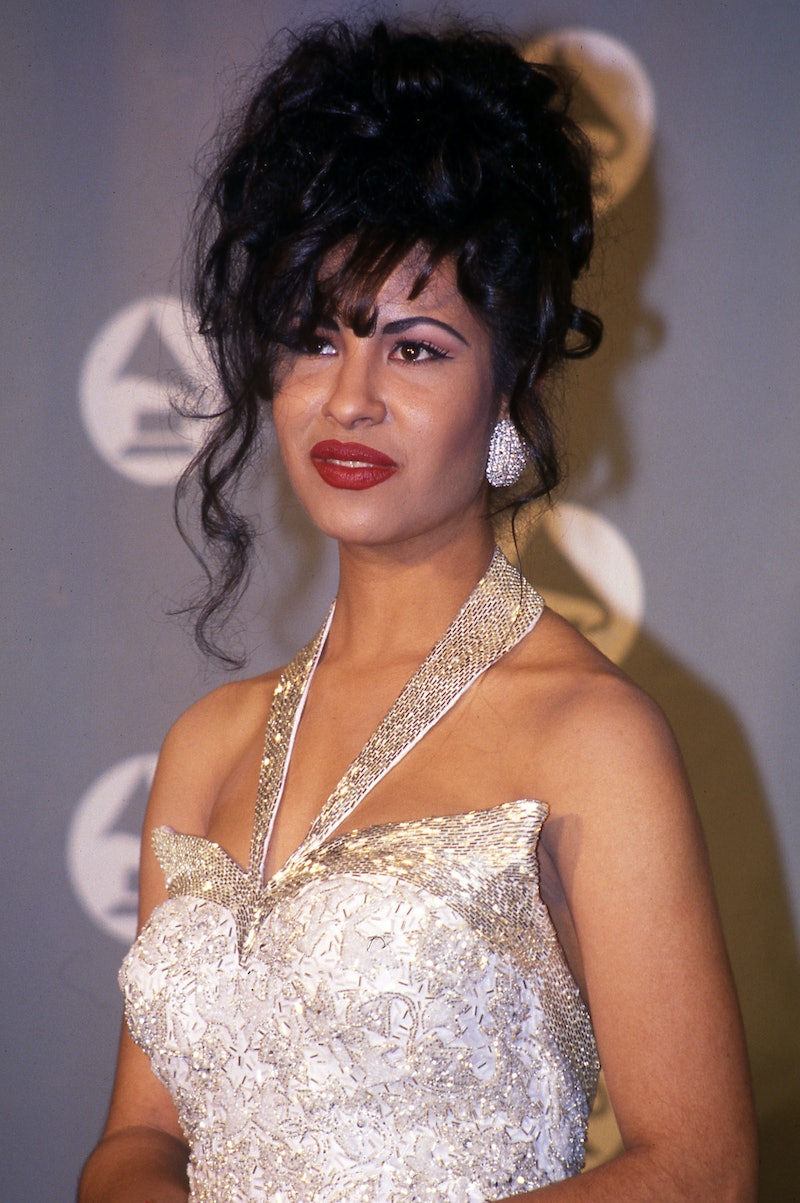 Netflix's Selena: The Series is a mostly lighthearted exploration of singer Selena Quintanilla's rise to fame. But there’s been a bit of a pall cast over the show since its premiere, because fans know the story will eventually end in tragedy. On March 31, 1995, when Selena was 23, she was shot and killed by Yolanda Saldivar, who is still serving life in prison for the murder.

According to Texas Monthly, Saldivar was known to many as "Selena's No.1 fan." The then-31-year-old founded the official Selena Fan Club in 1991 after getting permission from the Quintanilla family, and she became good friends with Selena. Eventually, Saldivar worked her way up to running Selena's clothing boutiques, but as Texas Monthly reported, she at times took her passion for Selena to "obsessive" levels. A former roommate of Saldivar's claimed that her house was "like a shrine" to the singer, with photos of Selena covering the walls.

Per The New York Times, Saldivar was fired from her job weeks before Selena's death for allegedly stealing money from the boutiques. Texas Monthly reported that some members of the fan club also alleged that they weren't getting their paid-for merchandise. The outlet reported that Saldivar denied the accusations.

On that fateful March 1995 day, Selena's father, Abraham, said that Selena went to meet up with Saldivar to retrieve some financial records. That's when things turned deadly. Per CNN, Saldivar has maintained that she accidentally shot Selena while trying to harm herself. But prosecutors at the murder trial questioned why Saldivar — a trained nurse — wouldn't have called 911 or attempted to stop Selena's bleeding if it was indeed an accidental shooting.

The jury delivered a guilty verdict in October 1995, and Saldivar was sentenced to life in prison. According to Texas inmate records, the 60-year-old is currently housed at the Mountain View women's prison in Gatesville, Texas, but she could be leaving the facility soon. At the time of her sentencing, a life sentence in Texas carried a 30-year prison term before parole eligibility. According to her inmate record, Saldivar is nearly finished with her prison term and will be up for parole on March 30, 2025 — nearly 30 years to the day of Selena's death.

Saldivar has attempted to gain release sooner via appeals, but her repeated attempts have not moved forward due to filing technicalities. Two years ago, she requested a new trial. However, her request was denied because she filed her paperwork in the wrong court system. The same thing happened a decade prior when she filed an appeal in the wrong county. She could potentially re-file her new trial request in the correct court system, but she's going to be up for parole soon either way.

In 2018, Selena's father Abraham gave a Primer Impacto interview and said that he was fine with Saldivar getting parole. "We do not care if they release her today," he said. "Nothing is going to give us back my daughter."