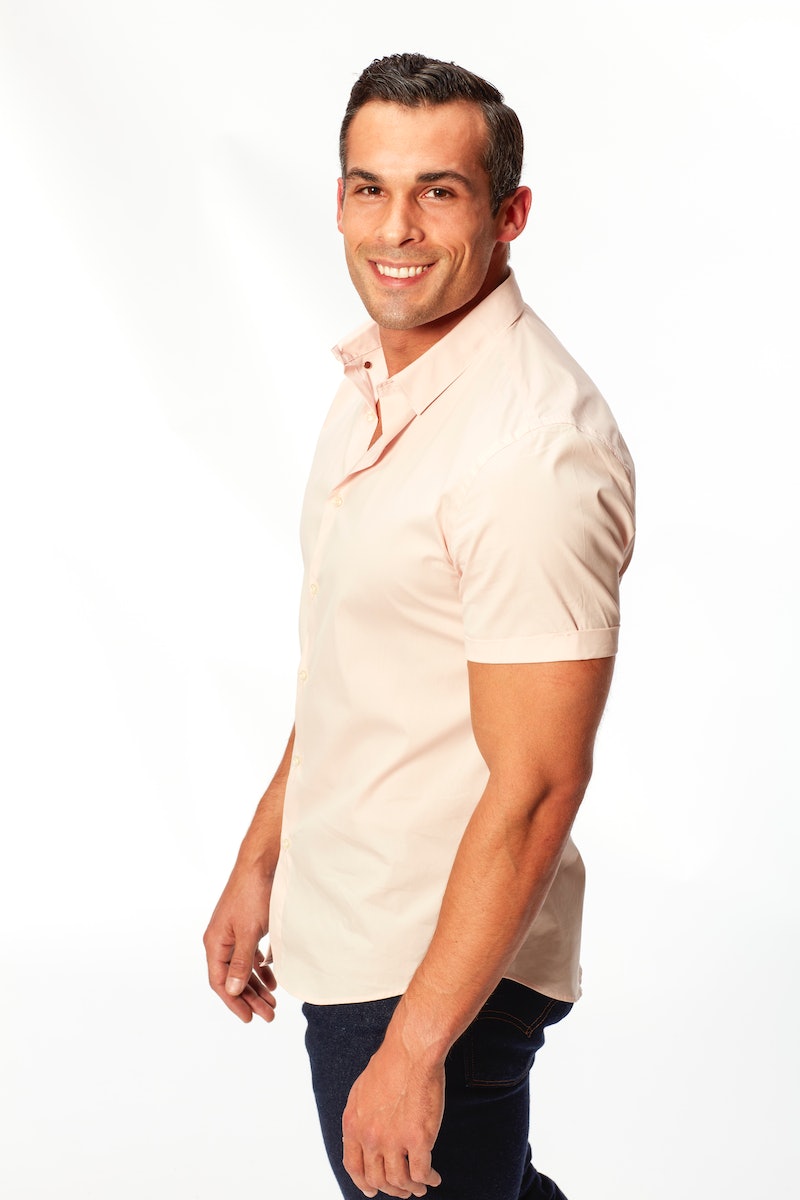 Yosef Aborady from Daphne, Alabama, is one of two dads ABC cast on Clare Crawley's season of The Bachelorette. Just don't expect the 30-year-old divorcé to somehow be above of the drama on account of it. According to Chris Harrison, Yosef wears his heart on his sleeve when it comes to daughter Zara. But when it comes to everything else, apparently, the gloves are off.

On set at La Quinta Resort and Club, Yosef quickly developed a reputation for having zero filter. In a Facebook Live video, Harrison told fans that Yosef "doesn’t shy away from controversy this season” and is willing to say whatever is on his mind, regardless of who might be listening. In one promo released in September, Clare can be seen telling Yosef off. "You are done," she shouts, finger-wagging in his face. "Get out of here."

Not to be be outdone, he shouts back in a different promo released just this week: "I expected way more from the oldest Bachelorette."

Whatever happened to stir up trouble initially, it seems fair to say that the medical device salesman, who admits to being catfished on a dating app in the past, is not in La Quinta to make friends — seemingly not even with the Bachelorette herself.

What do we know about Yosef's first marriage?

Yosef was married at 24 and had his daughter Zara, now 4, soon after. According to his ABC bio, the exes are now on good terms and share responsibility for co-parenting Zara. His ex-wife remarried earlier this year, and Yosef would like to find love, too. Fair enough.

What does he do for work?

According to his LinkedIn, the university of South Alabama grad sells medical devices in the greater Mobile region for Northfield Medical, a company specializing in surgical tools like endoscopes. But he might also harbor dreams of something a little more glamorous. RealitySteve unearthed a modeling profile for Yosef with an agency called Barefoot and Bustle found another on the casting website Explore Talent. His height is listed at 6'1" and his shoe size a generous 13.

Why is he throwing down with Clare instead of wooing her?

We have no idea! From multiple rewatches of the available clips, though, things appear to get pretty heated pretty fast. After Yosef delivers the line about expecting more from Clare on account of her age, she can be seen crying into the arms of a producer. When she settles herself, she finally claps back: "Guess what? I am the oldest Bachelorette, that's 39 that’s standing here that’s single, because I didn’t settle for men like that.”

Yosef's Instagram is mostly a feed of softly-lit selfies taken with his daughter doing normal daddy-daughter stuff: the two "monkeying around" with a giant stuffed monkey, icing cupcakes, and heading to the aquarium. It's try-hard but mostly inoffensive, save for some Fair Isle sweater thirst-trapping (see below) and egregious man-pouting.

Interestingly, Yosef also recently posted the promo in which Harrison accuses him of having no sense of propriety: "you say zero filter like it’s a bad thing 😂" is his comment.

His bio is blank except for the message "I’m not done yet...", which given what little else we know, sounds like it could be a promise or a threat.