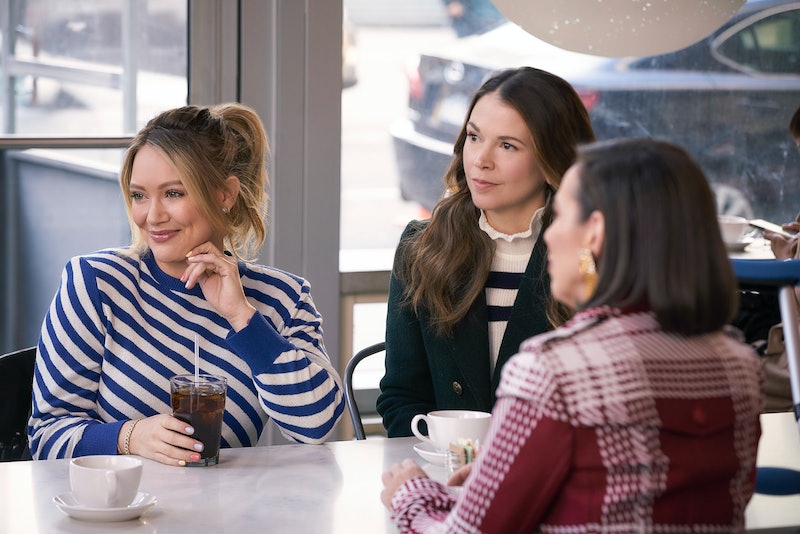 Just as Liza Miller couldn't stay a twenty-something forever, Younger can't exactly stay on the air until the end of time. Younger will likely end with Season 7, according to show creator Darren Star. But just because the hit will be coming to an end doesn't mean fans have seen the last of Millennial, or, more specifically, the woman who runs it, Kelsey Peters.

While neither Star nor network TV Land have officially announced the end of Younger, the creator recently told TV Line that he and the writers were going into this new season with the intention of wrapping things up. “We are unofficially planning [Season 7] as a final season,” he revealed. It's not all bad news, though. Star also confirmed to the outlet that a Younger spin-off centered around Hilary Duff's character Kelsey Peters, which was announced in May, is still in the works.

Season 7 of Younger was set to begin shooting in New York back in March, right before the coronavirus pandemic shut down nearly all film and TV productions. Now, filming is set to begin in a few weeks, and while Star did not divulge any new details about the plot of the final season, or how it may transition into Duff's spinoff, he did reveal that COVID-19 will end up making its way into the storyline — eventually. "The action of Younger sort of picks up where the last season left off, which was before the pandemic," he said, adding that "a lot of episodes were written" before then. "But I do think we’re looking forward to incorporating it into the action as the season progresses."

Duff previously hinted that Season 7 would be the show's last during an interview with Australia's 7News on Aug. 18, when she let slip that the cast would be able to "shoot our last season" in the next month or two. She couldn't tease much about what these final episodes would entail, but she said she's excited to see what Star and the writers cook up. “He writes amazing (scripts) for women and we feel so empowered to be on the show and to be playing the women that we are playing," she said. “They’re all very different, but with very strong and flawed qualities — so I’m sure this last season will not disappoint.”