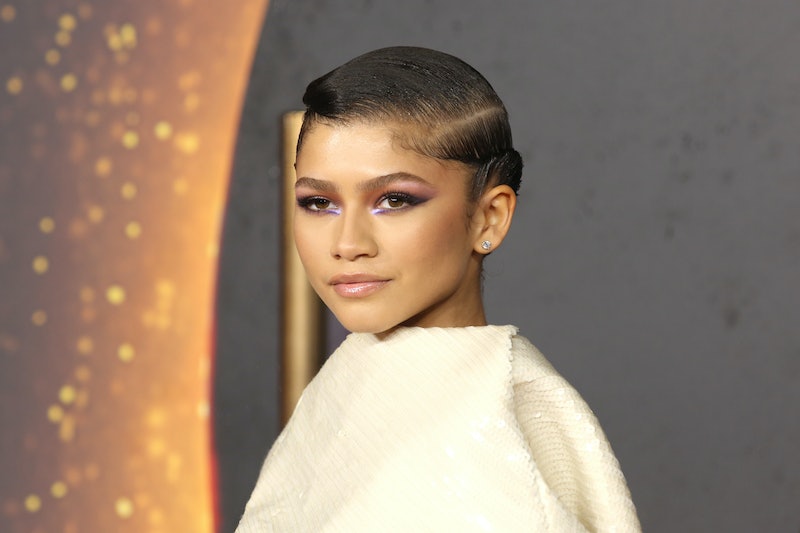 Zendaya is only in Dune for a few minutes — though you wouldn’t realize it given her presence on the film’s press tour. The Los Angeles Times calculated that Zendaya appears for only seven minutes of Dune’s two-and-a-half-hour runtime, despite being credited as one of the main stars of its A-list ensemble and appearing alongside lead Timothée Chalamet at virtually every interview and premiere for the sci-fi epic. Fans who saw the movie in theaters on Oct. 22 or streamed it on HBO Max were disappointed to realize that the Euphoria star has limited screen time, but the director has an explanation for why that’s not a total injustice.

In an interview with the LA Times, director Denis Villeneuve explained that his decision to split Frank Herbert’s beloved 1965 novel Dune into two film adaptations forced him to leave some characters, including Zendaya’s Chani, by the wayside — for now. “There are some characters that are less developed that I’m keeping for the second film — that’s the way I found the equilibrium,” he said.

As fans know, Dune primarily focuses on Chalamet’s soon-to-be-heroic character Paul, but the sequel will explore the perspective of those who are trying to help — or destroy — him. “In the second one, I will have time to develop some characters that were left aside a little bit,” he said. “That's the theory. I hope it will work.”

Splitting Dune into two films was risky given how a sequel wasn’t actually confirmed when the first film was in production. Thankfully, it paid off, as Chalamet announced on Oct. 26 that Dune: Part Two was now official, with the release date currently scheduled for Oct. 20, 2023. And as hinted at the end of the first film, Zendaya will have a much larger role in the upcoming sequel.

To be fair, Zendaya did warn fans that her Dune role was limited before it premiered. Speaking to Empire in August, the actor said she was only on set for four days. “My part is very, very small in this movie,” she explained. “[Denis and I] had a little discussion about who Chani is and the strength she possesses. She's a fighter; that's what her people are. I only really had a few days with her, so I kind of scratched the surface, but it was so much fun figuring her out.” However, she didn’t want to leave set after working with Villeneuve and the cast and hinted that she wasn’t done yet. “I don't want to jinx anything, but I can't wait to explore her more,” she said.

More like this
How Andrea Riseborough Got Nominated — & Almost Disqualified For An Oscar
By Jake Viswanath
Jennifer Coolidge Hunted For Jewels & Lashes In J.Lo’s Hotel Room
By Jake Viswanath
The 'Scream 6' Trailer Shows Off Hayden Panettiere's Return & Ghostface In NYC
By Jack Irvin and Jake Viswanath
New Details About Jeremy Renner's Snowplow Accident Reveal The Actor's Intentions
By Sam Ramsden
Get Even More From Bustle — Sign Up For The Newsletter
From hair trends to relationship advice, our daily newsletter has everything you need to sound like a person who’s on TikTok, even if you aren’t.