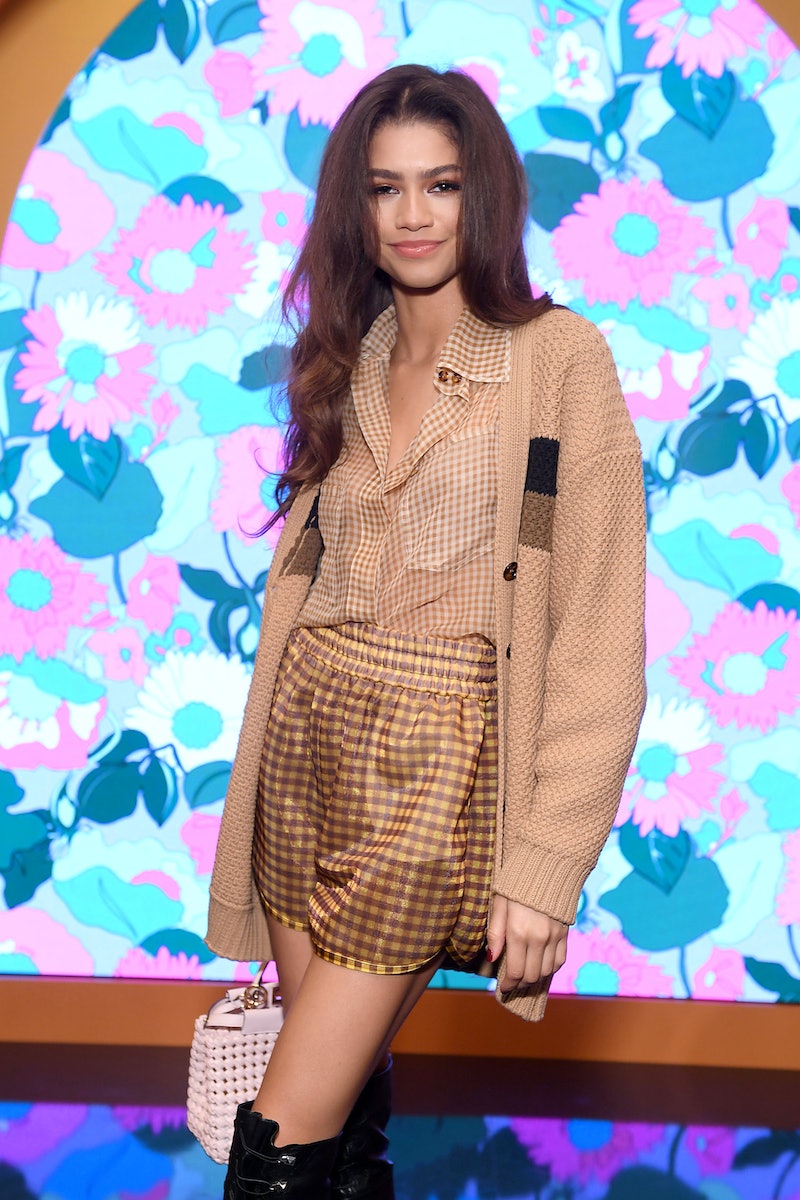 In a Jan. 27 interview with E!'s Daily Pop, Zendaya responded to the Malcolm & Marie age difference backlash and made it clear that she's not a kid anymore. The Euphoria star has been getting both praise and flak for the upcoming Netflix movie, with some people complimenting her performance while others criticized the age difference between the 24-year-old actor and her 36-year-old co-star John David Washington.

During the interview, the star was asked why people were so concerned with the age gap between her and Washington, who plays her boyfriend in the film, and admitted that her Disney past was a big part of it. "I've played a 16-year-old since I was 16," she said, referring to her Disney Channel shows Shake It Up and K.C. Undercover. "You have to remember people also grew up with me as a child."

She compared the negative reaction to people who aren't ready to see their younger siblings grow up. "It's hard for people to wrap around the idea that I am grown in real life, even though I do play a teenager on television still," she added, now referring to her Emmy-winning role as Rue Bennett in Euphoria. While the show is certainly graphic and deals with serious adult themes, she still plays a high school student.

In an interview with Variety, Washington gave a similar response to the backlash, saying that he had no issue playing Zendaya's lover on screen because she was a woman of age who was fully in control of what she was doing. She even taught him some things about acting. "People are going to see in this film how much of a woman she is," he explained. "She has far more experience than I do in the industry. I've only been in it for seven years, so I'm learning from her. I appreciated her wisdom and discernment when it comes to this business."

Although it's not easy changing her Disney Channel star image, she has no regrets. In an interview for Variety's Actors on Actors series, when Carey Mulligan told Zendaya that she "surely can't think of yourself as a Disney kid now," the Euphoria star disagreed. "The thing is, I am, and to a degree, I am grateful for that," she replied. "That's where I started, and I learned so much from that experience... I embrace it a little bit. It's part of my heritage to a degree."

More like this
Lisa Marie Presley's Secret Granddaughter Was Revealed At Her Funeral Out Of Nowhere
By Jake Viswanath
Jennifer Coolidge Hunted For Jewels & Lashes In J.Lo’s Hotel Room
By Jake Viswanath
Paul Mescal’s Family Celebrated His Oscar Nomination In The Sweetest Way
By El Hunt
Britney Spears Shared The Real Reason She Shut Down Her Instagram Account
By Brad Witter
Get Even More From Bustle — Sign Up For The Newsletter
From hair trends to relationship advice, our daily newsletter has everything you need to sound like a person who’s on TikTok, even if you aren’t.