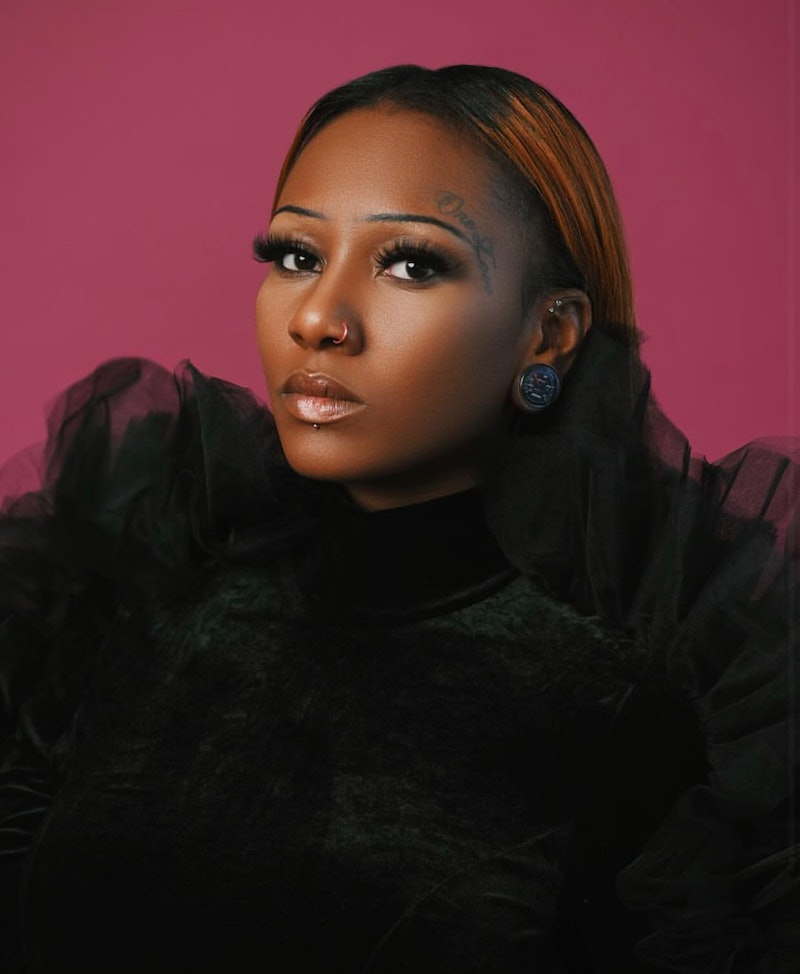 Y’all wanna hear a story about how a Detroit waitress-slash-exotic dancer posted a viral Twitter thread and rode the wave straight to Hollywood?

In 2015, A’Ziah “Zola” Wells King thought that tweeting about a traumatic two-day “ho trip” to Florida would help her get closure. The events she described — sex trafficking, abduction, murder, and an attempted suicide — were more akin to a Steven Soderbergh film than a carefree road trip. Though she admits the events were embellished for the sake of the story, the experience changed her. And her 148-tweet thread was just the beginning of that journey.

The story became the toast of Twitter, with everyone from Ava DuVernay to Missy Elliott weighing in on King’s thread. Soon, she found herself negotiating film rights for her tale. Fast-forward six years, and King and the rest of the world are reliving her outrageous experience with the release of Zola, directed by Janicza Bravo and co-written by Bravo and Jeremy O. Harris. (King’s original words were also published in a standalone book called The Story, with an introduction by Roxane Gay.)

According to King, the film feels so accurate that she often jokes, “Is this a documentary? Is that me?” The onscreen “me” she speaks of is Taylour Paige, a relative newcomer who spent ample time with King studying the nuances of her personality. “Like I told [Taylour], it was kind of like having an out-of-body experience in Florida. That’s how I was able to stay for so long,” she says. “She really wanted to capture that essence, and she did.”

Now 26 and the mother of two daughters, King is on the brink of a new chapter. The self-proclaimed “Mom first, ho immediately after” wants to channel the talents of Black creatives like Erykah Badu, Solange Knowles, and “anyone who is so authentically themselves that it makes them timeless” to help guide her new endeavors, from her OnlyFans page and YouTube channel to her music writing and film ideas. With everything she’s lined up, King is proving she’s more than a one-Tweet-thread-wonder. She has many more “ho tales” to share — on Twitter and beyond.

The film and viral tweets aside, how did the actual experience of what happened in Florida change your life?

Once I got home and was able to process the trauma, I think it changed me. I used to be — and I still am, but not as much — really spontaneous, which is how that trip even came about. If I get good vibes from you, or relate to you, we’ll be best friends in five minutes. But I had to stop doing that. That experience taught me that everyone isn’t like me. Everyone doesn’t think like me, or have my back. So through that situation, I just started to pay much closer attention to people and their motives.

What sorts of conversations do you hope people have after seeing the film? How do you see this film fitting into the culture of social media?

Honestly, the thread itself changed Twitter ... It also birthed an entire era of “ho tales,” if that makes sense. I feel like after the story, everyone then wanted to tell their stories. I loved that snowball effect ... Social media, with the way that it’s progressed, has opened a new lane and a new way of storytelling. I’m happy to have helped with that.

I’d love to know more about what you’re working on right now. I know you have a YouTube channel, an OnlyFans page, and you’re making music. Did I leave anything out?

That’s about it. I just had a baby four months ago, so really it’s been a waiting game. I’m always writing, but like I said, I’m pretty patient with everything I do. I write all my music myself, and so that’s really it. I’ve been writing and creating content, and “mom-ing” it.

And waiting for this film to come out. It was supposed to come out last year, and COVID-19 switched everything up ... I’ve really just been on pins and needles waiting for this. You know what I mean? I just want to get the feedback from this, and see where my heart takes me from there.

So theoretically, if the film came out when it was supposed to, your new child would not have been born yet.

That’s true! It feels kind of like how it did at the beginning of this whole thing. When I tweeted the story in 2015, I was pregnant with my first child. When everything first hit, I was bringing my baby everywhere. It was just one of those things to add to the list. And now I feel like I’m back at that place. But I have the hang of [motherhood] more now. It’s working. It’s work. Being a mom is my calling, and being a writer is also my calling, so they have to both exist simultaneously.

Your Instagram bio reads: “Mom first. Ho immediately after.” I love that. How has your OnlyFans changed the way you work, and how you view sex work as a whole?

I want Black women to know that they have agency over their voices and bodies, as well as their stories.

What do you hope this movie will do to break down misconceptions about sex work?

I really hope [viewers] take away that not all sex work is stemmed from trauma. Like, not all of us have had traumatic upbringings or been forced into it. Sex workers are your everyday girls next door ... I want Black women to know that they have agency over their voices and bodies, as well as their stories. I hope that the movie and the situation in general, from taking something from Twitter to making it a film, and me being part of the process … I hope that inspires other women like me to tell their stories and understand that they own that. They have that right, and they don’t have to get “lost in the sauce,” as I say, or fade into the background. They can stand up for their own voices.

You’re listed as an executive producer on Zola. Do you want to continue working in film? What sort of projects would you want to see get made?

I would love to continue working in film. I’ve worked in sex work for about six years, so I have a lot of material and crazy characters I’ve come in contact with. I do enjoy storytelling. It’s how I process things and move on from things. And it just so happens to be entertaining. So hopefully, you know, something comes about with that. That is what I’m good at by default. I didn’t even know I was good at it; I found out by accident. So I think I would like to keep at it, absolutely.

I like to live and walk in my truth. I can only speak on what I’ve experienced. So more projects based on my experience — not just sex work, but as a Black woman. Period. There needs to be more stories told by Black creatives, so I would love to do more of that.