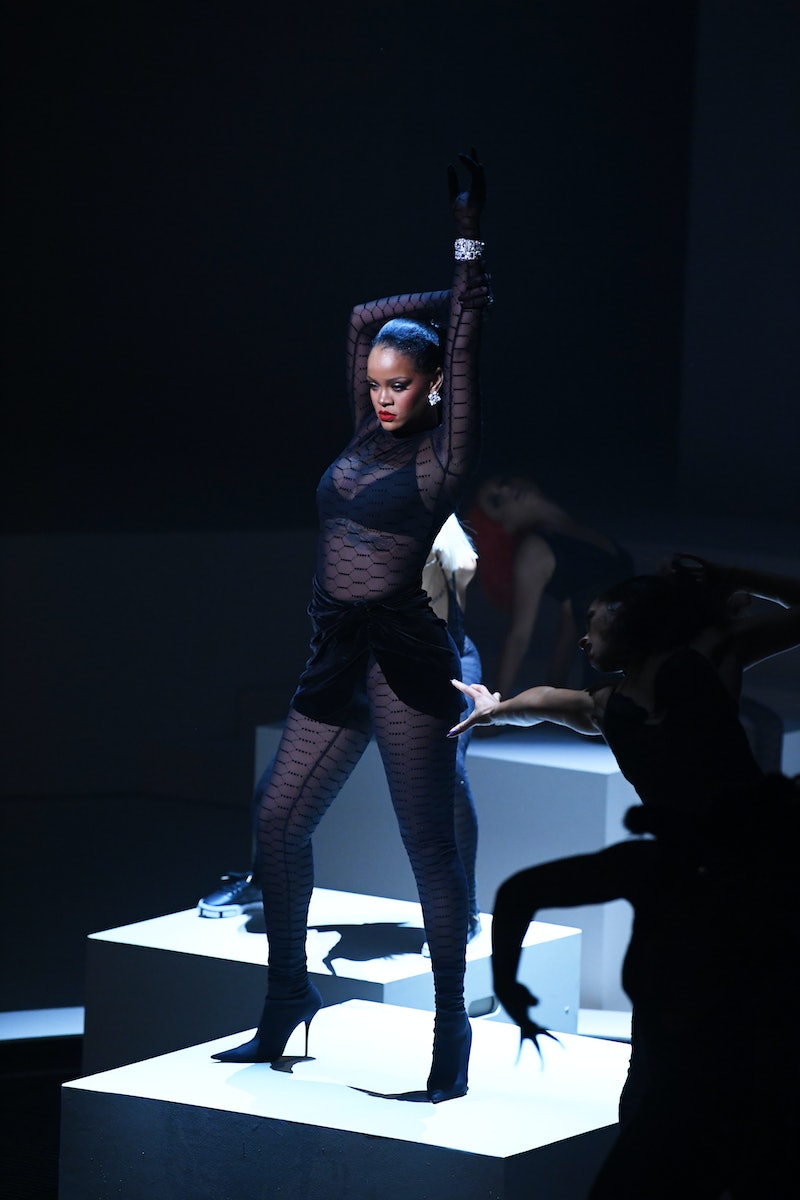 If you haven’t already seen Rihanna’s Savage X Fenty fashion show on Amazon Prime, you’re in for something truly magical. The cast of the show is hugely diverse, making the runway more relatable than aspirational. You, no matter who you are, will mostly likely see elements of yourself and your body in the models featured.

Rihanna debuted her third Savage X Fenty collection during New York Fashion Week on Sept. 10. But rather than reserve the highly-anticipated event for only a select few with an invite, Aunty RiRi brought her show to the masses via Amazon Prime 10 days later. The show is jam-packed with performances, sexy lace, and finger waves, plus a cast of models of many body types, abilities, ethnicities, sexualities, and gender experiences moving, shaking, and strutting on the runway.

In the beginning of the show — which is also part documentary — Rihanna runs through her philosophy behind casting the show, which she refers to as a “fashion musical.”

“I’m looking for unique characteristics and people that aren’t usually highlighted in the world of fashion as it pertains to lingerie and ‘sexy’ — what society sees as 'sexy,'” Rihanna says in a clip. “It’s very important that the casting kind of tells the narrative of what the brand stands for, and what we stand for mainly here is inclusivity. That’s what I stand for with everything I create.”

Instead of a catwalk, Rihanna transformed the Barclays Center in Brooklyn, NY into a showcase hall, using various bodies to exhibit her the lingerie. Plus size models, bald models, trans models, paraplegic models, and models of even more experiences and identities graced the stage while Rihanna’s playlist which included everything from a remix of Anti's "Woo" to Tweet’s “Oops (Oh My)” playing in the background. As a result, the show depicts an inclusive reflection of dance, art, music, and fashion.

"I literally am seeing their bodies as pieces of art," Rihanna says in another scene in the documentary, "And that we can really make visual impact with that."

In addition to the celebrity performances by Migos, Halsey, and Tierra Whack, other iconic names such as Laverne Cox, Normani, Cara Delevingne, the Hadid sisters, Isis King, and RuPaul’s Drag Race season 10 winner Aquaria were featured models in the show.

To help bring her message of inclusivity all the way backstage, Rihanna’s beauty brand Fenty Beauty acted as the official makeup supplier for the models. The brand is known for its expansive shade range in complexion products, and for creating products that accentuate even the deepest skin tones. According to a Fenty Beauty press release, the makeup looks were done by Fenty Beauty Global Makeup Artists Priscilla Ono and Hector Espinal.

“Each look exudes bold, sexy glam with an irreverent edge,” the press release notes. “No two exactly the same, the looks are empowering and confidence-provoking as a celebration of diversity and individuality. All of the looks were designed to match the essence of each performance and the landscape of the show.”

RiRi even revealed a sneak peek of some of her newest Fenty Beauty products in the models looks for the runway show. Take a peek at this trippy drippy holo look that was done using her new Diamond Bomb II All-Over Diamond Veil in Holo At Me.

There’s room for every shade and every body in the Fenty empire. When Rihanna mouths, “We 'bout to f*ck it up," before beginning the show, truer words have never been spoken to the infamously cookie-cutter fashion industry.