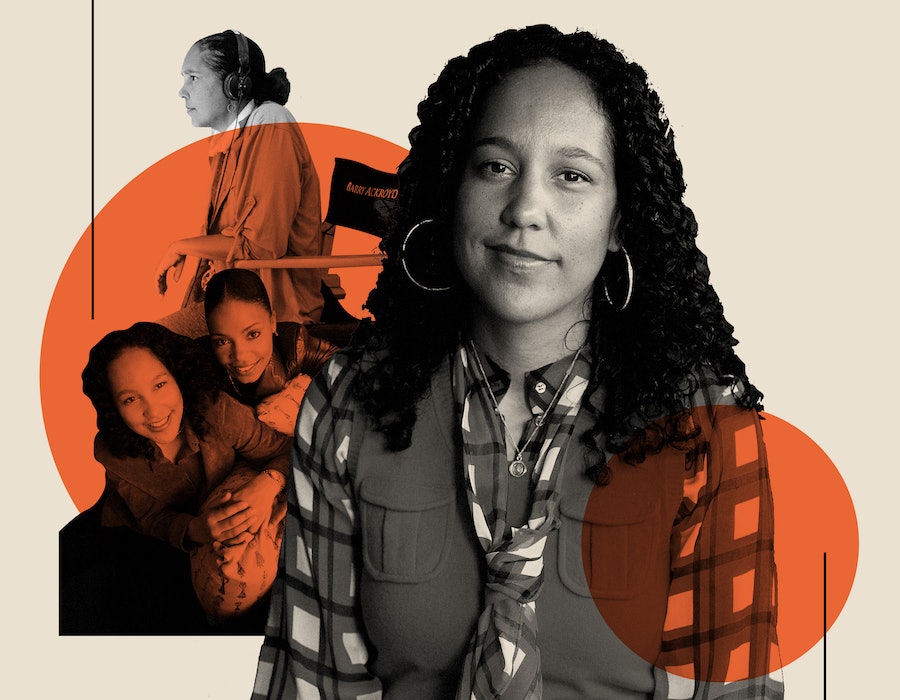 Gina Prince-Bythewood has been fighting for better representation of Black women onscreen for two decades. She won her first battle with the 2000 release of her directorial debut, Love & Basketball, which starred an all-Black cast and was celebrated as a classic romance of the early aughts. Yet despite the film’s success, each of her projects since then — Disappearing Acts, The Secret Life of Bees, Beyond the Lights — have been a struggle to get made. "Love & Basketball, every studio turned it down; Beyond the Lights, every studio turned it down," she tells Bustle. "To put your whole heart and soul and self into something and have it just be like, 'We don't care,' it does take a toll." But, as she prepares for the release of her newest film The Old Guard, Prince-Bythewood finally has hope that Hollywood is ready to turn a corner.

Netflix's The Old Guard marks the director's first major blockbuster action movie. And with superstar Charlize Theron leading a diverse cast of actors including Chiwetel Ejiofor, Kiki Layne, and Joey Ansah, it's a major deviation from anything Prince-Bythewood’s done before. The movie — based on the graphic novel by Greg Ruka, who also adapted the screenplay — follows a group of immortal warriors who are in the throes of welcoming their newest member (Layne) into the fold. While it would have been easy to center the film around Oscar-winner Theron, Prince-Bythewood pushed hard to make sure Layne's role was a co-lead rather a supporting ingenue. "[I] absolutely wanted to expand Nile's character, give her more backstory, more agency," she says, adding that she prioritized the two women's relationship as "the core" of the film.

Prince-Bythewood describes her career as "a sustained fight" to make movies about Black women — with a particular focus on spotlighting new talent. Sanaa Lathan was up-and-coming when she was cast in Love & Basketball, Gugu Mbatha-Raw was similarly under the radar when she got the lead in Beyond the Lights, and The Old Guard is only Layne’s fourth film. “In terms of Black actors, there is no farm system in Hollywood because so few movies get made with Black characters,” Prince-Bythewood explains. “And so it’s up to us, when we get this opportunity, to try and develop new stars.”

"I can look back on my career and hopefully say that these films I made said something to the world."

But it hasn’t always been easy to convince studios to make movies about Black women, let alone cast unknowns in leading roles. Prince-Bythewood’s struggle is reflected in the years-long gaps between projects. “If I wanted to do a film a year, I could,” she says. But volume of work is not her goal. “Let me take the time and tell stories that I care about so that I can look back on my career and hopefully say that these films I made said something to the world.”

Now 20 years into her career, Hollywood is finally catching up with Prince-Bythewood’s core mission. Her next two projects — both centered around Black women — "have not been fights [to get made]." But what really gives her hope are the conversations she's having with executives and other people in power in the midst of the global Black Lives Matter protests. "In this moment, with the national reckoning that's happening, there has been a true acknowledgement from many in Hollywood — many in power — [of] their complicity in what is happening in the world," she says. And she's already beginning to see that change, having had a recent conversation with a filmmaker who decided to change their two leads to people of color. "Trust me, two weeks ago, that would not have happened," she says.

Prince-Bythewood has fought for years to tell stories about Black love, Black women, mental health, and sisterhood, believing wholeheartedly in film’s ability to shape "how the world sees Black people." She’s observed tides of progress followed by severe setbacks. And now, she’s hopeful that the change she is witnessing sticks. "We cannot go backwards. And I feel like we're not going to this time."

More like this
Here’s Everything Coming To & Leaving Netflix In December
By Jake Viswanath
How To Stream 'White Noise' On Netflix
By Grace Wehniainen
How To Stream Knives Out 2: When Will Glass Onion Be On Netflix?
By Radhika Menon
The 'Love, Lizzo' Harry Styles Scene Is Just 1 Moment That Made Fans Feel Seen
By Brad Witter
Get Even More From Bustle — Sign Up For The Newsletter