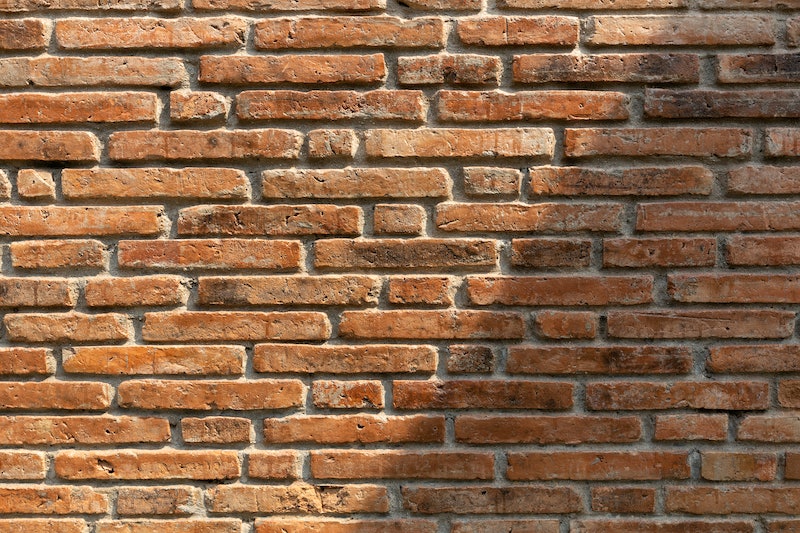 If you're in the mood for your brain to explode, I've got just what you need: The latest photo sweeping the Internet and leaving everyone scratching their heads (or, alternatively, wanting to rip their hair out) is a brick wall optical illusion. It's apparently hiding something that's pretty tough for the human eye to spot. Honestly, when I was first looking at it, I was searching for a dead body or waiting for something to pop out and scare the buhjeezies out of me. Not sure what that says about me as a person, but, well, there you have it. Anyway, the image was posted to Facebook by Arron Bevin on May 16; it has garnered 74,000 likes and been shared over 55,000 times during the past three days, which should give you a pretty good idea of how into this whole thing we all are.

Alas, I was only slightly off in my suspicions. I didn't want to spoil the surprise, so I spent several minutes examining every square inch of the image like a complete moron, not coming any closer to a concrete answer. It's a wall. Made of bricks. It's a brick wall. Like, what do you want from me?

So I caved. I broke. I cheated and looked at the answer, because IFLScience made it really, really easy to do that. And once I saw it, I couldn't un-see it ever again. Now whenever I look at the image, all I see is this big, fat thing that doesn't belong. Take a look for yourself. Notice anything weird?

Look again. Reeeeeeeeeally look. Did you find it?

But first, check out our podcast The Chat Room for more talk about all things internet.

There's a freaking cigar sticking out of the middle of the wall. Sweet mother.

And that's it. That's the riddle. How did I not see that? Hoping to find justification for my inability to spot a cigar sticking out of a wall, I spent a little more time looking into how optical illusions even work — and it turns out that there is a scientific explanation behind optical illusions and why they're able to trick us. The complex process of optical illusions was more heavily studied starting as early as the 19th century, when scientists started to learn that while our senses are reliable, they can also be fooled. Here's the deal:

When you look at something, you're actually seeing all of the light that bounced off of it and hit your eyes. This bouncing light turns into electrical impulses, allowing your brain to create an image you can see. This is a rather miraculous process, when you think about it, and yet the entire thing occurs in about a tenth of a second! Here's the thing, though: Our eyes are constantly receiving streams of light, all the time. It's so much information that our brains can't process it all at once. So instead, our brains take their own little shortcuts so that we can focus only on the parts that are important. Our brain makes assumptions and judgments about objects largely based on the things surrounding it, which might help explain why many of us perceived the cigar in the wall to be merely part of the bricks — and why this wacky picture seen here can either be a profile or a flat-on view of half of a guy's face, depending on how you look at it:

So there. I now have a valid excuse — backed by science — for totally blanking on the whole cigar thing. And so do you. You're welcome.