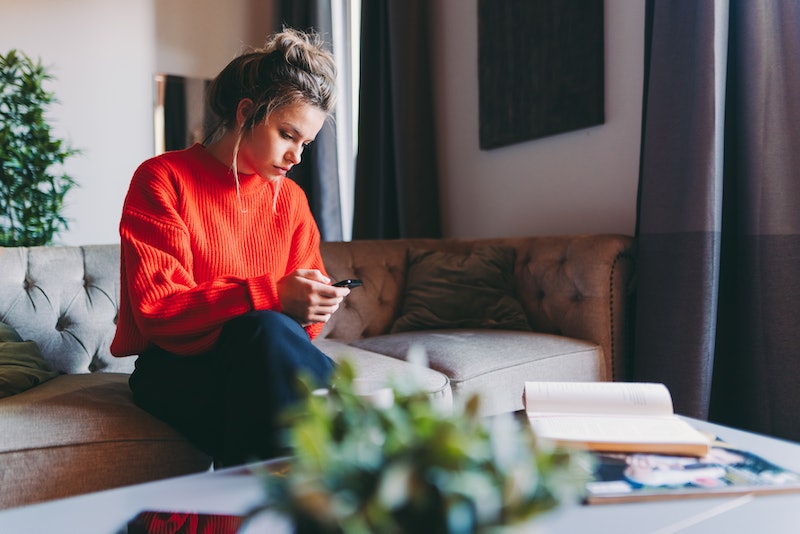 Single and trying to date in the middle of a Mercury retrograde? I wish you all the luck, especially if you're dating an air sign. Mercury retrograde is here until July 12, and anyone dating a Gemini, Libra, or Aquarius might want to have a backup plan prepared in case of last-minute cancellations. According to an astrologer, these three signs are most likely to cancel a date during Mercury retrograde. If you thought they were flakey before, the next few weeks might show you just how flakey they really can be.

In general, Mercury retrogrades have a bad reputation for messing with plans, travel, technology, and communication. But as astrologer Leslie McGuirk tells Bustle, it doesn't have to be all that bad if you understand which signs get influenced most. Many people believe that Mercury retrograde influences everyone in the same way, but that's not really true. For instance, signs like Mercury-ruled Gemini or Virgo are more likely to be thrown off by their ruling planet moving backward than the rest of the zodiac. The same goes for Cancer born individuals since this summer's Mercury retrograde will be happening in the sign of Cancer.

Knowing which signs will be influenced by the retrograde most may make dating easier over the next few weeks. It's less frustrating to get canceled on at the last minute when you understand that some people aren't acting like their typical selves. You're less likely to take it too personally. According to McGuirk, these are the three zodiac signs most likely to cancel a date during Mercury retrograde.