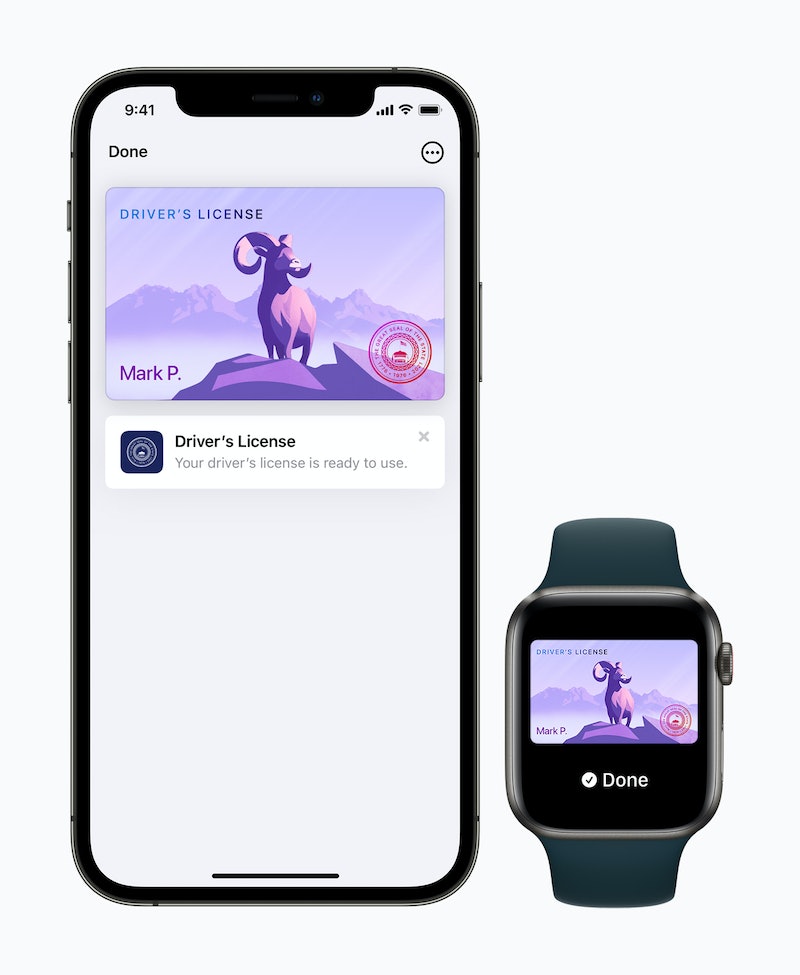 Over the past year, you’ve added masks to your necessary out-the-door checklist. If adding your mask to the “keys, wallet, phone” has thrown you off your game, rest assured: you’re not the only one who’s more prone to forget their keys or wallet now. But soon, there will be an app for that — Apple has announced that it’s working to give users the ability to add their digital driver’s license and state ID to iPhone and Apple Watch’s Wallet app.

What Is A Digital Driver’s License?

As it is now, if you leave your wallet at home, you’re probably running around without your ID — no driving, liquor-buying, or boarding an airplane for you. But Apple is planning to change that. Apple “is working with several states across the country, which will roll out the ability for their residents to seamlessly and securely add their driver’s license or state ID to Wallet on their iPhone and Apple Watch,” the company said in a Sept. 1 press release. In states accepting this form of identification, you’ll be able to really leave your IRL wallet at home in favor of your digital one (especially if you’ve also got Apple Pay).

Where Can You Use Apple’s Digital State ID?

The feature isn’t quite rolled out yet — it’ll be available in select states once Apple releases a new software update later in the fall. The first two states to have it will be Arizona and Georgia, followed by Connecticut, Iowa, Kentucky, Maryland, Oklahoma, and Utah.

The Transportation Security Administration (TSA) in those states will be able to open up select lanes at participating airports for people to just flash their phone with their ID — no fumbling with your wallet and seven bags required. “Once a participating state begins offering this capability to its residents, customers will be able to add their driver’s license or state ID to Wallet and simply tap their iPhone or Apple Watch to present it to the TSA, without taking out their physical card or handing over their device,” Apple’s press release said.

How To Use Apple’s Digital Driver’s License & State ID

Apple users in participating states will be able to add their state IDs and driver’s license to their Wallet app in a similar way to how folks can currently add credit cards and transit passes to their Wallet.

“Tap the + button at the top of the screen in Wallet on their iPhone to begin adding their license or ID,” the release said. You’ll scan your physical ID and submit a selfie for security verification — kind of like TSA officers stare awkwardly at your face after checking your physical passport. You’ll also be prompted to “complete a series of facial and head movements during the setup process” for added security, after which the issuing state will verify the info.

Looking to add your ID to your Apple Watch’s Wallet, too? Make sure your Watch is paired with your iPhone and you’ll be prompted to add it there, too. How very James Bond.