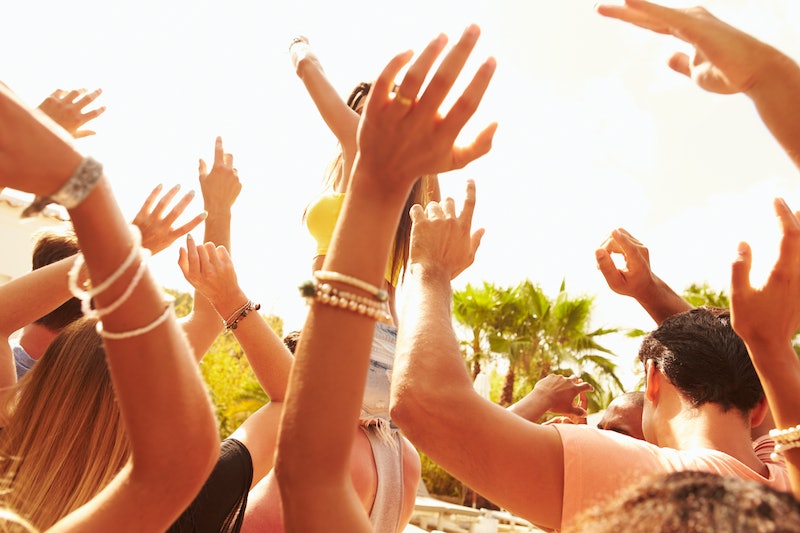 With the pandemic still raging, Airbnb is officially banning ragers. On Aug. 20, the company announced in a community blog post that it is officially enforcing a "global party ban" at properties rented through the platform. The ban caps rental occupancy at 16 people, and will remain in place "until further notice." While unauthorized parties have always been banned — Airbnb says that 73% of listings explicitly prohibit parties in their House Rules — the rules appear to have been broken.

Earlier in the pandemic, Airbnb removed the “event-friendly” search filter as part of its efforts to follow current public health mandates, per the blog post. While the company notes that until now, allowing small parties and events has been up to individual host's discretion, the "patchwork ban on parties and events" that cities individually instituted during reopening was not a vibe. "Some [users] have chosen to take bar and club behavior to homes, sometimes rented through our platform. We think such conduct is incredibly irresponsible — we do not want that type of business, and anyone engaged in or allowing that behavior does not belong on our platform." The company is sorting out potential exceptions for places like boutique hotels that rent rooms on the app.

Parties more generally are in the hot seat, due to their obvious potential to spread coronavirus. On Aug. 4, the Los Angeles County Department of Public Health had to remind residents that the county "prohibits gatherings, including parties, during the coronavirus pandemic in order to protect the health and lives of county residents" following a rise of mask-less, crowded house parties hosted by TikTok influencers. Los Angeles Mayor Eric Garcetti actually shut off the power at Sway House member Bryce Hall's rental, following a rager he threw for his 21st birthday, the New York Times reported.

According to a spokesperson for Airbnb, these parties did not inspire the ban directly. "To our knowledge, none of the TikTok parties have been at Airbnb listings. This [ban] has been put into effect because local health mandates vary in jurisdictions across the country, and we’ve determined it is necessary to enforce a stricter, more consistent policy globally, in the interests of public health," they tell Bustle.

The company is still rolling out a new operational system that will inform guests of the potential consequences of hosting parties at a property they rent, including bans from the platform and even potential legal action.