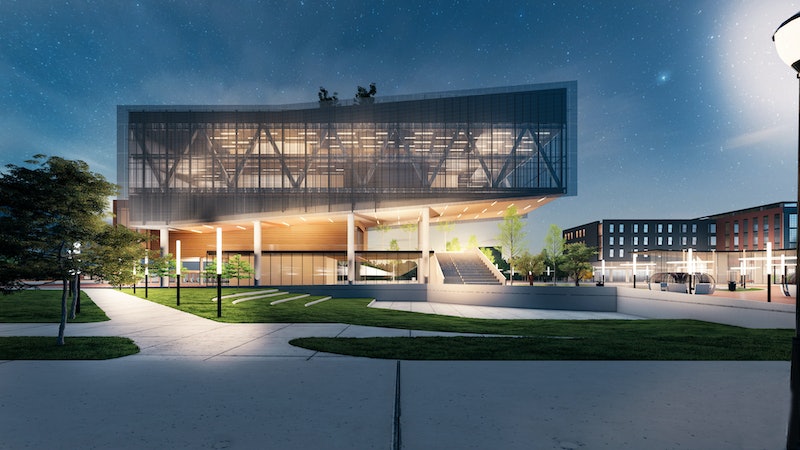 Following the police killings of Breonna Taylor and George Floyd in 2020, the United States has begun to see a racial and political uprising that won’t be going anywhere anytime soon. Many major corporations have begun to look inward and put efforts into combatting racial injustice. While some brands showed their support on Instagram, others launched long-term strategies aimed at combatting systemic racism. One of those commitments includes Apple's $100 million Racial Equity and Justice Initiative (REJI). Launched last June, REJI is focused on three pillars: education, economic opportunity, and criminal justice reform.

Led by Lisa Jackson, Apple’s vice president of Environment, Policy and Social Initiatives, REJI began with an entrepreneur camp for Black founders and developers and a contribution to The Equal Justice Initiative. And on Jan. 13, Apple announced the addition of several new projects to propel underserved Black communities in entrepreneurship and science, technology, engineering, and math (STEM) education. In this new initiative, Apple plans to launch the Propel Center, a physical campus in Atlanta, Georgia that will serve as a global hub for education and innovation for all historically Black colleges and universities (HBCUs). They will also open an Apple Developer Academy in downtown Detroit for young Black entrepreneurs, partner with Harlem Capital and Clear Vision Impact Fund to help support minority-founded businesses, and initiate two major new grant programs to support HBCUs with engineering programs, and provide over 100 scholarships.

Bustle spoke with Alisha Johnson, program lead for Apple’s Racial Equity and Justice Initiative, to discuss how the company is using REJI to uplift marginalized communities.

With REJI, what was the inspiration for focusing on young people with these four new commitments?

AJ: Education allows us the opportunity to focus on building the next generation of inclusive leadership. We looked at programs that already existed that have long been in service of advancing equality. If we look at HBCU funding, we had data that showed us about the massive gaps between predominantly white school districts and predominantly non-white school districts. This was an opportunity for us to channel our resources into creating these opportunities using our expertise.

What has your team done to make sure that these efforts that Apple is doing are going to be long-lasting?

AJ: Thankfully, when we looked at REJI as an effort, we had this great model to follow. And it was the environment work that Apple's been steeped in for over a decade, where in order to ensure this work is sustained and that it's far-reaching and affects every part of our operations. We have employees in every part of our operations who are looking at ways to already start to focus this work in their daily roles.

How does your team work with the rest of the company to make sure that REJI is embedded into the company?

AJ: We talked to our content team, Apple Music, and Apple TV+, and they're already looking at ways that they can ensure they're elevating Black voices, that their programming is focused on educating customers. As we were having internal conversations within Apple around launching REJI, there were teams that were already deploying education moments for customers. They weren't waiting for our green light. We had a Siri team that was already put together in response to the question, "Do all lives matter?" so people could really understand the importance of saying Black lives matter.

Why do you think it's important for companies to put their money behind these initiatives rather than just post something for social media?

AJ: Our platform and our resources are two of the strongest tools at our disposal, and when businesses speak up, people listen. More than now ever, consumers have an opportunity to vote with their dollars and support companies that they feel are aligned with their values.

What are the goals for REJI within the next five years?

AJ: If you look back to those three pillars that we have, with education, it's ensuring that those gaps for resourcing between predominantly white institutions and those that are serving people of color start to really narrow. Apple, along with other companies that are invested in these efforts, all have to play a role in that happening. We want to ensure that we are on the front lines of helping to dismantle those barriers, that we're helping to drive capital to Black-owned businesses that are so often cut out of those opportunities for funding.

You mentioned REJI will take a similar approach to your environment work. Is there overlap between the two?

AJ: As we were launching the overall initiative, we launched what we call our Impact Accelerator, and that's specifically focused on Black- and Brown-owned businesses that are focused in the environmental space. We're looking at clean tech companies, we're looking at companies that are doing innovative work in recycling, and we want to ensure that these businesses have the access to capital that a number of other majority-owned businesses have. So when you see intersections like that with the environmental work and some of our other really key areas of focus in our values, that's where the really exciting work comes.

Editor's note: This story has been update from its original version on Jan. 13, 2021.