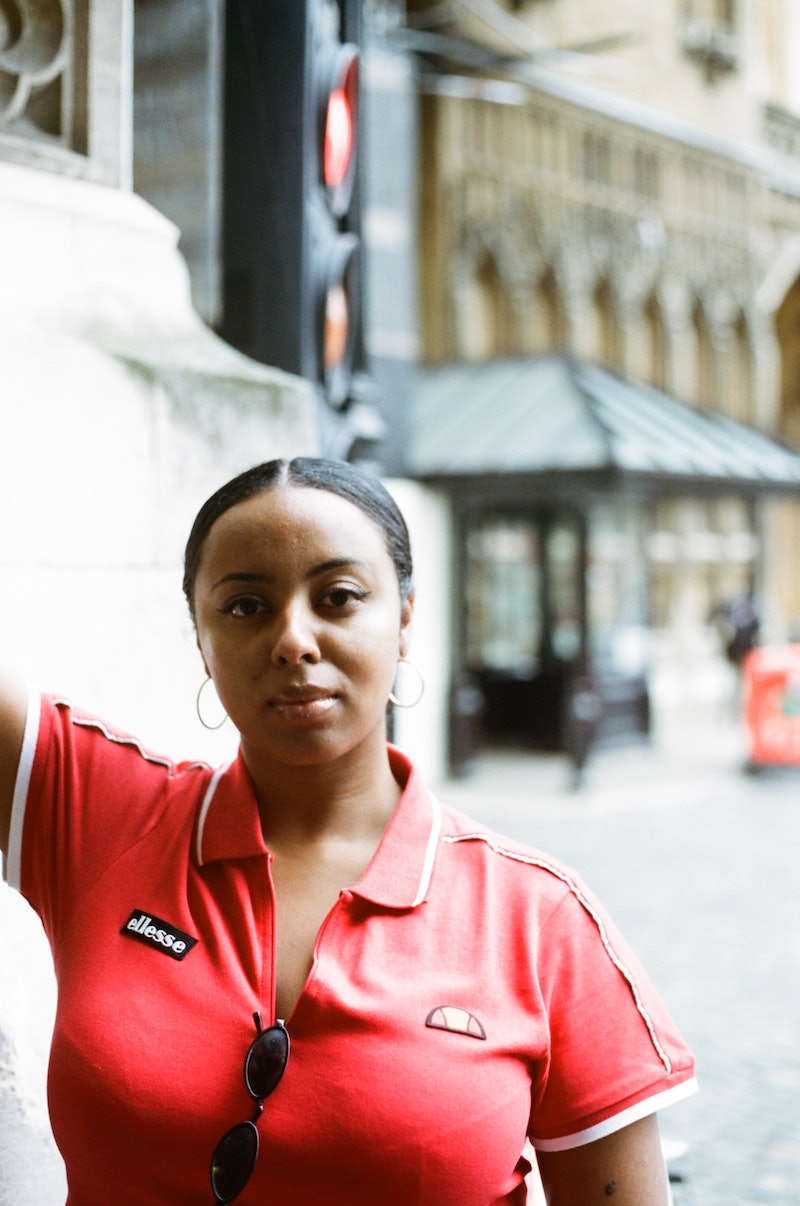 As many mixed race people can attest to, finding balance between two cultural or racial identities can be difficult. For Black-South Asian people such as myself, however, the challenge can be even greater. With an attitude of anti-Blackness having plagued the South Asian community for centuries (resulting from a toxic combination of caste discrimination and colonialism), the two sides of my identity can feel slightly contradictory, leaving me feeling much closer to my Blackness than my Indian heritage.

For the past year and a half, I’ve been on a journey exploring my racial identity and what it means to me, which has included working with an organisation called Mixedracefaces to highlight the stories of mixed race people in Parliament. Despite learning a lot through this process, I still struggle with my own mixed race identity. With shows such as Indian Matchmaking reminding us of the inherent colourism that influences Indian social mores and the Black Lives Matter movement bringing into sharp focus the danger and pervasiveness of anti-Blackness, I continually come back to the same question: how can I truly embrace a culture that also rejects me for being Black?

My own family history plays a big role in why I find it hard to reconcile the Indian side of my heritage. My mum marrying a Black man wasn’t deemed acceptable by her dad and their relationship was never the same as a result. As a young woman, my mum was effectively disowned. Contrastingly, her siblings all married white people who were accepted without question.

My own family history plays a big role in why I find it hard to reconcile with the Indian side of my heritage.

My maternal grandfather died when I was five and I have no memories of him whatsoever, but the historical trauma of rejection on the basis of my dad’s Blackness is intergenerational and something that still affects me. It’s a strong contributing factor as to why I am much more in tune with my Black heritage.

To explore this further, I wanted to find out more about how anti-Blackness manifests in the South Asian community in the UK today. So I decided to reach out to others who’ve had similar experiences to me to see whether they could shed light on my own. What I found was optimism about the future mixed with deep disappointment at how far we still have to go.

I began by speaking to Lameesa, who lives in London and is of a similar mixed background to me: she’s Bengali and St Lucian. She also had similar experiences with her family’s blatant anti-Blackness.

Lameesa says she can remember members of her extended family saying things in front of her like “Why is she so dark?” at an early age. Her Bengali mother also faced an onslaught of questions about her choice of partner. “People would call her up and ask, ‘How could you marry someone Black?’” she says. “It’s not even solely about skin colour as some people from Bangladesh are darker than me; it’s Blackness specifically.”

While we may be quick to pin this kind of behaviour on older generations, anti-Blackness is unfortunately present with some younger South Asian people too.

She continues: “A relative of mine once explained away my darker skin colour to someone by saying that I was ‘from the local village’ where there were darker-skinned Bengalis, rather than explaining I’m of Black heritage.”

A frosty reception was also accompanied by harmful Black stereotypes. “When my husband mentioned he has siblings, someone asked him if they all had the same dad. It’s quite clear that they asked that specifically because he’s Black,” Zara says. These sorts of interactions have stopped Zara attending events within the Pakistani community. “If they can’t accept my husband, then I don’t really want anything to do with those circles.”

Qayyah, 27, has witnessed this kind of anti-Blackness from the other side of the fence. As someone who is Pakistani and white, she will see microaggressions levelled at friends of hers while she gets to stand by. “At a wedding, an Asian friend of mine who’s dark skinned and I were introduced to someone by a relative; he pointed to me and said ‘She’s the beautiful one because of her fair skin,’” Qayyah says.

And while we may be quick to pin this kind of behaviour on older generations, anti-Blackness is unfortunately present with some younger South Asian people too. Nelly, who is a 26-year-old Black woman, told me about her experiences living with a young Bangladeshi housemate in London. When they fell out over lockdown etiquette, the anti-Blackness was quick to come out.

“She was upset that I’d gone to stay with someone outside our household but then ended up doing the same thing,” Nelly says. “When I asked for an apology, she became hysterically aggressive, blocked me on social media and then insinuated I would do something to her room on the basis that I had ‘the potential to be violent,’ a very obvious and hurtful Black stereotype.”

I was lucky enough to have a South Asian mum who understood anti-Blackness and raised me and my siblings with a deep connection to our Black heritage.

Nelly feels that behaviour like this confirms that "there’s a lack of solidarity in the BAME community. I’m actually terrified that she may call the police if she suspects me of anything. I’ve just been trying to keep to myself in my room – the last thing I want is to become another police brutality statistic."

Hearing about these kinds of interactions is disturbing, particularly knowing some of the people involved are younger than me. I had hoped, with all the information available to young people on social media and elsewhere about the history and consequences of anti-Blackness, that they would be less prejudiced. However, there is also cause for hope.

Zara is one reason I have that hope. She has a child with her husband and tells me “I'm making an effort to learn about Black history as I have a daughter who will most likely be racialised and socialised as Black. I’m also hoping to send her to a Pan African school so she can integrate with other Black children and know more about her heritage.”

I was lucky enough to have a South Asian mum who understood anti-Blackness and raised me and my siblings with a deep connection to our Black heritage, so I know first-hand how important the attitude Zara has adopted is.

Then there’s the Instagram page @blindianproject, which provides an online safe space for Indian and Black interracial couples. The founder Jonah told me “The #BlindianProject is a globally crowdsourced, art-based documentary project. The project aims to normalise and celebrate Black x South Asian relationships and dismantle anti-Blackness.”

As important as it is for white people to be having more conversations about their own learned racism, so must other non-Black communities of colour.

Much of the information @blindianproject shares is around helping couples cope with resistance or rejection from their families. While it’s exceptionally sad to me that this sort of advice is still necessary, it’s wonderful to see a space that celebrates the unity of Black and South Asian culture, and one that is pushing back against deep-seated racism in the Indian community. It’s great to see Black and Indian interracial relationships represented – something that I never really saw growing up.

What’s obvious to me from all these conversations is that anti-Blackness, be it subtle or outright, is still a huge issue in South Asian communities. As important as it is for white people to be having more conversations about their own learned racism, so must other non-Black communities of colour.

I’ve realised that in order to embrace my Indian heritage more fully, I need to see South Asian people be willing to call out anti-Black attitudes and challenge Black stereotypes. They need to be prepared to do the reading around anti-Blackness and understand that they are likely to also harbour anti-Black attitudes, and therefore will need to self-examine their own potential prejudices. I would need to see real evidence that South Asians understand that many of the rights they enjoy as people of colour come from the efforts of Black British people.

The intergenerational trauma that families like mine have faced can’t be undone. But if enough people in the South Asian community are willing to work for it, the next generation can change the narrative.

More like this
Windrush Victims Are Still Waiting For Compensation
By Sam Ramsden
The UK Abortion Laws In 2022, Explained
By Sophie McEvoy
'Mean Girls' ​​Daniel Franzese Spoke Candidly About Conversion Therapy
By Rachel Mantock
Boris Johnson’s Leadership Is In Question – Again
By Bustle UK
Get The Very Best Of Bustle/UK