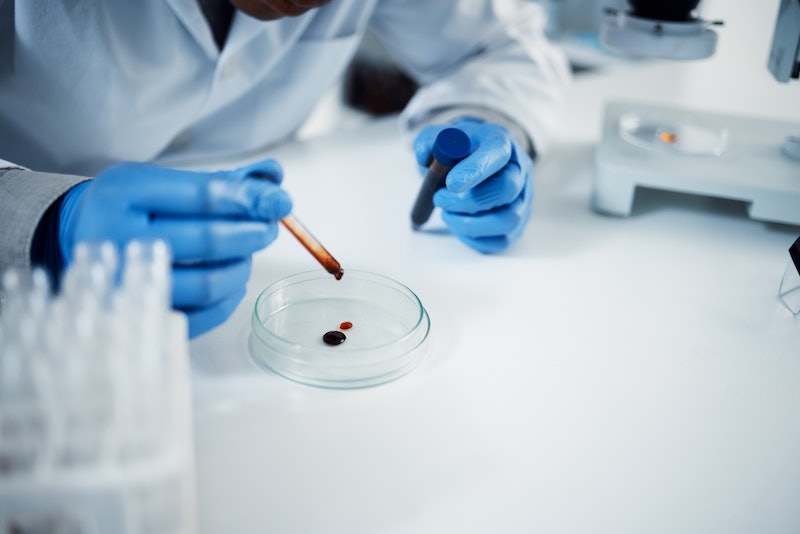 According to research from 2014 the journal Nature Communications, it turns out that almost all Jewish people of European descent are linked to a group of 330 people.

According to the study — where scientists analyzed the genomes of 128 healthy Ashkenazi Jews and compared them with the DNA of a reference group of 26 Flemish people from Belgium— Ashkenazi Jews, who make up about 80% of the Jewish people alive today and who trace their ancestry to Eastern Europe, have most likely all descended from the same group who lived about 600-800 years ago.

These findings further support the idea that Ashkenazi Jews were originally of mixed Levanitan and European origin, rather than descended from Jewish people in the Khazars, as some have suggested. Based on their research, the geneticists think it’s likely that the group of people was evenly mixed of Middle Eastern and European descent.

Of course, these findings make a lot of sense in light of how insular and how isolated the European Jewish community was for much of the past 600 years. The geneticists are hoping to use their data to help treat genetic diseases common among Ashkenazi Jews, including breast and ovarian cancer and Tay-Sach’s disease. In sequencing the genome of Ashkenazi Jews, they also found numerous gene mutations not found in non-Jewish Europeans, which might contribute to understanding other conditions Ashkenazi Jews may be at risk for.

And the other side of this news is the simple fact that it's pretty impressive when you think about it. I mean, there are more than 10 million Ashkenazi Jews living today. Those 350 people, whoever they were, certainly have a lot of great-great-great-great-(etc)-grandkids, including people like Albert Einstein, Steven Spielberg, and the Notorious RBG.