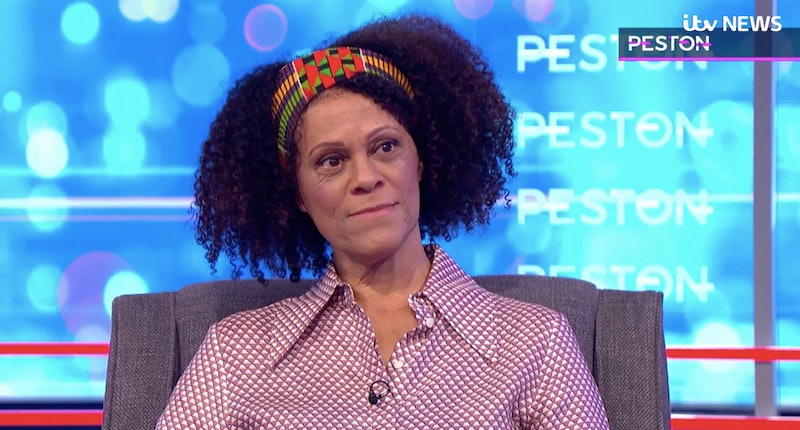 During the keynote speech of the Conservative Party Conference in Manchester last week, Johnson said, “As time has gone by, it has become clear to me that this isn’t just a joke – they really do want to rewrite our national story – starting with Hereward the Woke,” in reference to people branding Churchill as racist.

He added: “We, Conservatives, will defend our history and cultural inheritance.”

In response, Evaristo, known for her novel Girl, Woman, Other, deemed his comments as “ridiculous” and said, “I think it’s our duty to rewrite history because the way in which history has been recorded has been from very particular perspectives, essentially white and male.”

The author continued: “I think we also need to understand that historical figures were complex and that people might have had good qualities and also bad qualities. I think it’s really, really very simplistic and childish to think that we’re not allowed to look back at history from the 21st century and explore the things that were difficult and negative about it in your working life.”

Evaristo also touched upon the racism present in Britain when her father immigrated to the country in 1949, and mentioned the Race Relations Act, which “didn’t really come into full force until the mid-seventies, so people couldn’t be prosecuted for their racist behaviour before then.”

This week, Evaristo released her first non-fiction book, Manifesto: On Never Giving Up. It shares the journey that led to her becoming the first Black woman to win the Booker Prize. In the book, the author describes how racism was a big part of her experience growing up in London, and how she broke barriers to become the writer and activist she is today.

More like this
The UK Government Is *Finally* Banning Conversion Therapy
By Sophie McEvoy
What The UK Blocking Scotland’s Gender Recognition Bill Means
By Sam Ramsden
Gen Z Are Twice As Likely To Identify As Queer, According To New Data
By Sam Ramsden
Here’s Where The NHS Nurses’ Strike Currently Stands
By Sophie McEvoy
Get The Very Best Of Bustle/UK
Sign up for Bustle UK's twice-weekly newsletter, featuring the latest must-watch TV, moving personal stories, and expert advice on the hottest viral buys.