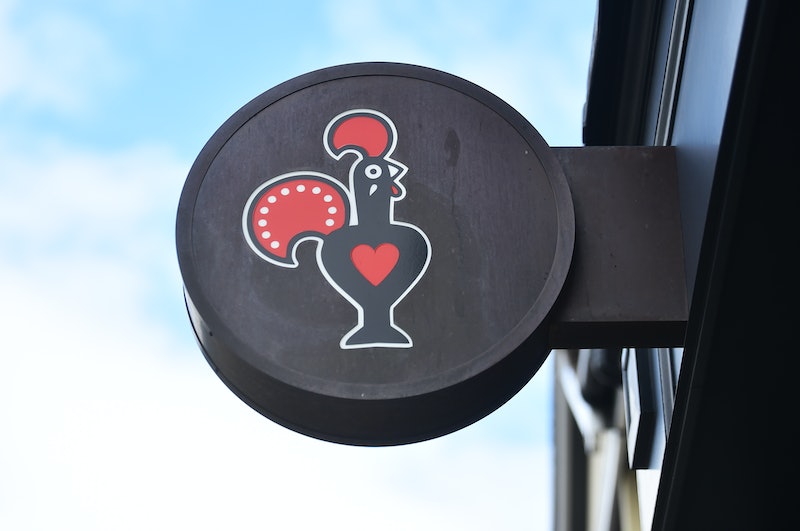 Nando’s is having a self-described “mare” right now, as restaurants up and down the country are being forced to close due to a shortage of chicken. On August 17, the restaurant chain had to close 50 of its venues temporarily in England, Scotland, and Wales following issues in the supply chain.

“The UK supply chain is having a bit of a ‘mare right now,” Nando’s UK tweeted to its customers. “This is having a knock-on effect with some of our restaurants ... We are doing everything we can to get the PERi-PERi back where it belongs – on your plates!”

As BBC News reports, the restaurant chain said that the shortage was down a change in delivery schedules following the “pingdemic” – i.e. staff being required to self-isolate after being pinged by the NHS app. Some restaurants have also put signs up in windows citing staff shortages in the venues themselves as an issue, and that they’re “struggling to keep up with demand.” This phenomenon has also affected companies like KFC and dairy supplier Arla.

However, some are asking whether the shortage could also be down to Brexit. Although he did not mention Nando’s specifically, the founder and owner of 2 Sisters Food Group Ranjit Singh Boparan issued a warning to the government last month that the UK could soon face one of its worst food shortages in decades. “No-one could have possibly have predicted that this toxic cocktail would come together at this time,” he said (via Metro). “Our retail partners and the wider supply chain have worked together closer than ever before to ensure we retrain food supply and this is of huge credit to everyone. But we’re at a crisis point.”

A Nando’s spokesperson has said that the company hopes to get restaurants back up and running by Saturday (August 21) “as a result of the hard work behind the scenes.”

Fans of the restaurant quickly took to Twitter to vent their frustrations. Take a look below at some of the highlights.

What Else Is There?

One Thing At A Time