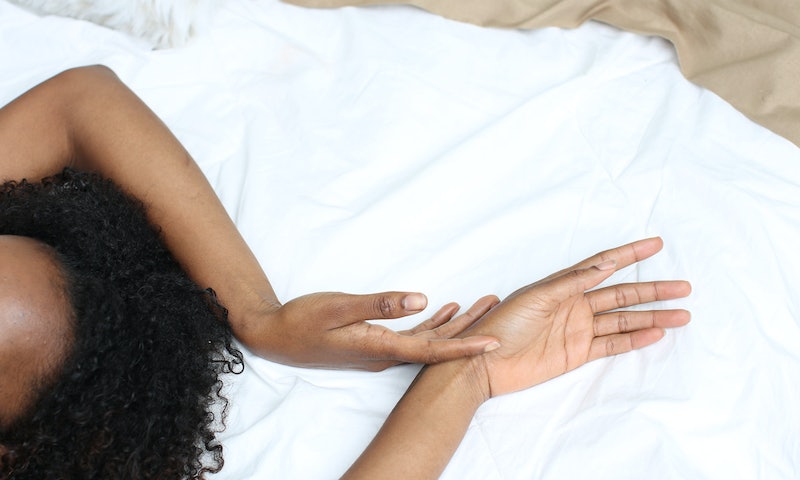 Breast cancer is the second most common type of cancer in the United States, and it's estimated that one in eight women will develop breast cancer over the course of their lifetime, according to the nonprofit Breastcancer.org. While fewer than 5 percent of individuals diagnosed are under 40, according to Susan G. Komen, it's important to know young people can (and do) get breast cancer. What's more, breast cancer in your 20s is different compared with when you're older — and it's important to know what these differences can look like.

The two kinds of breast cancer can't be put "in the same category," Dr. David Ellman of Women's Healthcare of Boca Raton, Florida, tells Bustle. Some of the major differences include the development of the cancer, how difficult it is to observe, and more. Further, it's important to be aware of possible symptoms of breast cancer as a young person, and not assume it's not possible to get the disease when you're young.

According to the American Cancer Society, a person's risk of breast cancer doubles if they have a first-degree relative (parent, child, sibling) diagnosed with breast cancer. Also, people with the BRCA1 mutation are 55-65 percent more likely to develop breast cancer over the course of their lives, and people with the BRCA2 mutation are 45 percent more likely, according to Breastcancer.org. What's more, people who test positive for BRCA1 and BRCA2 mutations are more likely to get breast cancer when they're young. If you believe you're at risk of developing breast cancer, it's important to talk to your doctor about your risk factors and how you can be proactive about your health.

Here are three ways breast cancer can be different in younger people than it is in older people.