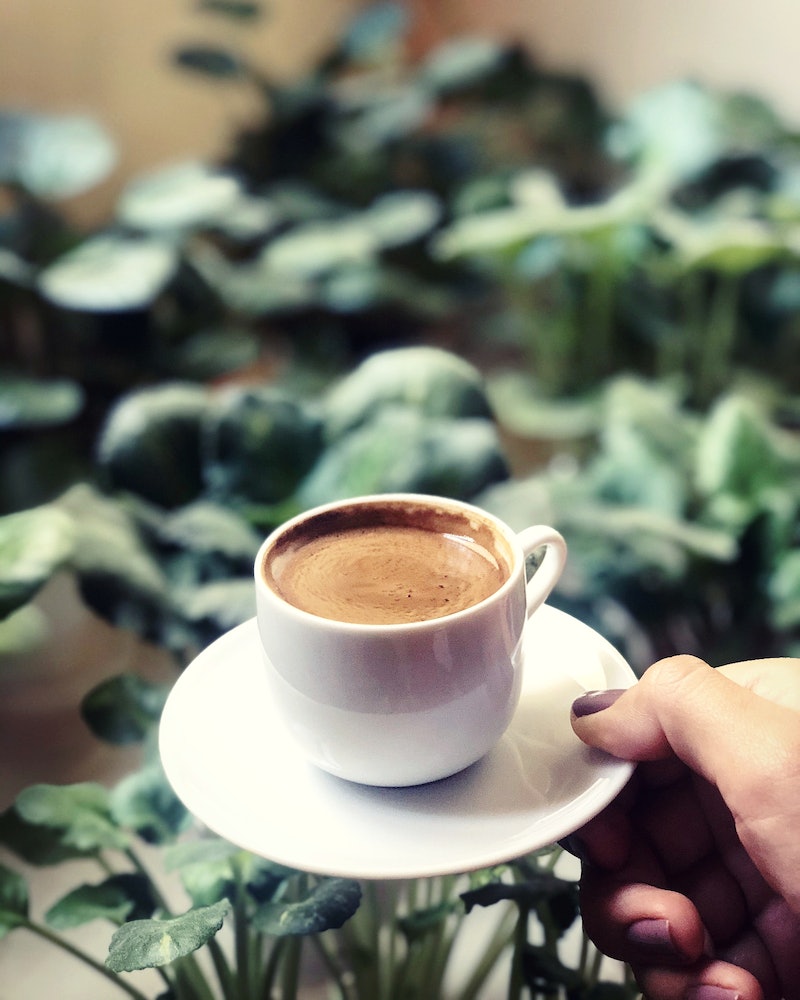 I'm going to be honest: Coffee is the only thing that consistently motivates me to get out of bed in the morning. Without it, I am basically a zombie. For me, every cup of coffee feels like perfection (at least in the groggy morning hours). As a frequent coffee drinker, though, I have to wonder: What are the scientific ways to make coffee? Can science make something I already love taste even better? Is there a secret to improving the steaming hot mug of energy I consume in the wee hours of the morning?

The research says: Yes! Which is exciting news for most of the population, as a whopping 83% of Americans drink coffee on a regular basis, with an average of three cups per day per adult. Luckily, there are some awesome health benefits to drinking coffee, including its scientifically proven antioxidant power. Personally, I require caffeine to form a full sentence, so I would continue drinking coffee even without all the added health benefits; however, the fact that there are so many health and beauty benefits to drinking coffee has me sold on the drink for life.

Now, for me personally, the most thought I put into the coffee that I drink is what kind I purchase — as in, I buy a decent brand for a decent cost, then put it in my cabinet until I spoon it out into my coffee machine in the bleary-eyed morning hours. I'm extremely low-frills about it. However, studies show that even I can improve the quality of my coffee without buying syrups or fancy additions for my home brewing! (Though if you like those things, good on you, and please send me a mug).

Here are five ways science says you can improve your coffee:

1. The Water Quality Is Everything

Okay, so maybe the water isn't everything, but it's a surprisingly big factor, from the perspective of a chemist. Christopher Hendon, a postdoctoral chemistry fellow at MIT, discovered that the "texture" of your water can have a big impact on the way your coffee tastes. That is, for example, if your water is "hard" (full of minerals), it can affect the taste of your brew. Water with high levels of magnesium, meanwhile, can make the flavor of your coffee stronger. On the flip side, "hard" water can also have high levels of bicarbonate, which Hendon found "could lead to more bitter flavors coming through." Across the spectrum entirely is "soft" water, which, while often containing sodium, Hendon found did not impact the taste of coffee much either way.

2. Salt Really Does Make Everything Better

You remember being a kid and adding salt to all of your vegetables to make them palatable? (Sometimes, I still do this. It's OK!) If your household was anything like mine, you were berated for "ruining" the taste of your food. But now, science says the addition of salt can temper bitterness in foods... including coffee!

As Andy Brunning over at The Guardian discovered, "Researchers back in 1997 put it to the test by mixing salt into solutions of a bitter-tasting chemical and getting subjects to judge the bitterness" — and lo and behold, volunteers in the study consistently rated the coffee containing salt to taste less bitter. This one blew my mind. The key here is to add only a pinch of salt, so don't go crazy!

3. You Can Slather on the Butter

Okay, maybe don't slather it on, but yes, the science backs it up: You can add butter to your coffee to make it creamier. Adding butter to your coffee, as opposed to the standard cream, milk, or sugar, is known as the "bulletproof" method. The science behind this idea is that "the butter's high-fat content will slow the time it takes for your body to metabolize the coffee's caffeine. In other words, increased energy, decreased crash."

Now, this one does come with some provisions: It's not recommended you attempt this with "cheap" butter or "cheap" coffee. For me personally, this is a method I'll likely never try, because I don't like "heavy" coffee, but it's definitely an interesting approach!

4. Get the Ratio Right

I personally have never measured my coffee. I know — this is basically sacrilege for many coffee enthusiasts. Basically, I use the first spoon I can find anSalt, fat, water, heat.d eyeball it as my coffee makes its brave journey into the machine. However, the science says the coffee to water ratio actually matters quite a bit. A lot of people who are serious about drinking coffee recommend using a scale to weigh it (some enthusiasts suggest counting the individual beans as an alternative). There are tons of brewing charts available online, with suggestions for the best coffee to water ratios. While I'm not sure that I'll ever count coffee means to measure them, investing in a decent scale is probably not a bad move for me.

5. The Temperature Matters, Too

Most mornings, I'm relieved I make it back into my kitchen in time to stop my coffee from burning. However, for people who are more serious about their coffee consumption, the temperature at which its brewed makes a big difference. And, you bet, there's science to back their claims up. To start, "Most manual brew methods will perform best at temperatures just off of a boil (~195-205F)." The National Coffee Association (yes, this is a thing that exists) explains, "Colder water will result in flat, under-extracted coffee, while water that is too hot will also cause a loss of quality in the taste of the coffee."

So there you have it! In my humble opinion, coffee is nearly always delicious, and if I'm tired enough, I'll drink it even if it isn't. But learning the best ways to make a cup of coffee is definitely not a bad thing, especially if you're trying to treat someone to a nice breakfast, or just feel like treating yourself! After all, making coffee at home saves money, and you shouldn't have to sacrifice taste or quality to abide by your budget.