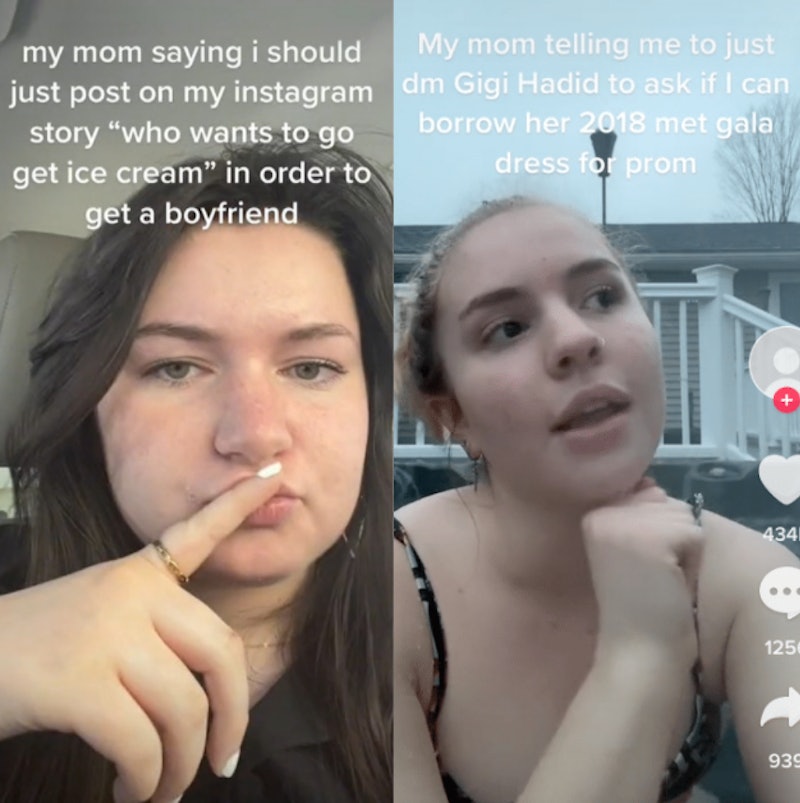 On TikTok, we all have the same mother, and her name is Kris Jenner. An old resurfaced clip of Jenner is going viral on the app, proving that Kris isn’t a cool mom, she’s a regular mom. The viral sound stems from an iconic Jenner moment, seen in a 2016 episode of her famous family’s reality hit, Keeping Up With The Kardashians. In the clip, the original Momager suggests her daughter Kim Kardashian, “just call Taylor up.” The comment references the infamous Kanye West x Taylor Swift feud that started at the 2009 Grammys which, according to Kris, could have been solved with a phone call. Genius!

The tag #calltaylorup has 5M views on the app, with TikTokers using the sound to share the most ridiculous things their parents have suggested. From “just ask them out!,” to “just walk in and drop off your resume!,” to “just ask Paris Hilton to borrow the dress!” You can always count on parents to offer up the most unrealistic plan of action, even if it came from the right place. These videos rack up hundreds of comments each that further prove this is a shared experience for almost everyone, including sentiments like “This is hands down the funniest trend I’ve ever seen,” and “I don’t get how parents are never embarrassed by these ideas.”

A major source of this kind of parent/child miscommunication is the dating realm. One user, @okbayley, posted a viral video using this sound with the caption, “My mom saying I should just post on my Instagram story ‘who wants to go get ice cream’ in order to get a boyfriend.”

Another user, @sdaddyy, shared her mother’s stellar advice using the sound, captioning, “My mom telling me to ask my college’s football quarterback to formal bc we had an online class together.” The video has almost 300k views, with comments like, “what makes moms think this is ok,” and, “My mom would so do this and be like ‘what I don’t understand why not?’.”

Another user, @poopsock109 (ah, the joys of the internet), shared her own twisted mom logic. To the tune of Kris Jenner, her mom suggested she “dm Gigi Hadid to ask if [she] can borrow her 2018 met gala dress for prom.” Because supermodels famously answer DM’s. They also famously lend designer gowns to internet strangers.

User @kelseyrileyyyyyyyy joined the conversation to remind us that it’s not only moms on the chopping block here, dads are equally to blame when it comes to their well-intentioned advice. Her video, which has 363k views and hundreds of comments, reads, “my dad telling me to go over to christopher nolan (he is filming a movie in my neighborhood) and ask to shadow him for the day.”

User @skins00t shared his mom’s moment of genius, and gained 1.4M views. The viral video reads, “my mom after she told me i couldn't go to the one direction concert in 7th grade but i should DM them on twitter and see if they want to come over to our house for dinner before the show.” The video has nearly 350k likes and over 1,000 comments like, “why do i feel like she set you up and thought it was funny.”

Times may change, but our parents’ logic tends to stay the same. Next time your parent offers some endearing but not at all helpful advice, you can think of Kris Jenner and maybe, just call Taylor up.