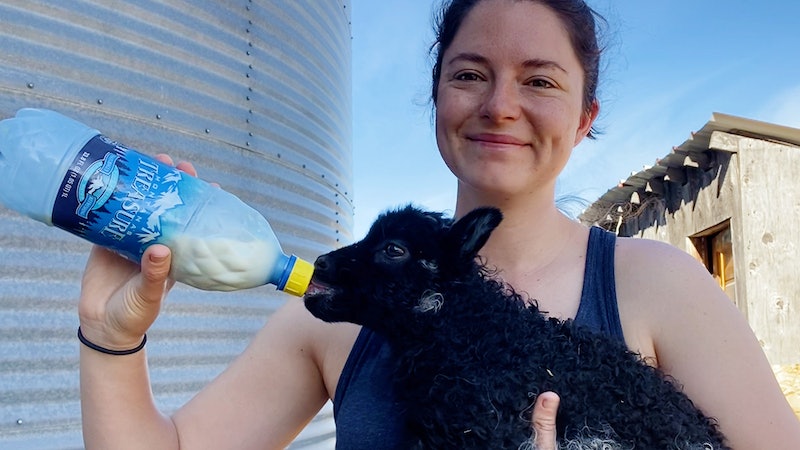 Caroline Reese Nelson had what for many amounts to a dream gig. By 2013, she had released two country-folk solo albums, Indian River in 2010 and Slow Code in 2013, and was a working as a touring musician. But she quickly started feeling burned out from the traveling lifestyle, so Caroline left Philadelphia and moved to Townsend, Montana, four years ago.

What started out as a short summer getaway turned into a full-blown lifestyle change when Caroline acquired four Icelandic sheep off of Facebook Marketplace and slowly started building her own ranch. She now has around 50 sheep.

Caroline sat down with Bustle to give a glimpse into her busy lifestyle and share what it has really been like to start a sheep farm.

Caroline’s goal is to build a sustainable, regenerative grazing operation, prioritizing native grass and forage. Caroline works in partnership with her husband, and the pair recently launched a direct-to-consumer pasture-raised beef and grass-fed lamb business, shipping to customers nationwide.

“So, of course, ranching is not like a typical job. There's no real start or end to your day,” Caroline tells Bustle. “It's just an endless list of tasks, and it makes it hard to leave. So you have to know that this is what you want to do. Sometimes I joke with my husband that that's why I wanted to get the sheep — so that I never could leave because I love it here.”