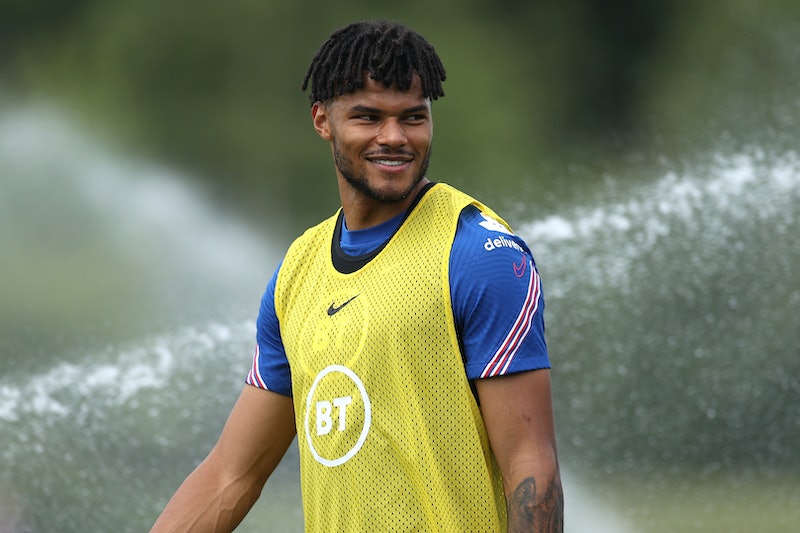 England player Tyrone Mings has accused Priti Patel of pretending to be “disgusted” by the online racist abuse directed towards Bukayo Saka, Marcus Rashford, and Jadon Sancho after the Euro 2020 final.

In a tweet posted on Monday, July 12, Mings, who was part of the Euro squad, claimed the Home Secretary had “stoked the fire” after she previously dubbed taking the knee as “gesture politics” and said fans had a “choice” whether to boo the England team’s anti-racism message.

“You don’t get to stoke the fire at the beginning of the tournament by labelling our anti-racism message as ‘Gesture Politics’ & then pretend to be disgusted when the very thing we’re campaigning against, happens,” tweeted the footballer. In previous tweets, the England player also said the online racism “sickens” but “doesn’t surprise” him.

Mings tweets came in response to Patel’s anti-racism tweet on Monday morning, which has been branded as hypocritical by players, pundits, and fans.

Following in the footsteps of Prime Minister Boris Johnson and other senior politicians, Patel tweeted: “I am disgusted that @England players who have given so much for our country this summer have been subject to vile racist abuse on social media. It has no place in our country and I back the police to hold those responsible accountable.”

As Bustle reports, both Johnson and Patel have been criticised for their lack of support for the team’s decision to take a knee before matches and have been branded “hypocrites.” Per BBC News, Patel has declined to respond to Mings’ accusations from Monday.

Marcus Rashford has also responded to the racist abuse directed at him and his England teammates. As Bustle reported, Rashford apologised for his missed penalty in a heartfelt post on social media, but said he will “never apologise” for being a “23-year-old black man from Withington and Wythenshawe.”

Meanwhile, the FA, Prince William, the Metropolitan police and much more have issued statements condemning the racism directed at England’s Black players.

More like this
Joe Lycett Just Took HIs David Beckham Qatar Protest To A Whole New Level
By Sophie McEvoy
Footballer Jake Daniels Shared His Thoughts On A World Cup Boycott
By Sam Ramsden
Iran Has Issued A Death Sentence Over Mahsa Amini Protests
By Catharina Cheung, Darshita Goyal and Maxine Harrison
Looks Like Jack Grealish Found The Sandy To His Danny
By Sophie McEvoy
Get The Very Best Of Bustle/UK