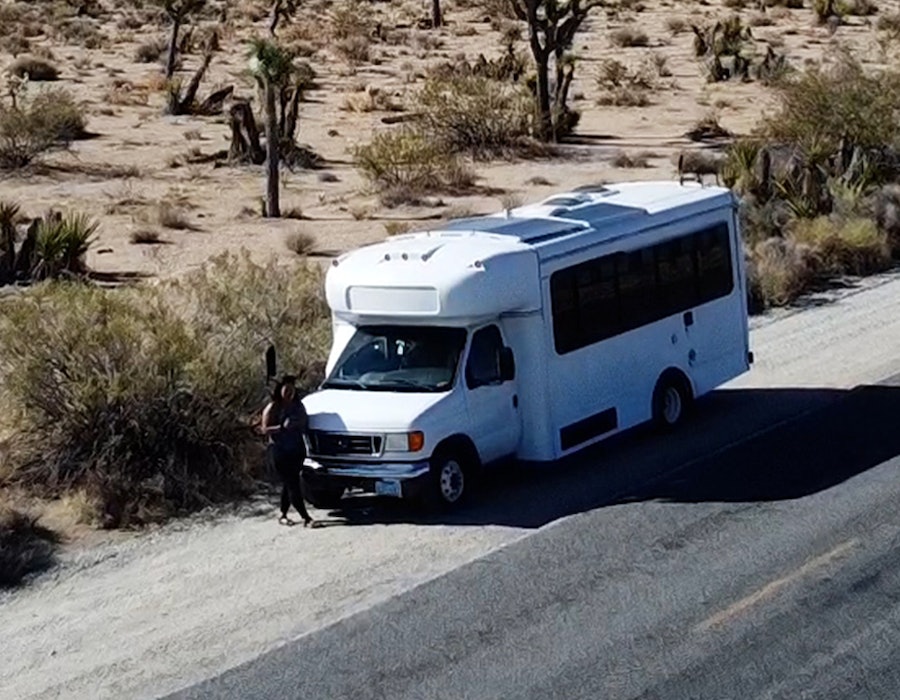 Deeanna has been living in Tahoe for the past four years, but apartment life just wasn’t cutting it. Along with her adorable four-legged friend Luna, she decided to move into something more mobile. Deeanna bought a small shuttle bus for $15,000, renovated it by hand, and moved in within eight months. Since her cozy home on wheels can move, Deeanna can post up by the lake for a waterside workday or take to the open road for a change of scenery. She has embraced living more conservatively and appreciates the limited resources she has that many of us take for granted.

Life on the road isn’t always as laidback as it may seem, though. Deeanna candidly tells Bustle her experiences with judgment from those she crosses paths with and the steps she takes to avoid this. She never stays in one place for too long, keeping herself and Luna safe and unbothered. At the same time, this unconventional lifestyle has taught Deeanna to be more introspective and to cut out anything that no longer serves her. By simplifying her space, she learned to simplify her life.

Check out our latest episode of Relocated above to learn more about Deeanna, Luna, and life in a shuttle bus. Relocated is a series from Bustle that features bold individuals who leave the beaten path behind to live a life by their own set of standards.

Living In A TINY House On Wheels In Australia

Living In A TINY RV In Barcelona

Living Alone In A TINY Cabin In The Woods

Living On A Tiny Narrowboat In England