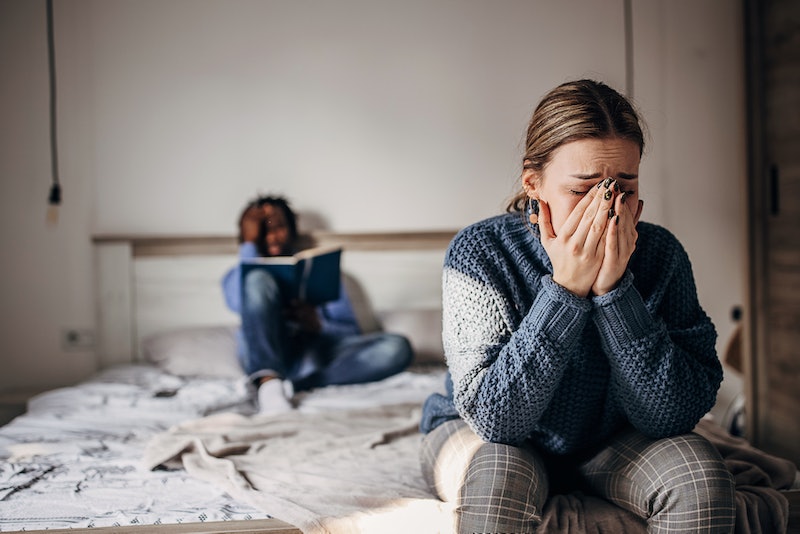 The term “gaslighting” has become part of our everyday vernacular, and now it’s been used in a high court judgement for the first time. Legitimating victims of this specific form of abuse, the terminology was used by leading human rights lawyer Dr. Charlotte Proudman in a high court. It was used in relation to a case of domestic abuse whereby a woman was repeatedly raped and accused of being “bipolar” in the aftermath by her partner.

Importantly, this case sets a legal precedent, verifying the use of the term “gaslighting” in a court setting. A high-profile case, this trial was escalated to the Court of Appeal from its origins in the family courts, and in an interview with Maya Oppenheim at The Independent, Dr. Charlotte Proudman stated: “This is a form of insidious and corrosive abuse when women are made to question their own version of reality because of abusive men.”

The concept of “gaslighting” originated from the plot of the 1944 film, Gaslight, in which a husband convinced his wife of her increasing insanity. But gaslighting isn’t exclusive to romantic relationships. It’s also prevalent amongst parent-child relationships involving a narcissistic parent, as well as in workplace settings, and friendships.

Importantly, one YouGov survey dictates that 75% of U.S. adults do not know what gaslighting is, symbolising the importance of this case in legitimating victims. In the UK, the Office for National Statistics concluded in its most recent report that, up to March 2021, the National Domestic Abuse Helpline experienced a 22% yearly increase in calls for support, and The Domestic Abuse Act 2021 includes “psychological and emotional abuse” in its definition. Overall, this case will go a long way to validate victims of gaslighting both in a social and legal setting.