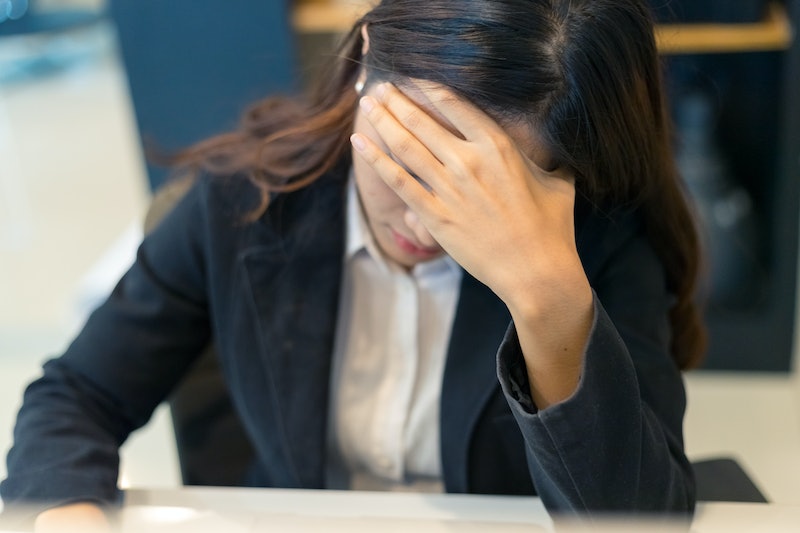 It’s awesome to feel like you’re doing well at work. When you dedicate so much of your time and energy to your job, it’s essential to feel supported and valued. No matter how confident you are, there's nothing more distracting than thinking someone in your team or one of your managers has a problem with you. I am a massive believer in trusting your gut and, if something feels wrong or is making you unhappy, it’s usually worth vocalising to somebody.But what does gaslighting at work look like? The idea of raising an issue at work can be scary but it’s also so important for your own health.

The Cambridge English Dictionary defines gaslighting as “the action of tricking or controlling someone by making them believe things that aren't true.” The term has been increasingly introduced into everyday speech over recent years.

When it comes to gaslighting at work, Founder of the National Bullying Helpline Christine Pratt says:

“I see gaslighting as a label that describes a cocktail of behaviours in the workplace that we see and hear of daily but we just haven’t labelled it.”

Pratt suggests that there is one issue that underlies gaslighting in the workplace: a lack of openness and transparency. Through keeping you in the dark about certain issues or your job stability, you will start to second guess yourself. "It’s a drip feeding of information," Pratt says. "I have a number of cases where management have said to their subordinate they’re receiving complaints about them but the employee isn't seeing any evidence of complaints and there isn’t any documentation of them." Hearing there’s an issue but then not being given all the information as to what it is can leave you feeling super insecure and uneasy in your own judgement.

Another thing that Pratt suggests you watch out for is if your employer is unwilling to take minutes or notes in meetings where you're raising an issue. It may seem small but, as Pratt says, “if you’ve got a manager who won’t keep a file note of important discussions thats a warning sign because they don’t want to document what the issues are. They may later want to manipulate the situation.” Feeling like you’re being heard at work is so important but having the proof to back up a complaint is crucial. It's these small mircoaggressions that can build up.

If you feel like you are being gaslighted or bullied at work, the best thing you can do is trust how you feel and try to find someone trustworthy to confide in. Pratt highlights that gaslighting doesn’t just happen on a one-to-one level, saying groups can collude and gaslight an individual. She says, “the important thing is if you believe you’re being bullied and it’s affecting your health then there is a high probability that something is very wrong.”

If you’re worried this is happening to your or someone you know and would like a bit more information you can call the National Bullying Helpline on 0845 22 55 787.