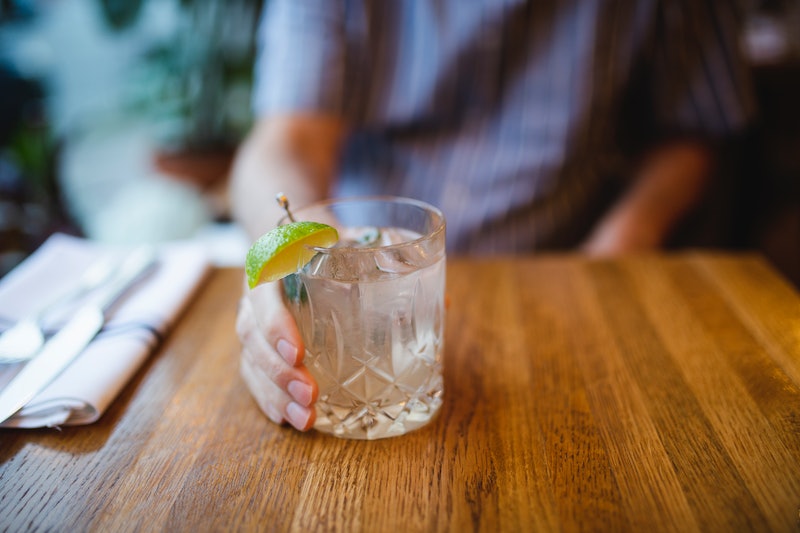 Some things are made to go together: peanut butter and jam, tea and biscuits, and, of course, gin and tonic. Over the past few years, the craft gin scene has really gained momentum, and now Waitrose is getting in on the action. Their new gin from Heston Blumenthal is infused with basil, rosemary, thyme, and lavender. And the serving suggestion recommends adding a drop of olive oil.

Before you run for the hills (or at least to the regular gin aisle), let me tell you about a bit more about this new product.

The Lazy Sunshine Gin is described on Waitrose's Instagram page as, "A herbaceous gin inspired by Heston’s love of Provence." According to a statement from Waitrose, per Good Housekeeping, it was aged 16 that Blumenthal fell in love with Provence. The herby, fresh flavours in his new gin are reminiscent of the South of France and Blumenthal adds, "How will I be drinking it in The Lazy Sunshine? With the addition of a little olive oil to give it body and intensity. Try it – you’ll like it. Santé."

As we all know, this isn't the first controversial food suggestion Blumenthal has come up with. In fact, his Heston range at Waitrose has made these quirky combos all too easy to access. Who could forget his pine-infused mince pies in 2011? Then there's his fish and chips ice cream. And what about the snail porridge? No thanks.

Luckily, this gin and tonic sounds slightly more appealing that all of those Blumenthal creations. Bottom's up!