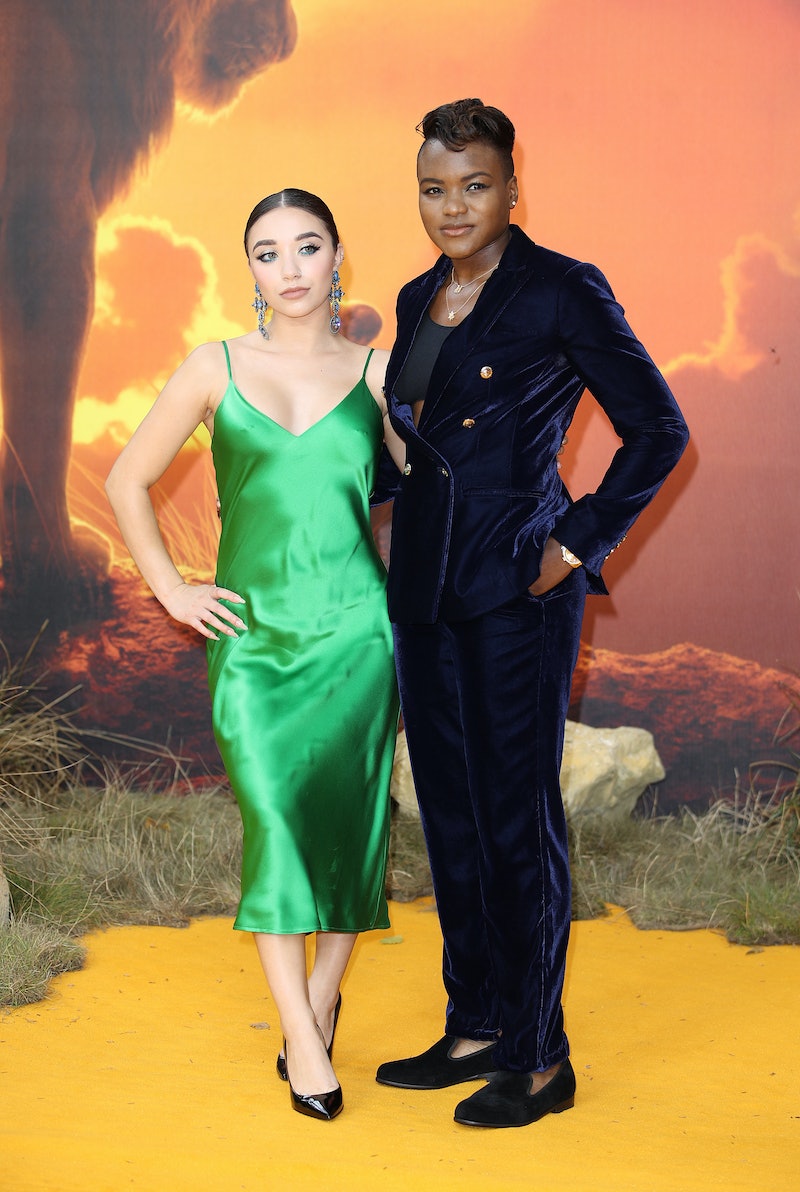 Boxing pro Nicola Adams is on the UK's most beloved sports stars, and fans are always keen to find out more about her life. The Olympic gold medallist began dating girlfriend Ella Beig back in 2018 and fans cannot get enough of their adorable Tik Tok videos and all-round joyful social media presence. For those as invested in this couple as I am, you may be interested to hear how Nicola Adams meet her partner – because it's as down to earth as you'd expect.

It turns out that Adams and Baig met on a night out, as they revealed when they appeared via video link on Loose Women back in June 2020. When asked if it was love at first sight the cute couple both burst out laughing with Baig saying, "It was definitely something along those lines."

Baig, a beauty blogger, fashion stylist, and model, hails from the same hometown as Adams, Leeds. Apart from sharing that pretty convenient thing in common, the couple also share an adorable American bulldog called Brooklyn and live together in a lush house in South London.

Beig and Adams are often seen on each other's Instagram and TikTok accounts doing some pretty impressive choreographed dances. But they also make time to discuss more series topics, with one video speaking about the abuse they receive as an interracial queer couple in the public eye.

"We wanted to make a video that shows some of the prejudice and hate we face on a daily basis for being ourselves," Adams wrote in the caption to the video shared during Pride Month. She added: "But also that through it all we will never stop fighting for what we believe in or stop being who we are and neither should you."

The couple's appearance on Loose Women came after they shared the post. Adams explained why sharing the video felt so vital to them: “Normally I just bat comments away and I won’t bother responding to them, I’ll just basically block them. But I know for some people, they’re not as strong willed as I am or as Ella is.”

In a continuation of her mission to represent the LGBTQ+ community, Adams is set to become one half of Strictly Come Dancing's first ever same-sex pairing when the 2020 season kicks off in October. Speaking about this announcement on her Instagram, she said: "I’m so happy to be part of the movement for change, diversity and breaking boundaries in the entertainment industry."

And judging by her skills shared on TikTok, Adams is definitely one to watch this season.