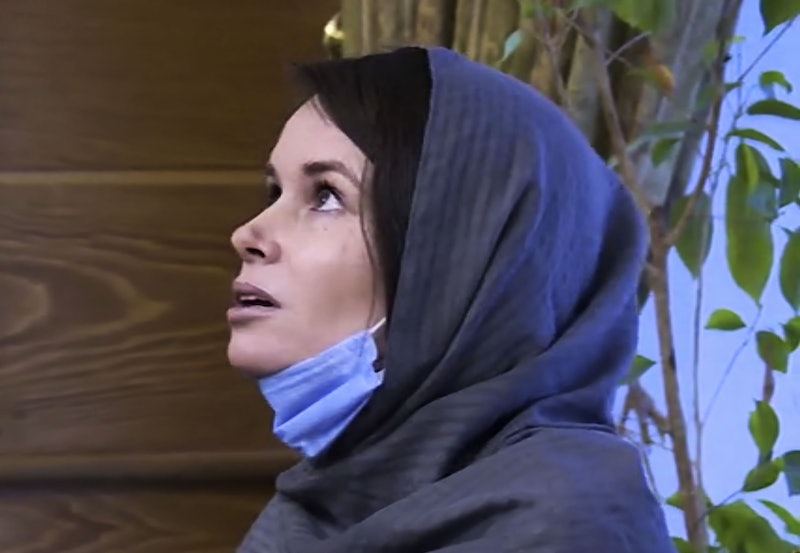 After being imprisoned in Iran for two years on charges of espionage, Kylie Moore-Gilbert has returned to Australia. The academic, who holds dual Australian-British citizenship, was arrested by Iran's Revolutionary Guard Corps in September 2018 and given a 10-year sentence.

"I honestly do not know where to start or how I can ever thank you for all of your incredible efforts to campaign for my release," the Islamic Studies lecturer wrote in a statement posted to the @FreeKylieMG's Twitter account. "I am totally blown away by everything you have done for me, I honestly have no words to express the depth of my gratitude and how touched I am." She continued:

"I can't tell you how heartening it was to hear my friends and colleagues were speaking up and hadn't forgotten me, it gave me so much hope and strength to endure what had seemed like a never-ending, unrelenting nightmare. My freedom truly is your victory. From the bottom of my heart, thank you!"

Moore-Gilbert's family have said they "cannot convey the overwhelming happiness that each of us feel at this incredible news," ABC Australia reports.

Richard Ratcliffe, husband of British-Iranian charity worker Nazanin Zaghari-Ratcliffe, also expressed his and his wife's relief for Moore-Gilbert's release. "Nazanin and I are really happy for Kylie and her family," he told the BBC. "They have been through so much, borne with such dignity. And is an early Christmas present for us all, that one more of us is out and on their way home, one more family can begin to heal."

It is hoped, as Kate Allen, director of Amnesty International UK says, that "UK-Iranian dual-nationals like Nazanin [...] and Anoosheh Ashoori will also be released from their unjust jail terms in Iran in the coming days or weeks."

According to the Guardian, the Moore-Gilbert was released in exchange for three Iranian prisoners held in Thailand. They were reportedly "involved in a calamitous bombing attack in Bangkok in February 2012 that aimed to kill Israeli diplomats." While Australia "has refused to confirm the prisoner swap," a video of the exchange was reportedly published by an Iranian state news broadcaster, per BBC News.

More like this
Women Around The World Are Cutting Their Hair In Solidarity With Mahsa Amini
By Darshita Goyal
Will Archie & Lilibet Attend The Queen's Funeral?
By Sam Ramsden
Chris Kaba's Family Continue Fight For Justice After Viewing Police Bodycam Footage
By Sophie McEvoy
The Queen’s Cause Of Death May Not Be Formally Announced
By Shahed Ezaydi and Catharina Cheung
Get The Very Best Of Bustle/UK