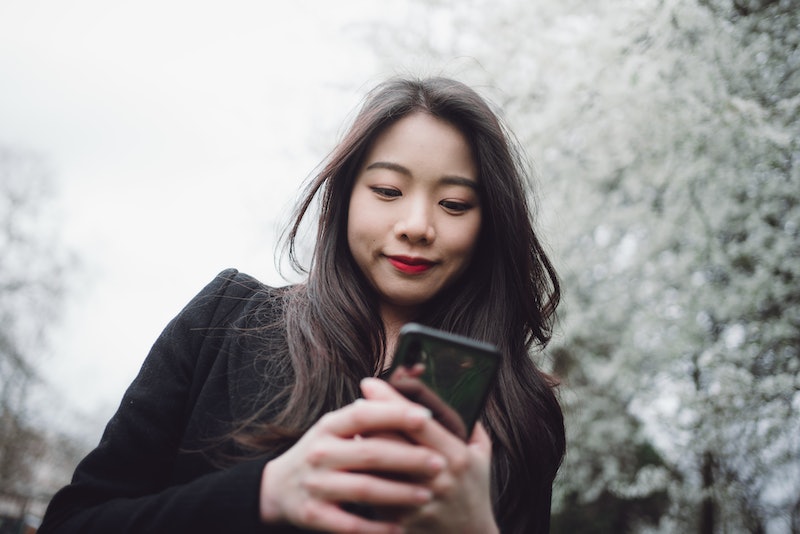 There's nothing like waking up to a good ol' prank text on April Fools' Day. Because for some reason people still fall for these pranks, which means they are still game if you need a last-minute idea for April Fools' Day pranks for this year. Don't worry, these go beyond the whole "we're engaged" or "hey, Mom, I got married in Vegas last night" prank texts and Instagram posts that will probably be flooding your feeds throughout the day.

Text messages can be a brutal place for an April Fools’ Day prank, because people won't be expecting it. They'll be looking for pranks played around the house or on social media, but probably wouldn't expect someone to pull an elaborate prank through a text message. That is why they are extremely effective, and the ideal prank to pull this April Fools' Day.

First, figure out who this is going to and make sure they won't take it too seriously (because a breakup text probably could certainly go poorly, if you don't play your cards right). Next, you'll want to draft our responses so you don't give yourself away during the prank. Think about what this person might respond to your texts, and have your elaborate responses ready to make sure your prank is seen through.

So if you're considering a text message prank this April Fools' Day, here are a few pranks pulled that your loved ones will never expect.

Think up some kind of mayhem to happen at your place — like the ceiling caving in — then text your roommate or significant other to let them know about it! Let’s see if anyone feels the need to head home immediately.

Buy some fake piercings and send pictures to your friends and family!

If you plan on splitting up soon, though, maybe this isn't such a good idea...

Somehow $3,000 is missing from your account and you have to let someone know about it now.

Head over to this website and flip your text before sending it!

Change the names in someone’s phone to fictional characters, and make them figure out who is who! If you can get multiple people in on the trick, then they can pretend to be those characters all day long.

Wait, did you say there was a mandatory meeting at 12 p.m. in the room four floors up? I totally didn’t get that email!

8. The Pretend To Be Someone Else Prank Text

Simply change your name or delete your contact information in someone's phone. You'll be Gary or Ben in no time!

This article was originally published on March 27, 2017