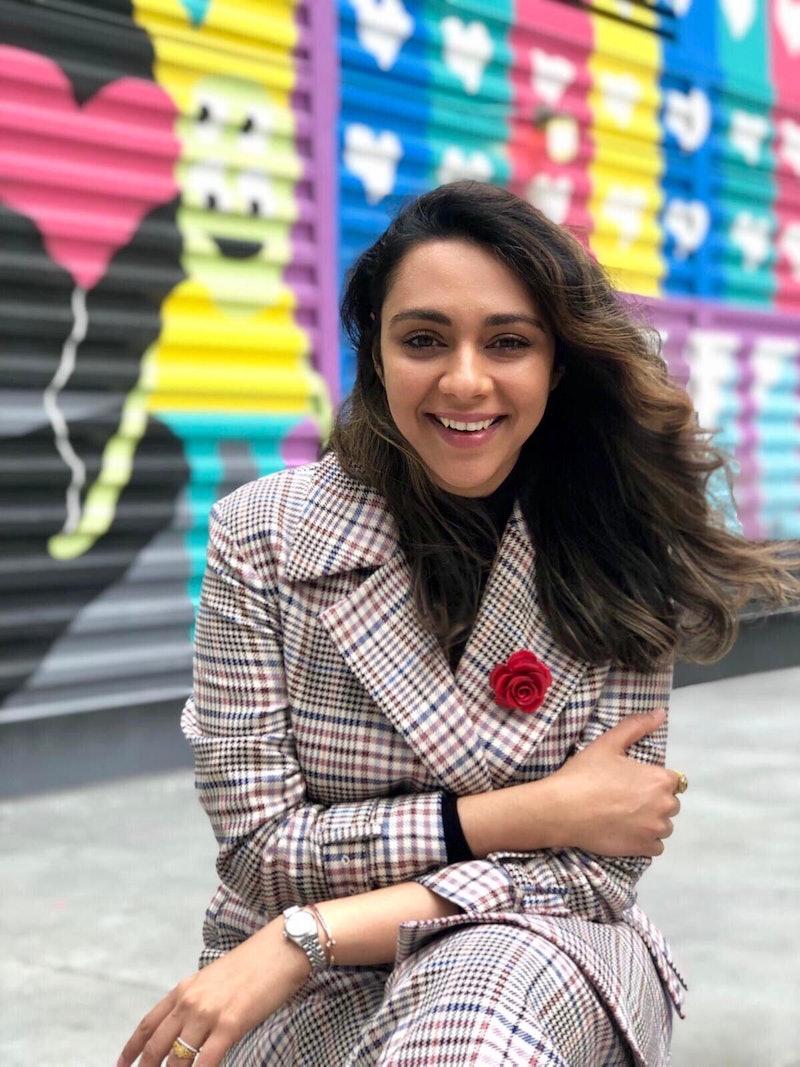 One day last January I went to bed after getting in a killer workout, feeling as self-satisfied as a fitness influencer with a Lululemon collab. I woke up the next morning unable to stand upright. Despite bouncing between an orthopedic doctor and physical therapists, it took six months to zero in on the cause — I had herniated two discs in my back and neck. The delay in diagnosing it was mainly because I was underreporting my pain to such an extent that the possibility of a herniation didn’t occur to my physicians.

Anyone who’s made the thinking face emoji when doctors ask, “How much is the pain on a scale of 1 to 10?,” knows how subjective pain can be. Someone who’s never experienced hurt could be felled by a pinprick. I was diagnosed with endometriosis over 10 years ago after suffering from painful periods since my early teens, and started popping OTC nonsteroidal anti-inflammatory drugs (NSAIDs) when I was 12 — literally no more than a child. From my teens to my early 30s, I’ve known three constants: pain, painkillers, and gynecologists telling me this was normal. Pain has been such a perpetual presence in my life, that a herniated disc clocked in pretty low on my 1 to 10.

Endometriosis is a disease affecting women of reproductive age or younger, in which the endometrium or the lining of the uterus grows outside the womb. It’s characterized by killer cramps, long and heavy periods, and an array of other health issues, including situations where internal organs adhere together, or endometrial tissue infiltrates organs as far apart as the bowels and diaphragm. The Endometriosis Foundation of America estimates that 7 million women in the United States suffer from it, and there’s no known cure.

I was lucky enough to be diagnosed earlier than most — typically it takes anywhere around 10 years to be correctly diagnosed after the onset of the disease. In the past decade, I’ve had two laparoscopic surgeries, which are performed by making small incisions in the belly, using special instruments to cut out all the endometriotic tissue. I’ve gone down the alternative therapy route with acupuncture and homeopathy, downed a small country’s quota of Ibuprofen and been on prescription painkillers typically used to manage pain in postoperative patients. I’ve been injected with multiple shots of leuprolide acetate, a hormone therapy drug primarily given to prostate cancer sufferers; it doubles as a frequently-prescribed treatment protocol for endometriosis patients because it triggers temporary and artificial menopause. Heard of a 26-year-old getting hot flashes and loss in bone density? Ask an endo sufferer ― chances are they’re living that life.

Apart from the pain, there’s an emotional toll many of us have paid — endo steals some of the most productive years of a woman’s life. I can’t count the number of times I’ve wanted to be out at work events networking with my peers, or having pseudo-cerebral debates with friends over bad wine and cheese, the way only 20-year-olds can. Instead, I was stuck at home with an electric heating pad welded to my belly, anxiously waiting for my phone alarm to indicate when I could take my next dose of NSAIDs, all while feeling like a Star Wars convention had commandeered my abdomen and pelvis, a lightsaber battle raging inside.

All of this would have been worth it if the treatments had only done what they promised — stopped the pain. Endometriosis research is so underfunded that even experts find it hard to manage it. I’ve been given constantly conflicting advice, such as to get pregnant and to have a hysterectomy, neither of which would help my condition.

A few years ago, after trial and much error, I decided to take on the role of primary on my care team. Endo treatment is extremely individual, but here are some strategies that have helped me:

I had reached a point where I was in pain for close to 15 days a month, and nothing mattered to me more than breaking that cycle and getting my life back. The first step was to ignore well-meaning advice from family. My mom had been hesitant for me to start the Pill because we have a family history of breast cancer, and some forms of hormonal contraception can increase that risk. So, for years I refused to go on the Pill not realizing I was so afraid of the threat of a future disease that I was living a half-life in the present. After speaking to my OB/GYN, I tried out continuous birth control (CBC) which means I only take the active pills and no placebo, effectively not allowing my body to get a period. This method is a perfectly legit and medically-approved way of navigating your cycle. Researchers have known for decades that periods aren’t medically necessary. In fact, break days were built into the Pill only because one of the gynecologists who invented it in the 1960s wanted it to be endorsed by the birth-control-averse Catholic Church and having a break week would make the Church-approved rhythm method of birth control easier to practice. It’s a reminder that a cocktail of religion, toxic masculinity, and misogyny have always been complicit in women being denied reproductive choices.

I’ve been doing CBC for over a year now, getting only a few periods in between. It’s not an exaggeration to say I have not been happier or felt healthier than I do today.

2. I Learned To Advocate For Myself With Doctors, Leveraging Research And My Own History

Doctors hate when patients Google-diagnose themselves, but in cases like mine, it’s the difference between being debilitated by pain or actually having a life. I chose life and stopped caring about the doctors I’d trample over to get there (JK! Kinda). I refused a third surgery even though I had great faith in the skill of the doctor recommending it. My pain is now caused more by adenomyosis, a sister disease of endometriosis, where the offending tissue has burrowed inside the muscle of the uterus. Adenomyosis cannot always be surgically treated, and I didn’t want to go through the agony of surgery and recovery if I wasn’t going to see dramatic results. Knowing where my pain was coming from empowered me to make a choice that was right for my body.

Since endo is so individual, I know more about the specifics of my condition and personal situation more than a doctor could, so I make sure I go to each appointment armed with well-researched information, ask for what I want, and take my time to research any treatment protocol my doctor suggests before agreeing to it. I declined an IUD because sticking to the Pill was a better choice for me. I also corrected the dosage of my birth control to reach an optimum level — too much estrogen was triggering the pain while too little didn’t stop the bleeding. I realized if I didn’t navigate this minefield myself, no one would.

One of my greatest worries over the years has been my history of painkiller use. I declined opiate-category painkillers even on days when I could barely walk into the doctor’s office because I didn’t want to keep transitioning to stronger drugs. I already had anxiety about the effects NSAIDs were having on my body after years of habitual use. To put my mind at ease, I asked my OBGYN to test my kidney function, so I could rule out renal damage, a common side-effect. He laughed, saying I was too young. I refused to back down, and he did the test. My kidneys are fine, and now, as a result of knowing that, so is my mental health.

In an effort to heal more holistically, I’ve also made lifestyle changes, cutting out dairy and other inflammatory foods, significantly upping my vegetable intake and focusing on gut health.

4. I Connected With The Sisterhood

Double tap if you often eye-roll when celebrities get involved with causes. But TBH, I’m not sure I could have gotten here if it hadn’t been for Padma Lakshmi, Lena Dunham, and other women fighting the good fight to raise awareness and visibility for this disease. When I read about Lakshmi’s struggle with endo in her memoir Love, Loss, and What We Ate, I ugly cried. I felt seen, heard and acknowledged in a way I never had. Now, endo warriors are mobilizing like never before: from Facebook groups like Nancy’s Nook Endometriosis Education providing women with the resources necessary to make informed choices, to the 1 in 10 campaign featuring women who’ve fought and are fighting this disease, we truly are stronger together.

On this journey, my most vital learning has been to tune out the noise and listen to my body, and that’s led me to a formula which made my endo manageable. I’m not free of the disease and may not be any time soon, but I’m grateful to be living my best life and celebrating each pain-free day.