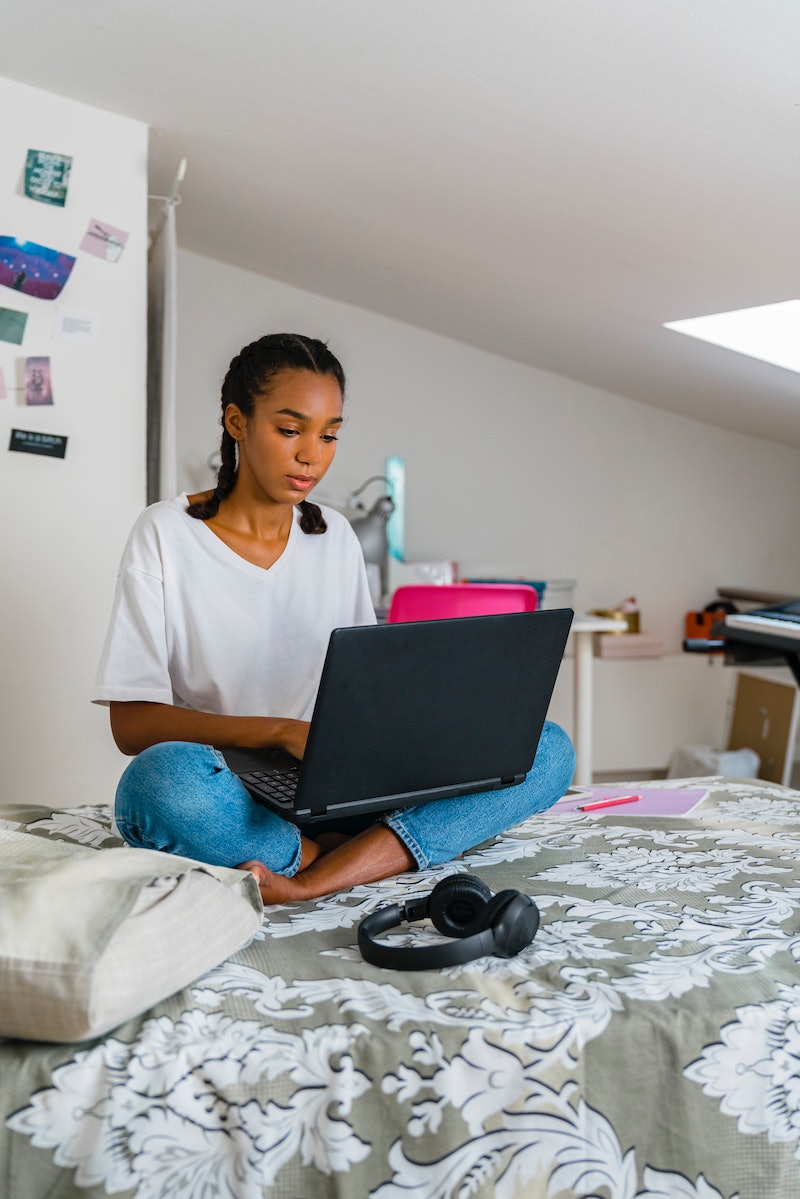 "No offence, but...", the line that we all know signals offence is more than likely about to be caused. It's sentences starting with that phrase in particular that two thirds of teens say they've been hurt by in online interactions, according to a new study by cyberbullying charity Cybersmile and Instagram. The data was gathered from more than 3,000 13 to 18 year olds in the UK at the beginning of November, to highlight the fine line between banter and bullying online.

Like most of us this year, the majority of teens who took part in the study said that their use of social media is up from last year due to lockdown, and it’s played a massive role in keeping in touch with friends and family. “We are all spending a huge amount of time online in 2020, and conversations about digital wellbeing and cyberbullying are more important than ever," notes Dr Modgil.

"Understanding people’s tone online can be challenging, and not everyone has the confidence to speak out when they are offended, so it's important that people of all ages build the necessary skills to protect their online life, and to reach out for support when they need it," she continues.

The study reported that 75% of teens agreed that people are more likely to overstep the mark from banter to bullying when communicating online, yet a third of the group said they'd find it difficult to talk to friends or family about their personal boundaries when this happened.

Speaking about the campaign, Holly H said: “There are times when people post or comment hurtful things to one another, and it can be tough to know how to deal with that. Everyone should have the freedom to be themselves online, without worrying about what other people say.”

Chunkz agrees that the line between banter and bullying can sometimes be unclear. “I have been standing up to bullies since I was in school, but sometimes it’s not always that clear cut," he explains. "Banter with your mates can turn bad, and if not everyone is laughing, then it's time to stop and think about who could be hurting."

"Talking openly and honestly with friends about what crosses the line for you, is the best first step to getting the banter back on track,” Chunkz advises teens.

As part of the campaign, Cybersmile has worked with Instagram to expand its anti-bullying tools, plus create initiatives to improve LGBTQ+ and gender awareness, online safety, and content authenticity.

These include an AI feature that automatically hides potentially harmful comments; comment warnings to users ahead of them making offensive posts to give a chance to rethink; the option to easily report offensive comments directly to Instagram 24/7; plus increased privacy, comment filters, blocking, muting and restricting functions, to more safely control your online space.