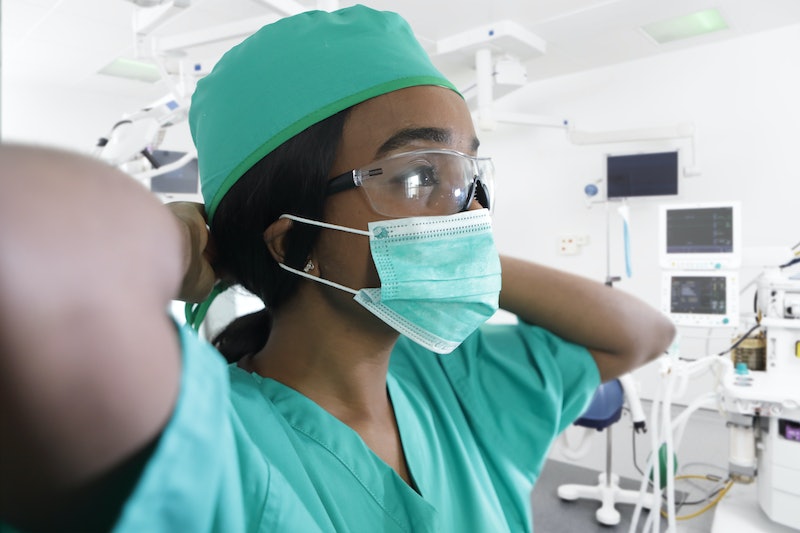 A new study by the Royal College of Physicians (RCP) has discovered that Black, Asian, and minority ethnic (BAME) doctors are "consistently disadvantaged" when applying for senior roles in the NHS.

The RCP, which has a 500-year history and around 38,000 members, says it has uncovered "years of discrimination" against BAME doctors in its latest survey. Based on eight years of data, the RCP shared that, while white doctors appeared to apply for fewer posts, they were "more likely" to be shortlisted and to be offered the job.

In the report, 399 newly qualified consultants (in 2018) were asked about their current working situation.

The RCP found white respondents had a "98% chance of being shortlisted" after their first application, compared with "91% of BAME respondents."

Speaking about the findings, Professor Andrew Goddard, president of the RCP, said: “It is clear from the results of this survey that racial discrimination is still a major issue within the NHS. It’s a travesty that any healthcare appointment would be based on anything other than ability. We need to make sure that everyone is given equal opportunities to achieve their potential and that the best doctors are appointed to the right jobs."

He added: "I look forward to working closely with the NHS, the [General Medical Council], and other medical bodies to do everything we can to put an end to racial discrimination in healthcare for good.”

The survey has ignited conversations around ingrained racial bias in the health service. Back 2018, the NHS was accused of "racial discrimination in pay" after evidence showed that white senior doctors earned almost £5000 more than doctors from BAME backgrounds, says the Guardian.

The RCP says it is working with NHS England and Improvement, NHS Employers, and the General Medical Council to ensure there's a "level playing field."

"Never has there been a greater need to address and stamp out discrimination in medicine," says Dr Darren Kilroy, executive medical director, countess of Chester NHS Foundation Trust, and chair of NHS Employers Medical Workforce Forum.

Kilroy continued: "Over many years in practice, I have had the privilege and good fortune to work alongside superb BME colleagues, many of whom were inspirational and instructional in my own career development. The colour of their skin was utterly irrelevant to me, as it is and should be to anyone. Let’s embrace professionalism, excellence and fairness and rid our healthcare culture of bias at every possible turn."

More like this
Gen Z Are Twice As Likely To Identify As Queer, According To New Data
By Sam Ramsden
Here’s Where The NHS Nurses’ Strike Currently Stands
By Sophie McEvoy
Twitter Has *A Lot* To Say About The "Single Penalty”
By Sam Ramsden
Pret & Costa’s Coffee Is The Strongest On The High Street, According To Which?
By Sam Ramsden
Get The Very Best Of Bustle/UK
Sign up for Bustle UK's twice-weekly newsletter, featuring the latest must-watch TV, moving personal stories, and expert advice on the hottest viral buys.