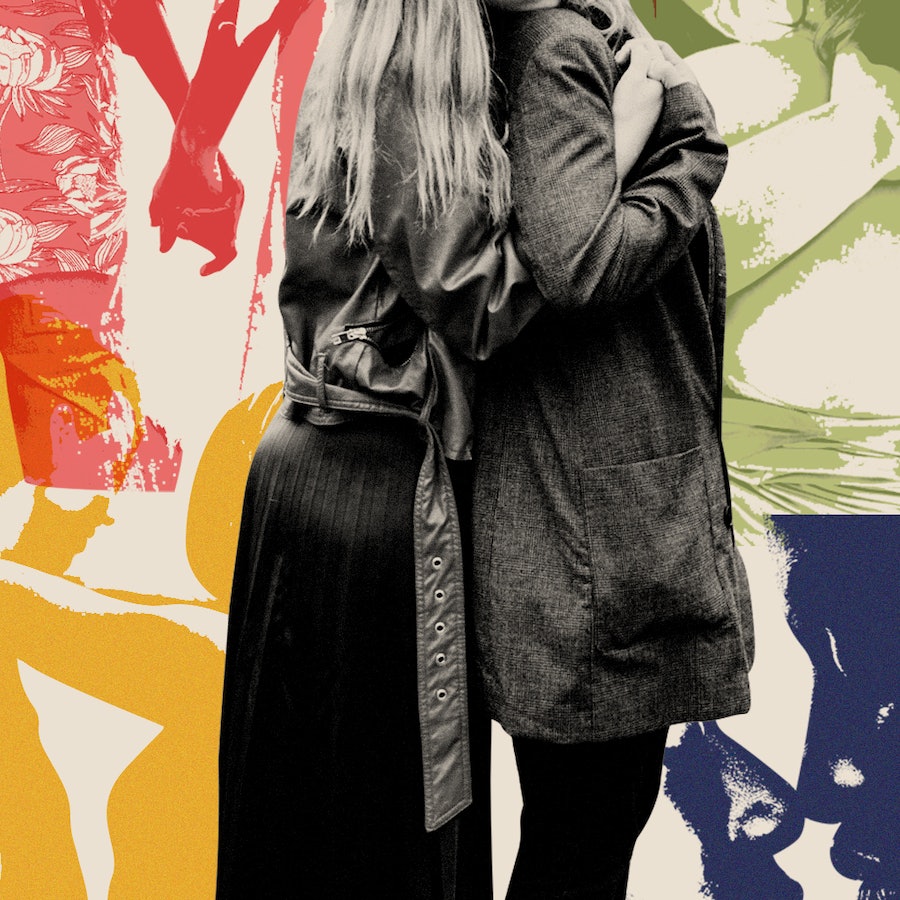 Girl, have you seen the Niecy Nash wedding photos? was a message that popped up more than once in my September DMs. The photographs are super cute. At a small garden ceremony, the newly-married Claws star Nash and singer Jessica Betts sport smiles that outshine their spanking bright wedding gear. The couple grooves with the easy confidence of friends who have known each other for years, because they have.

Scroll back two years on Betts’ feed and you’ll find an adorable Instagram video where the two duet at Nash’s wedding to her now ex-husband. Hearing them harmonize to one of Betts’ songs is pure joy and it feels impossible that two people with this much natural charisma had never considered that they belonged together. Was Niecy Nash gay this whole time? my DMs inevitably ask.

My girlfriends aren’t really asking each other if Niecy Nash was flying under the radar. They are asking themselves: Am I?

For a long time, the concept of a not-straight woman didn’t exist in my world. I say “not straight” because I was distinctly aware of the LBGTQ+ community and also convinced I wasn’t a part of it. It didn’t matter who I was attracted to. I was straight-presenting and grew up in a conservative Southern community. I didn’t “have to” date women, so, I was straight. A product of the culture at large, I called myself straight because I was still attracted to men and, even in desiring women, nothing about me read as outside the status quo.

My girlfriends aren’t really asking each other if Niecy Nash was flying under the radar. They are asking themselves: Am I?

A lot of women around my age are the same way. We came of age in the late '90s and '00s, where women who like women were written off as just doing our part to keep sex interesting for the patriarchy. Katy Perry’s “I Kissed a Girl” played on the radio. On mainstream television, Lynn from Girlfriends proudly exclaimed, I’m just a freak!, quickly dismissing queerness by playing up sex with women as an extension of her liberated promiscuity. Straight women were supposed to find women sexy. Straight women used their desire for women as a way to excite men. I had too much respect for the women I desired to enlist them in a male fantasy. And I was too naive to understand, for many years, this all meant I wasn’t straight.

Although the structure around lesbian identity felt very clear to me, every model I had for being a queer or bi woman was quickly invalidated. Everybody I knew growing up had a “straight” cousin who had a “roommate” or a divorced aunt who’d bring her confirmed girlfriend to the family cookout only to have the older folks call her “confused.” I watched the media Salem-Lesbian Witch Hunt every celebrity who appeared on the arm of both men and women — platonic or romantic — from Anne Heche to Cynthia Nixon, to Oprah and Gayle, burying Whitney Houston and her best friend Robyn Crawford so deep in the closet it wasn’t until nearly a decade after the superstar's death that her beloved felt comfortable admitting to their intimacy. In light of these stories, my generation was quick to believe that “straight” women who loved women had given up on men or just hadn’t found the right Prince Charming penis yet.

I married a man. Even after my marriage ended and I began to date diversely, I shied away from using the terms “queer” or “bi” to describe me because of the stigma. We still hadn’t — or haven’t — fully accepted the legitimacy of bisexuals as committed, decisive, serious, monogamous (if one chooses), vulnerable, and safe. I believe that, whether we choose to explore it or not, most of us have a wider capacity for whom we can love than we often imagine. I say this because — as a formerly married woman who sees so many formerly-married or long-partnered women abandon heteronormativity in their later years in search of their heart match — finding a love that feels real is an evolution, not an investment in the expectations of a community.

What I know now is different than the world that was open to me as a young person, and different still from the world I recognize in the Gen Zers I mentor as a college professor — many of whom labeled themselves gay, bi, queer, pan, or poly before they even had their first kiss. I love their freedom and worry our culture’s tendency to hyper-identify is still patriarchal. We need a world in which straight is not the default. Our culture demands people pick a box in which to identify so that it can determine our value — “straight” until proven “guilty.” The idea that we owe an answer, or label, to anyone often lets other people decide what kind of relationship is suited for us before we do.

Without clear ties to the LBGTQ+ community, some women get concerned about being seen as a “straight” interloper in queer spaces — someone curious about the experience but not serious about the cause.

Women — people — suffer tremendously because we are taught to accept love on a spectrum of toxic to healthy but still treat looking for a partner as a binary. What if we reversed that? What if healthy love were the only binary we needed and we opened ourselves up to the spectrum of people we can find this with?

The path toward exploring love that is broad and multigendered can feel uncharted. Without clear ties to the LBGTQ+ community, some women get concerned about being seen as a “straight” interloper in queer spaces — someone curious about the experience but not serious about the cause. To combat the heteronormative boundaries that prevent women from exploring their sensuality fully, women entrepreneurs are busy building new spaces in which they can safely seek the kinds of connections that suit them.

"Straight"... But Not Narrow Ladies, out of Brooklyn, is an organization founded by two women, G and Dee (“Yes, it rhymes,” they say, “but that was not intentional”), as a meetup group in December 2019 and launched a website in April. The group curates socially-distanced and quarantine-friendly “experiences for bi, curious, and queer femmes of color.” The goal of groups like “Straight...,” they say, is to empower women to “embrace their authentic selves.” Their website carries a steady roster of events for attendees to get to know each other, feel included, and build relationships. But much of the work they champion is each individual developing an honest and nonjudgmental inner dialogue to break down toxic narratives so we can hear what our authentic selves are saying.

As Niecy Nash put it in her post-wedding interview for People, her marriage to Jessica Betts was not about “coming out” but “going into herself.” That is the goal. It is about listening to who truly connects with our spirit. Love is waiting for us to embrace us.