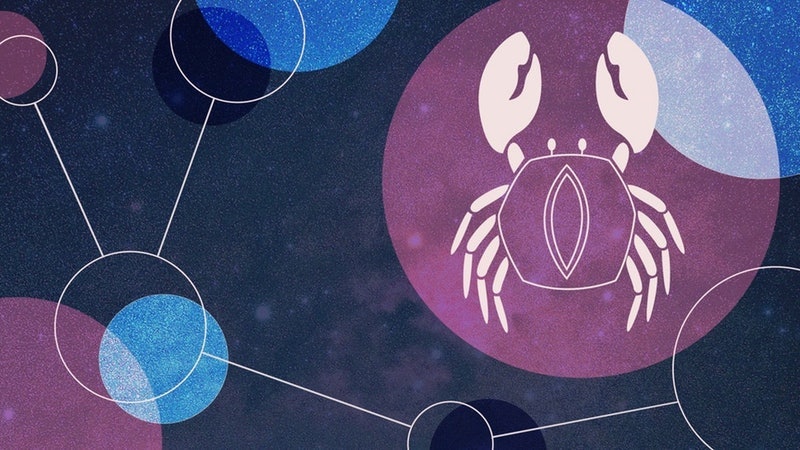 Here's Your October 2020 Horoscope For Cancer

October will be transformational for your career, legacy, close relationships, and partnerships. You’ve probably been feeling the weight on your shoulders, Cancer, especially because you’re so naturally empathetic. As Mars retrogrades within Aries in your house of career, reflect on the direction your life and legacy are headed. This isn’t to say you’re doing anything wrong, Cancer. It’s possible numerous people are reaching out to you to be a part of their personal projects. Try not to over-commit yourself and avoid forming relationships that you genuinely cannot sustain. On October 13, Mercury turns retrograde in Scorpio, encouraging you to explore beneath the surface, which might mean becoming more intimate with yourself and others. On October 22, the sun enters Scorpio shining a light on your creative projects and endeavors — don’t shy away from the spotlight.

What October 2020 Has In Store For Cancer’s Relationships

Tarot Card of the Month For Cancer

Five of Cups: All is not lost — take what’s gone and sustain what’s stayed.