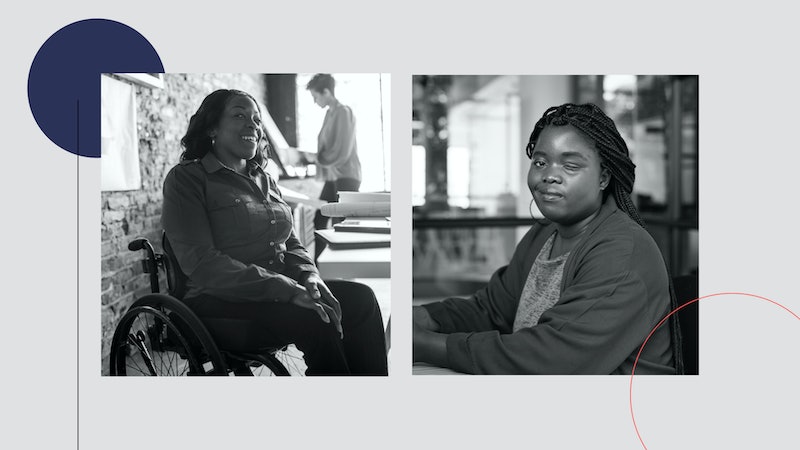 In December 2018, disability campaigners Olajumoke Abdullahi and Kym Oliver (who go by the Triple Cripples) spoke to Metro about the realities of living as a Black person with a disability in the UK.

"Disabled people are practically non-existent in mainstream media. Now imagine how underrepresented Black and non-Black, women, femmes or non-binary people with disabilities are," Abdullahi and Oliver told the newspaper, highlighting the "lack of representation and unaddressed discrimination" they and others faced on "a daily basis."

Last month (June 2020), the CEO of Disability Rights UK, Kamran Mallick, released a statement with notably similar sentiments to what Abdullahi and Oliver had spoken about almost two years previously. The statement, which came in response to the increased action and discussion around the Black Lives Matter movement, said: "We know that globally, a quarter of Black people are disabled compared to one in five white people."

It continued: "We know that disabled adults from Black British ethnic backgrounds face more barriers to accessibility than all other ethnic groups."

Black disabled people are "less visible, less heard, and less represented in society" Mallick wrote, making clear that the issues Abdullahi and Oliver raised 17 months earlier (issues that have persisted in UK society for decades, if not centuries) are nowhere near being adequately addressed.

And the issue becomes even more apparent when you begin to look into the resources available for Black disabled people in the UK. In every corner of the country, there is a significant lack of charities, non-profits, platforms, networks, organisations, or support groups for those whose experiences of discrimination cross the intersections of anti-Blackness and ablism.

However, despite being in short supply, there are some individuals and organisations out there working tirelessly to improve the lives of Black people with disabilities and to provide support and advice. To find out more about these groups, what they do, and how you can support them, you will find a list below.