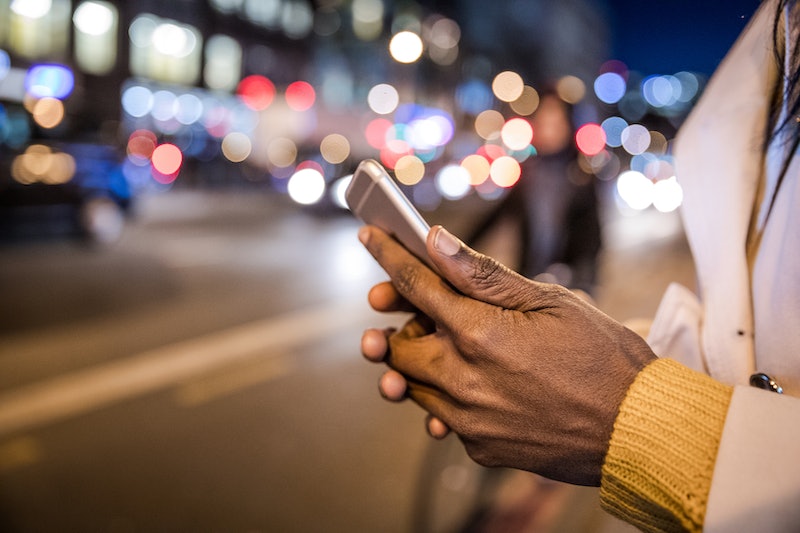 In the wake of Sarah Everard’s murder, downloads of safety apps surged across the UK. WalkSafe, for example, became the fastest-growing safety app in the country since its launch in March 2020. Since then, another safety app has been introduced called Path Community, which has even received backing from the Home Office.

However, many campaigners and those on social media have warned that the app does nothing to tackle the root cause of women’s fears regarding safety, which is gendered violence. Reclaim These Streets’ Anna Birley went so far as to say the Home Office’s backing of the app was “insulting to women and girls”, highlighting that “the problem is that male violence” is what makes women and girls “feel unsafe” when walking alone.

What Is The Path Community App?

Path Community is a free and non-profit app that markets itself as a crowdsourced safety and navigation platform. It was created “to ensure that no one ever feels unsafe regardless of their race, gender, sexual preference or background,” according to its mission statement.

The app helps you get where you need to go “in the safest way possible” by recommending safe routes and highlighting areas of concern that are flagged to local councils and police. The app tracks your route and will notify a “guardian” you’ve chosen from your contacts if you stop moving, stray 40m away from the designated route, or start moving at a “dramatically increased speed.”

Why Are Some Against The App?

Describing the Home Office’s support of the app “insulting to women and girls”, Anna Birley from Reclaim These Streets explained to The Guardian that more safety apps are not enough to tackle the problem of male violence against women. “We already share our location, we already ask our friends to text us when they get home,” she said, adding, “We already wear bright clothes, stick to the well-lit routes, and clutch our keys.”

CEO of Rape Crisis England and Wales, Jayne Butler, agreed, telling Stylist that “Another app is not the solution to the underlying issue.” Instead, she would like to see an “initiative from the Home Office that addresses the behaviour of violent men, not that asks women to do yet more work to keep themselves safe.”

“We already share our location, we already ask our friends to text us when they get home. We already wear bright clothes, stick to the well-lit routes, and clutch our keys”

Chief Executive of Women’s Aid, Farah Nazeer, also highlighted the possibility of apps like Path Community being misused by abusers. Apps like this could “potentially extend an abuser’s reach beyond the home, controlling women in spaces they previously felt safe and free.” There’s also a risk of apps like this being used in instances of stalking, as noted by Paladin, the national anti-stalking advocacy group. The group told BBC News that tech firms “need to do more to protect victims if tech is misused.”

Harry Mead, the creator of the app, has said he and the developers were “very conscious” of the issue of potential misuse, and have designed the app to be “as private as possible while providing maximum safety.”

Who Supports The App?

Home Office Minister, Rachel Maclean, said apps like Path Community should be part of wider plans to help women and girls safer. “We need a whole-of-society approach to tackling violence against women and girls,” she told the Guardian, “and I welcome initiatives from the private sector that deliver this aim.”

Police organisations are also in support of the app, which was trialled by around 500 people last year, including Metropolitan Police officers in Southwark and Lambeth in South London. The Home Office also launched an online tool called StreetSafe with the police following the launch of its Tackling Violence Against Women and Girls Strategy in 2021, which allows the public to anonymously report unsafe areas.

More like this
Gen Z Are Twice As Likely To Identify As Queer, According To New Data
By Sam Ramsden
Here’s Where The NHS Nurses’ Strike Currently Stands
By Sophie McEvoy
What The UK Blocking Scotland’s Gender Recognition Bill Means
By Sam Ramsden
This Wordle Rival Is Taking Social Media By Storm
By Sam Ramsden
Get The Very Best Of Bustle/UK
Sign up for Bustle UK's twice-weekly newsletter, featuring the latest must-watch TV, moving personal stories, and expert advice on the hottest viral buys.