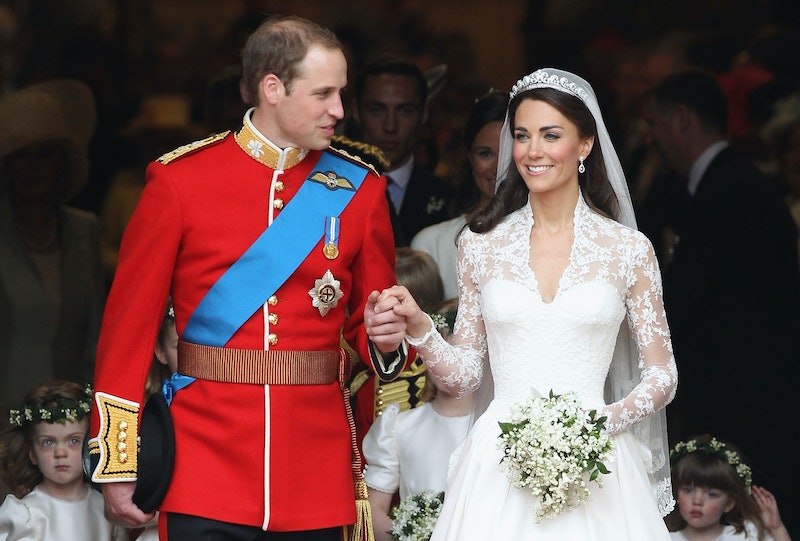 Marrying into the British royal family comes with great responsibility and personal sacrifice, as we know. When the Duke and Duchess of Cambridge tied the knot in 2011, Kate Middleton was presumably ready to give up certain aspects of her previous life. However, prior to the couple's wedding, Prince William made a promise to Kate that broke with a long-standing royal tradition, allowing her to keep one key element of her former life: her ties to her own family.

Per The Sun, William reportedly assured the Duchess that she would not be forced to leave her family behind upon her entry into "The Firm". The heartfelt promise will have no doubt been welcomed by Kate, who is known to be very close with her parents, Carole and Michael, and siblings, Pippa and James.

Speaking in the Amazon Prime documentary Kate Middleton: Working Class to Windsor, Vanity Fair's royal correspondent Katie Nicholl breaks down how the couple parted ways with decades of royal tradition. “Once you married into the Royal Family, you became a Windsor and that was that. Well, it was different when Kate and William got married."

In the documentary, Nicholl adds: "When William asked Kate to marry him, he made it very clear that she wouldn’t have to leave her family behind her once she married into his family. He promised her that they’d always stay a part of the family and they have done. Whether it’s joining the Queen at Ascot or being on an important barge within the Queen’s fleet at the Diamond Jubilee celebrations, they’ve been there.”

As the Mirror reports, Prince William appears to have kept to his promise throughout the years, and Kate's entire family continue to be a huge part of the the Duke and Duchess' lives, attending major events such as Prince Harry and Meghan Markle's 2018 wedding, alongside the royal family.