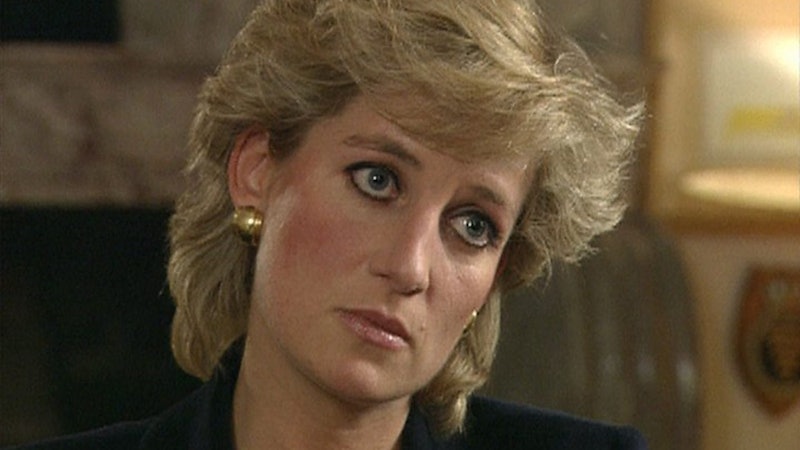 Princess Diana's brother has demanded a BBC inquiry into forged bank statements that were allegedly used to secure a historic Panorama interview with his late sister.

In a letter to BBC director-general Tim Davie, Charles Spencer accused the corporation of "sheer dishonesty", and claimed journalist Martin Bashir, who conducted the 1995 interview, had presented falsified bank statements which incorrectly showed that two senior courtiers were being paid by security services for information on Princess Diana.

As the Daily Mail reports, Spencer wrote: “If it were not for me seeing these statements, I would not have introduced Bashir to my sister. In turn, he would have remained just one of thousands of journalists hoping that he/she had a tiny chance of getting her to speak to them, with no realistic prospect of doing so.” In addition to his demands for a formal inquiry, Spencer also called on the BBC to issue his family and the wider public an apology for Bashir's actions.

Referencing former BBC director-general Tony Hall, he continued: “Why did Tony Hall’s inquiry not seek the truth from me? Why did it bend over backwards to whitewash Bashir? Who knew the extent of his yellow journalism when securing what Hall calls the interview of the decade… or of the generation?"

"The sheer dishonesty of what I’ve seen in the BBC 25 years ago, both in Bashir and his colleague’s actions in securing the interview, and the whitewash under Tony Hall’s name, demands it," Spencer added.

The letter arrives after the BBC's director-general declined to open an investigation into the allegations, but apologised for the use of fake bank statements.

As per The Guardian, the BBC has insisted the bank statements did not influence Princess Diana's decision to take part in the Panorama interview, and claim Diana had previously expressed she was not misled in a now misplaced letter.

“The BBC is being as open as we can be about events from a quarter of a century ago,” the broadcaster said in a statement. "Our records show the focus of the BBC’s investigations into these events was whether or not the Princess of Wales had been misled, and they show that the BBC’s key piece of information was the handwritten statement from the Princess of Wales, who said she hadn’t seen the mocked-up documents and they had played no part in her decision to take part in the interview."

“None of this means the BBC won’t properly look at issues raised. If anyone has substantial new information they would like to share with us, we are encouraging them to do so. While Martin is unwell, however, we are unable to progress this further," the statement concluded.

Diana's bombshell Panorama appearance saw the Princess of Wales refer to Prince Charles' relationship with Camilla Parker-Bowles, now Duchess of Cornwall, and was watched by an estimated 23 million people in November 1995.

More like this
Princess Diana’s Brother Shared A New Photo Connected To Her Childhood
By Darshita Goyal
Kate Middleton Wore The Ultimate '90s Power Suit
By Sam Ramsden
Helena Bonham Carter Doesn't Think 'The Crown' “Should Carry On"
By Sam Ramsden
The Spice Girls Are Set To Reunite At King Charles III’s Coronation
By Sam Ramsden
Get The Very Best Of Bustle/UK
Sign up for Bustle UK's twice-weekly newsletter, featuring the latest must-watch TV, moving personal stories, and expert advice on the hottest viral buys.