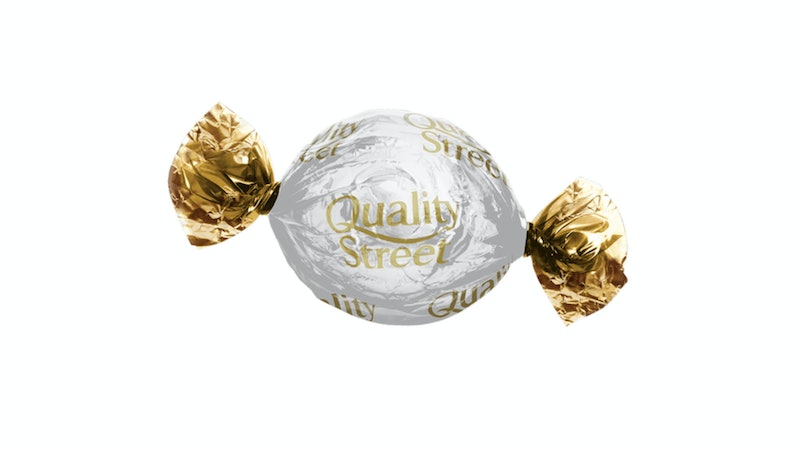 Nestlé have introduced a brand new flavour to the Quality Street family and we don’t know whether to be excited, scared, or both.

The new addition is the brand’s first ever white-chocolate-based treat in 85 years of Quality Streets. The Crème Caramel Crisp will become the line-up’s 12th flavour after one of their toffee offerings was discontinued in 2020.

The Crème Caramel Crisp – which became available on on Tuesday, September 21 – combines milk and white chocolate on the outside and has pieces of crunchy biscuit on the inside. Unsurprisingly, it also has a a crème caramel flavour. The new sweet comes wrapped in gold and silver packaging (oo la la) and is domed in shape.

Regular Quality Street fans need be wary of a re-haul, though, as the Crème Caramel Crisp will not be included in standard purple tubs this Christmas. Instead, it will be available to purchase at pick-n-mix stations in some John Lewis stores so you can choose not to try it at all if you don’t want to.

However, judging by the testimonies from initial taste tests, the new sweet is definitely worth a try. On September 21, the Guardian spoke to a number of shoppers at the Oxford Street John Lewis who sampled the sweet. Marie Soupe, 71, said it was “lovely and “very moreish.” Muhamad Hamzapur, 18, agreed, calling it “delicious.”