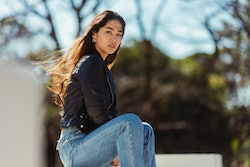 International Women's Day falls on March 8 each year with a new agenda and an evolved inspiration. This year, #ChooseToChallenge is the theme, which means that it's our job to call out gender bias and inequality, as well as celebrate the achievements of women worldwide. While that's no small job, there are many ways we can each support the cause together, creating an amplified effect. Social media is a powerful and effective way to spread awareness and raise support for a cause, so you'll want to check out these quotes to share on International Women's Day 2021. Taking a few minutes to put together a meaningful and inspirational post on social media is an easy but helpful way to make a statement.

Here we’ve rounded up a collection of inspirational musings and sentiments about the gender gap, women's rights, women's safety, and the future of gender equality. Share these quotes on social media on March 8 and inspire your friends and followers to spread the word, too. The more we share, the more opportunities we create to teach others about gender equality around the world and just how much work we have yet to do. The more noise you make, the closer we get to balancing the scale and #ChooseToChallenge. So pipe up, and spread the word. Here are a few quotes you might want to consider sharing as Instagram captions, tweets, or Facebook posts.

"Women belong in all places where decisions are being made... It shouldn't be that women are the exception." - Ruth Bader Ginsburg

“I raise up my voice-not so I can shout but so that those without a voice can be heard...we cannot succeed when half of us are held back.” - Malala Yousafzai

"Achieving gender equality requires the engagement of women and men, girls and boys. It is everyone's responsibility."- Ban Ki-moon

“In the future, there will be no female leaders. There will just be leaders.” - Sheryl Sandberg

"I am a Woman Phenomenally. Phenomenal Woman, that's me." -Maya Angelou

"To all the little girls who are watching, never doubt that you are valuable and powerful and deserving of every chance and opportunity in the world to pursue and achieve your own dreams." - Hillary Clinton

"Gender equality is more than a goal in itself. It is a precondition for meeting the challenge of reducing poverty, promoting sustainable development and building good governance." - Kofi Annan

“Reproductive freedom is critical to a whole range of issues. If we can’t take charge of this most personal aspect of our lives, we can’t take care of anything. It should not be seen as a privilege or as a benefit, but a fundamental human right.” - Faye Wattleton

“Feminism has never been about getting a job for one woman. It's about making life more fair for women everywhere. It's not about a piece of the existing pie; there are too many of us for that. It's about baking a new pie.” - Gloria Steinem

“Women are the nourishing power of the Universe. Whoever has deep respect for women of the world, will remain free from diseases.” - Amit Ray

“Of all the evils for which man has made himself responsible, none is so degrading, so shocking or so brutal as his abuse of the better half of humanity; the female sex.” - Mahatma Gandhi

“Women endure entire lifetimes of these indignities—in the form of catcalls, groping, assault, oppression. These things injure us. They sap our strength. Some of the cuts are so small they’re barely visible. Others are huge and gaping, leaving scars that never heal. Either way, they accumulate. We carry them everywhere, to and from school and work, at home while raising our children, at our places of worship, anytime we try to advance.” - Michelle Obama

“We need to reshape our own perception of how we view ourselves. We have to step up as women and take the lead.” - Beyoncé

“We all fight over what the label ‘feminism’ means but for me it’s about empowerment. It’s not about being more powerful than men – it’s about having equal rights with protection, support, justice. It’s about very basic things. It’s not a badge like a fashion item.” – Annie Lennox.

“I myself have never been able to find out precisely what feminism is: I only know that people call me a feminist whenever I express sentiments that differentiate me from a doormat.” - Rebecca West

“Feminism is the radical notion that women are human beings.” - Cheris Kramarae

“Equality is not a concept. It's not something we should be striving for. It's a necessity. Equality is like gravity. We need it to stand on this earth as men and women, and the misogyny that is in every culture is not a true part of the human condition. It is life out of balance, and that imbalance is sucking something out of the soul of every man and woman who's confronted with it. We need equality. Kinda now.” - Joss Whedon

“If particular care and attention is not paid to the ladies, we are determined to foment a rebellion, and will not hold ourselves bound by any laws in which we have no voice or representation.” - Abigail Adams

“The history of men's opposition to women's emancipation is more interesting perhaps than the story of that emancipation itself." - Virginia Woolf

“Feminism has never been about getting a job for one woman. It's about making life more fair for women everywhere. It's not about a piece of the existing pie; there are too many of us for that. It's about baking a new pie.” - Gloria Steinem

This article was originally published on March 4, 2019