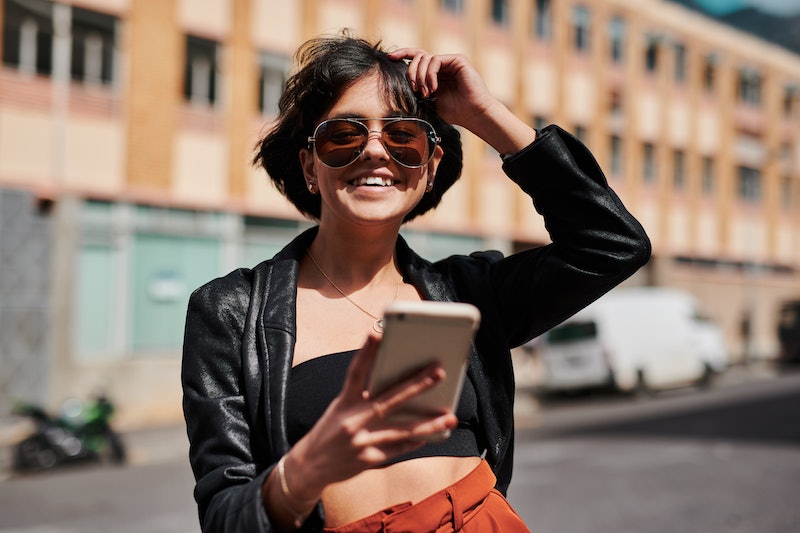 If you saw Selling Sunset star Emma Hernan claim she met Ben Affleck on the exclusive dating app Raya (which he’s denied) in Season 5 of the reality show, or watched the viral videos of Affleck and Matthew Perry’s alleged exchanges with their matches 700 times in a row, you likely have a lot of questions. While no one can say for sure what might prompt a famous actor to leave a video for someone who unmatched him, knowing how the celebrity-favorite dating app works is a little more straightforward.

Launched in Feb. 2015, by tech developer Daniel Gendelman, Raya is an invite-only, exclusive dating app that deems itself a “Digital Dinner Party” for people in “creative industries.” Though its intentional secrecy and intrigue have earned the app the title “Illuminati Tinder.” In 2018, Gendelman told The New York Times that Raya had over 10,000 members across “dozens” of countries. While members are not allowed to name-drop who they’ve seen on the app, Us Weekly, reports a number of celebrity sightings on Raya including Demi Lovato, John Mayer, Channing Tatum, Kiernan Shipka, Drew Barrymore, and Lizzo.

How Do I Get On Raya?

Like a Telfar Shopping Bag, a Raya membership is hard to secure. According to The New York Times, Raya has an 8% acceptance rate, meaning joining the app is akin to getting into an Ivy League college. According to the app’s website, Raya admission is a multi-step process. You need to fill out an application viewed by “hundreds of anonymous committee members.” You also need a referral from someone (or, according to some users, a lot of people) already on the app. Then, you wait.

Ryan, 27, a model and artist from Brooklyn, got on Raya in 2018. “Being on it makes me feel like a hot b*tch, because it’s supposed to be so exclusive,” Ryan, 27 tells Bustle. “It’s a good way to meet creatives and cool people that usually wouldn’t be on Tinder.”

How Long Does It Take To Get Off The Raya Waitlist?

In 2018, Business Insider reported the Raya waitlist was over 100,000 people. Additionally, if you don’t make the cut, Raya likely won’t send you a rejection notice — various users say your application will just say “pending” forever.

Ryan shares that having many friends already on the app refer him likely helped move his application along. Though he was only on the waitlist for a week, Ryan shares that in the last year, he’s referred a dozen of his friends. It’s taken them multiple weeks to hear if they’ve been accepted.

“When people sign up they see their contacts who are on the app and if [they] pick one for a referral, they get a pop-up asking if they would refer you or not,” Ryan says.

While the site says Raya adds new members every day and that it could take “anywhere from a day to a few months” to get admitted to the app, it’s hard to tell how long the average wait time is. Laura, 32, an artist and model from LA, says that she’s been on the waitlist for over two years. One reviewer on the App Store has been waiting since 2017. Even former Bachelorette Hannah Brown took to Instagram in Feb. 2020 to complain about being on the waitlist for months.

"I’ve even messaged them asking and they just told me to wait,” Laura tells Bustle. “I get the impression that’s it’s just influencers on there. A friend with a lot more Instagram followers than me was accepted, and told me that’s largely what she sees.”

How Does Raya Work?

Though Raya may be dubbed, “Tinder For Famous People,” the music and slideshow function makes it feel more like a ...PowerPoint. “You pick a song and a make a slideshow of your pictures,” Ryan says. “While you view the slideshow, the song plays in the background.”

Like Tinder, Raya operates on a swipe, match, and message system. If you click on someone’s photo, their slideshow and song will start playing. From there you can swipe “Yes” or “No.” If both people say, “Yes,” you can text message or video chat within the app. But, matches expire after 10 days if no one bites the first message bullet, and you’re only shown a limited amount of profiles per day. “It’s like five to 10 [profiles] every few hours I think,” Ryan says. As one App Store reviewer puts it, “You only see a few people per day, so it’s not just a numbers game.

In addition to the slideshow, users upload one main picture for their profile, a short bio, along with their age, location, and work. “You apply with Instagram,” Ryan says. “So your handle is on the page.” Ryan says he has 8-10 photos on his slideshow. While your Instagram handle is on your page, you will have to upload your own photos.

Unlike Tinder, your potential Raya matches can be from all over the world. You can’t filter by location — only age and gender. There’s a “Maps” page to find users near you, but Ryan says it’s an extra cost to message people near you.

The Rules Of Raya

Ryan couldn’t share screenshots of the app, because that could get him kicked off. These guidelines go for celebs too. In 2018, Vanderpump Rules’ Stassi Schroeder tweeted about being kicked off for simply “talking about” the app in public. Once you get accepted to the app, Ryan says you have to agree to a list of rules. On Raya’s website, the guidelines say applicants must be over 18, not have public depictions of hate, and can’t have “consistent displays of excessive wealth.”

The guidelines read: “Every member is expected to follow our simple rules of respect, trust, and privacy. Raya removes former members who don't share these same community ideals. Furthermore, we reserve the right to suspend or remove any membership we no longer feel strengthens our community.”

How Much Does Raya Cost?

According to the App Store, once you’re admitted to Raya, membership is $9.99 per month. But users can pay more for extra in-app purchases, such as extra likes.

What Famous Couples Met On Raya?

Because of the heightened secrecy rules, it’s hard to say which celebs found love on Raya. Though in her book, The Girl with The Lower Back Tattoo, comedian Amy Schumer alludes to meeting her ex, furniture designer Ben Hanisch on the app. But who knows, maybe a celeb will leave you a video next.