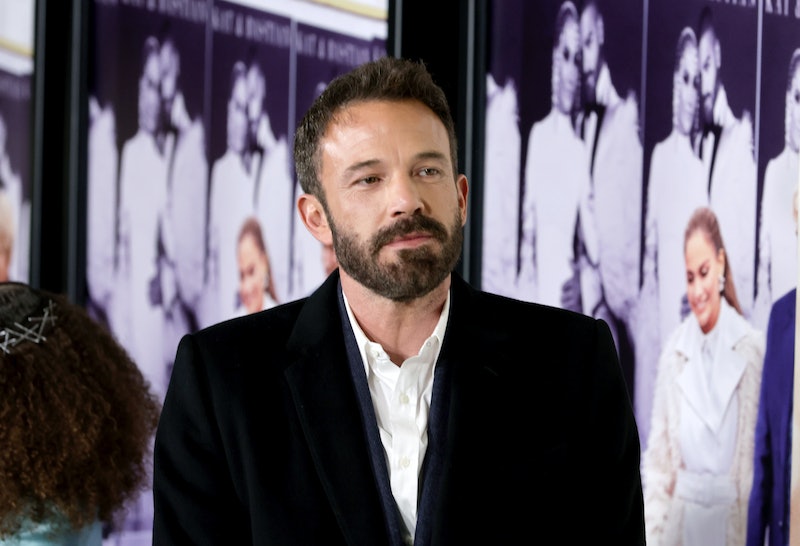 Selling Sunset’s Chrishell Stause may believe that co-star Emma Hernan could’ve “foiled Bennifer,” but Ben Affleck pushed back against her story. During Season 5 of the Netflix reality series, which premiered on April 22, Hernan claimed that Affleck messaged her on Raya “right before” his 2021 Jennifer Lopez reunion. “We have the Boston connection, so that was his opening pickup line,” she told Stause, before saying she politely declined his multiple offers to “grab coffee.” The realtor also joked that Affleck “probably would’ve grabbed other things” and that his new engagement might not have even happened, had she accepted his invitation.

After the episode aired, however, Affleck denied being on the exclusive, celebrity-favorite dating app at the time. “Raya has confirmed that he has not been an active member for several years,” a rep for the Oscar winner told People on April 22. Though the onscreen conversation was centered on Raya, Hernan did say that Affleck had been “texting” her, so it’s also possible that they met outside of the app and the two got conflated.

While discussing Hernan’s love life, Stause brought up Affleck’s name first, asking if her Oppenheim Group co-worker remembered when the actor “went viral” for a Raya interaction. What she was referring to was when a TikTok user named Nivine Jay posted an Instagram video Affleck sent her after she unmatched him on Raya in May 2021, believing he was a catfish. “Nivine, why did you unmatch me?” he asked. “It’s me.”

Though Affleck now says that his account hasn’t been active for several years, he did reveal he was on Raya in 2019. “HA, you got me. I’m dating,” he tweeted that October, attempting to use the interest in his love life to benefit a charitable cause. Explaining that he’d been in recovery for a year at that point, he asked his followers to donate to The Midnight Mission, an organization he said “helps those in need with housing, training, development, and recovery.” Added Affleck, “Raya, you in?”

Since then, Affleck and Lopez have rekindled their early 2000s romance, and they announced their second engagement on April 8. As for Hernan, she met a new man, property developer Micah, in the latest Selling Sunset installment. Since filming wrapped in December, their budding relationship “progressed a little bit,” as she told Entertainment Tonight on April 22. “Me and Micah definitely have something special,” Hernan added. “We’re definitely still enjoying each other’s company ... Maybe Season 6, there will be a label, a ring. Who knows?”

Then maybe she could delete her dating apps — and men who may or may not be famous actors — for good.