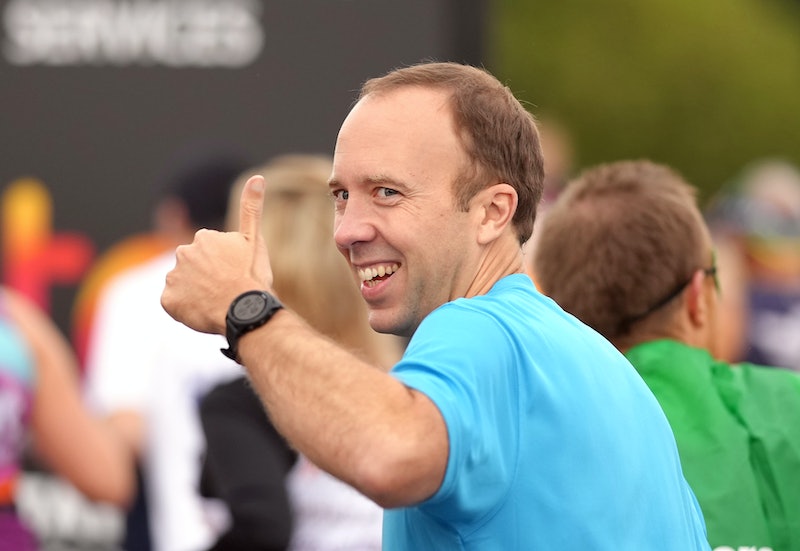 Four months since Matt Hancock resigned as Health Secretary (after breaking social distancing restrictions and kissing Gina Coladangelo, his aide at the time), the Conservative MP appears to have landed on his feet. As of this week, Hancock has been appointed as a special representative to the United Nations, confirming via Twitter that he will be helping “African economic recovery from the pandemic.” However, the government is facing backlash for Hancock’s new UN appointment, with critics accusing the politician of “failing upwards.”

Hancock took to Twitter to announce his new role as UN Special Envoy on Tuesday, October 12, along with a photo of his acceptance letter, where he wrote: “The pandemic has ravaged countries around the world, causing millions to lose their lives and negatively impacting global economies.”

He added: “As we recover from the pandemic so we must take this moment to ensure Africa can prosper.”

The Twitter post also sees a letter from UN under-secretary-general, Vera Songwe, who praises Hancock for his “success on the United Kingdom’s response to the COVID-19 pandemic and acceleration of vaccines.”

The announcement of Hancock’s unpaid new role arrived on the very same day the British government’s handling of the pandemic was described as “one of the worst public health failures in UK history,” in a new government report, entitled Coronavirus: Lessons Learnt To Date.

The damning report, led by two former Conservative ministers, highlighted “major deficiencies in the machinery of government” causing “many thousands” of deaths.

While the inquiry celebrated aspects of the vaccine rollout, it concluded that decisions made during the early stages of lockdown “rank as one of the most important public health failures the United Kingdom has ever experienced.”

With this in mind, many commentators have shared their shock at Hancock’s “tone-deaf” UN appointment.

A regular critic of the current government, activist Dr. Shola Mos-Shogbamimu, tweeted: “You mishandle the worst health pandemic in recent human history with utter incompetence & depraved indifference to life but yet rewarded with an entire continent’s economic recovery to help? With what expertise exactly? Your vile ineptitude? Stay the hell away from Africa!”

Richard Fitzgerald, former Vice President of The Royal College Of Radiologists, tweeted in response: “I find it heartless of @MattHancock to annnounce his new appointment this evening given the extra hurt #Covid19UK Bereaved Loved Ones and Those suffering #LongCovid must feel today with the #COVIDReport.”

Elsewhere, author Afua Hirsch wrote, “What did the African continent do to deserve this? It's almost as if the British government sees Africa as dumping ground for white mediocrity to attempt its redemption.”

As of October, it’s understood that 4.4% of people across Africa are vaccinated, per the World Health Organisation, as opposed to nearly 66% of the whole population in the UK.

Nick Dearden, director of Global Nations, has accused Hancock of blocking “international efforts to allow low and middle-income countries to produce their own Covid-19 vaccines.”

Speaking to the Guardian, he said, “The audacity of this man claiming to help African nations and promote sustainable development is sickening.”

There are also supporters of the appointment, however, with MP James Cleverly offering his congratulations to Hancock via Twitter, stating that he knows the former Health Secretary “will bring energy and enthusiasm to this role.”

More like this
What The UK Blocking Scotland’s Gender Recognition Bill Means
By Sam Ramsden
Watch Jacinda Arden’s Devastatingly Honest Resignation Speech
By Sam Ramsden
Twitter Has *A Lot* To Say About The "Single Penalty”
By Sam Ramsden
Here’s Where The NHS Nurses’ Strike Currently Stands
By Sophie McEvoy
Get The Very Best Of Bustle/UK
Sign up for Bustle UK's twice-weekly newsletter, featuring the latest must-watch TV, moving personal stories, and expert advice on the hottest viral buys.